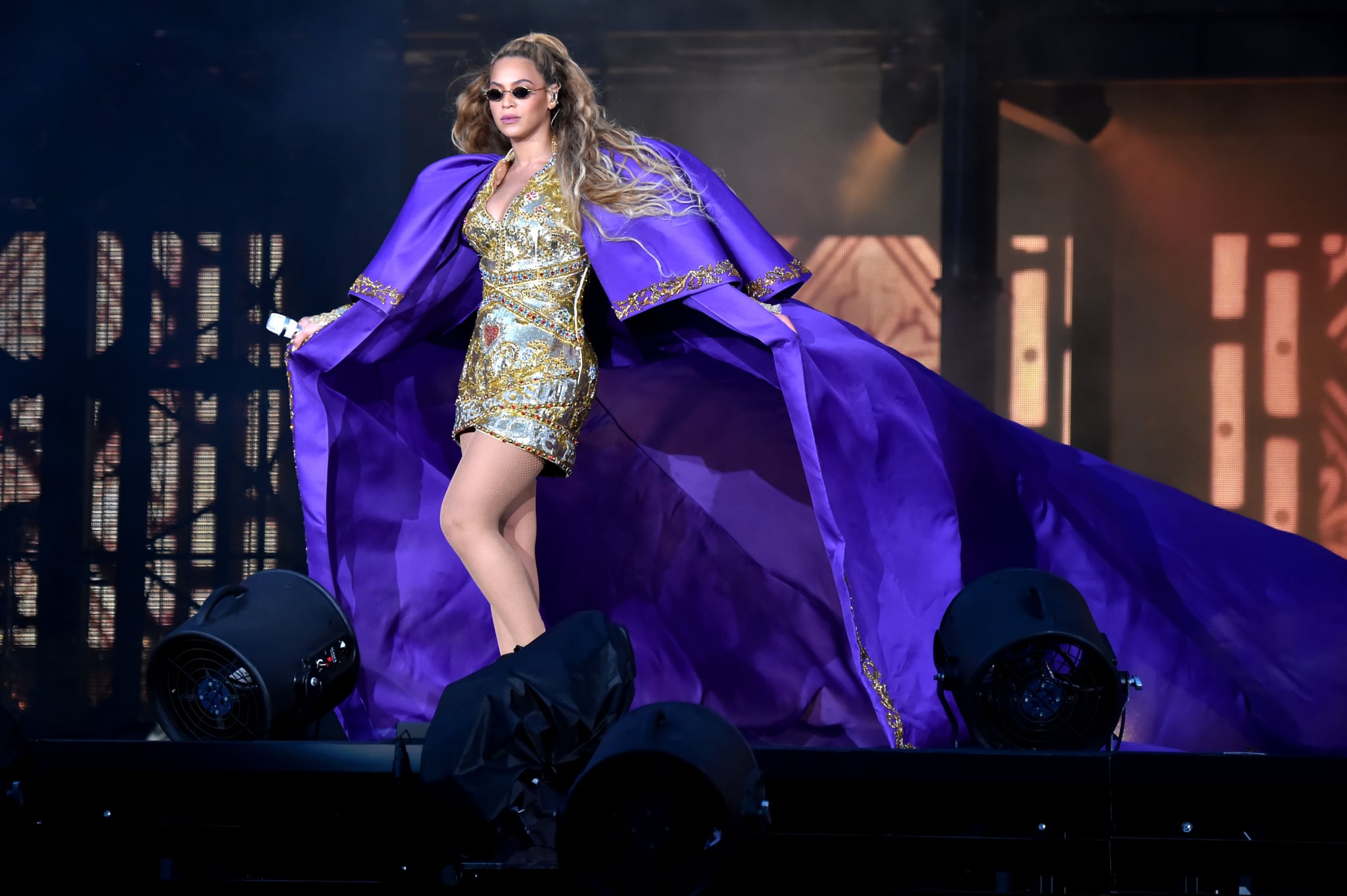 It often seems like Beyoncé is a goddess who always looks flawless and oozes confidence in everything she does. And while she does usually look amazing (and rocks one hell of a snakeskin bikini), she's also human and feels pressure to lose weight and get back into her prebaby shape ASAP, just like other moms.

"After the birth of my first child, I believed in the things society said about how my body should look," she said in the September issue of Vogue, which she had full creative control over. "I put pressure on myself to lose all the baby weight in three months, and scheduled a small tour to assure I would do it. Looking back, that was crazy."

She also revealed in the magazine that she was 218 pounds the day she gave birth to her twins, Rumi and Sir, and was swollen from toxemia, also known as preeclampsia, a life-threatening condition in pregnant women when they get high blood pressure. She ended up having an emergency C-section and afterward was much kinder to herself practicing self-love and self-care. "I embraced being curvier," she said.

How Beyoncé Prepared for Coachella

To prepare for Coachella, the music festival where she made history as the first black female headliner, Beyoncé said she ate a temporary vegan diet and gave up coffee, alcohol, and juice. This time, however, she said she was more patient with herself and enjoyed her "fuller curves."

Beyoncé on Embracing Her Postbaby Body

"I think it's important for women and men to see and appreciate the beauty in their natural bodies," she said. "To this day my arms, shoulders, breasts, and thighs are fuller. I have a little mommy pouch, and I'm in no rush to get rid of it. I think it's real. Whenever I'm ready to get a six-pack, I will go into beast zone and work my ass off until I have it. But right now, my little FUPA and I feel like we are meant to be."

We love Beyoncé's message of self-acceptance and agree that it's important to be kind to yourself. If you're embarking on a weight-loss journey, it's totally OK to be patient with yourself and practice self-care; loving yourself is more important than the number on the scale.