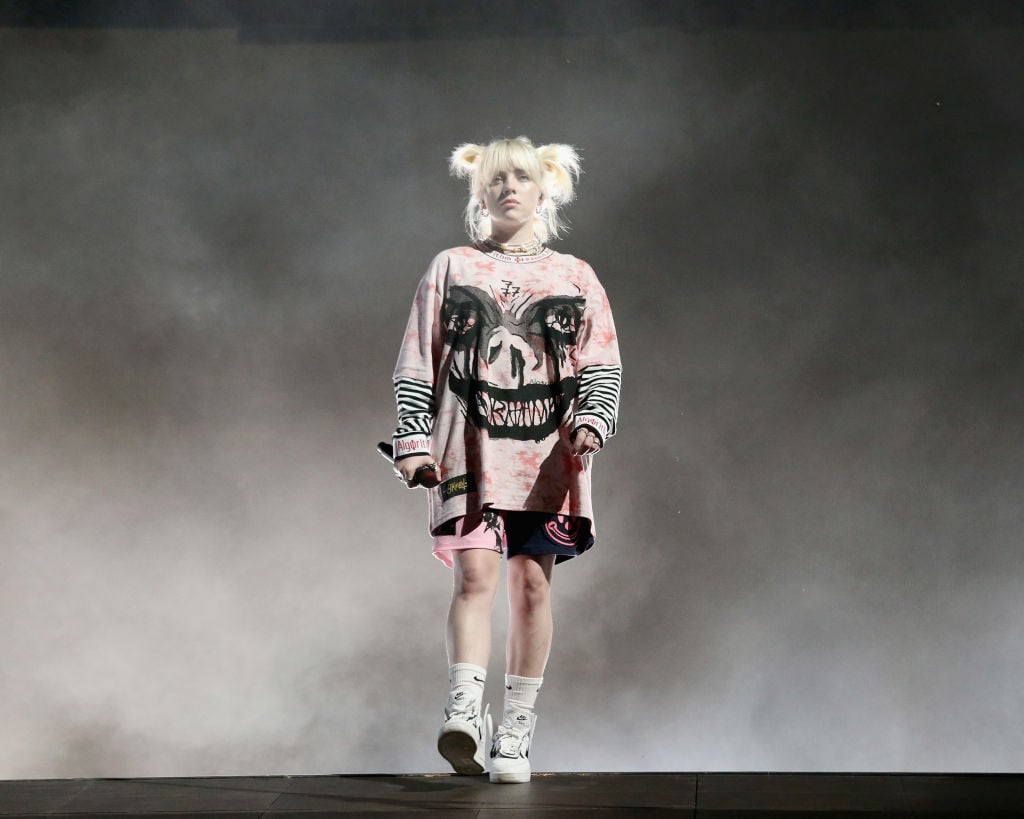 Billie Eilish is not the kind of pop star we've seen before, not least because of the raw, honest way she's taken on the complicated conversation of her mental health. In her new Rolling Stone cover story, Billie opened up about those mental and emotional struggles and the way fame has reshaped the landscape of her life, allowing fans a glimpse into the mind of a singer whose dark, off-kilter music has shaken up the music industry and resonated with millions.

Billie, 17, believes that her struggle with depression started when a serious hip injury at age 13 forced her to give up dancing, a talent she'd been honing for years. "I think that's when the depression started. It sent me down a hole," she said. "I went through a whole self-harming phase — we don't have to go into it. But the gist of it was, I felt like I deserved to be in pain."

It was around that same difficult time that her music career exploded with the release of her single "Ocean Eyes," creating a surreal dichotomy: emotional pain alongside enormous musical success. "When anyone else thinks about Billie Eilish at 14, they think of all the good things that happened," she told Rolling Stone. "But all I can think of is how miserable I was. How completely distraught and confused. Thirteen to 16 was pretty rough."

Related:
Billie Eilish Opened Up About Why She Wears Baggy Clothes — "Nobody Can Have an Opinion"

Billie shared that although she hasn't felt depressed in some time, those experiences linger in her memory and music. She sees echoes of them, as well, in the people who have connected with her songs. "Sometimes I see girls at my shows with scars on their arms, and it breaks my heart. I don't have scars anymore because it was so long ago. But I've said to a couple of them, 'Just be nice to yourself.' Because I know. I was there."

And her rocket ride to fame came with its own health repercussions, including panic attacks before Billie left for tour. "I just couldn't take the fact that I had to leave again. It felt like an endless limbo," she said. "Like there was no end in sight. And, I mean, it's true: there really is no end in sight with touring."

Billie loves what she gets to do: "I have an amazing job, dude. I really do. The things I get to do in my career have just been unbelievable." But she's also aware that her job "doesn't allow me to break down. I can't go cry somewhere, I can't go scream and be mad. I have to work." Seeing a therapist has helped, along with spending time with friends, horse riding, and prioritizing self-care when she can.

"I haven't been depressed in a minute, which is great," Billie said. "Seventeen has probably been the best year of my life. I've liked 17."

Read the full feature on Rolling Stone's website and check out more of Billie's music here.

In an emergency: If you or your friend needs urgent help, call 911 right away. Or even take your friend to the emergency room for assistance. If you feel it's safe, stay with your friend or find someone to stay with them until help arrives.

In a crisis: You are not alone, and help is always available. Get immediate support 24/7. Reach out to the Crisis Text Line by texting SEIZE to 741741 or call the National Suicide Prevention Lifeline at 1-800-273-8255. It's free, and everything you tell them is confidential, unless it's essential to contact emergency services to keep you or your friend safe.