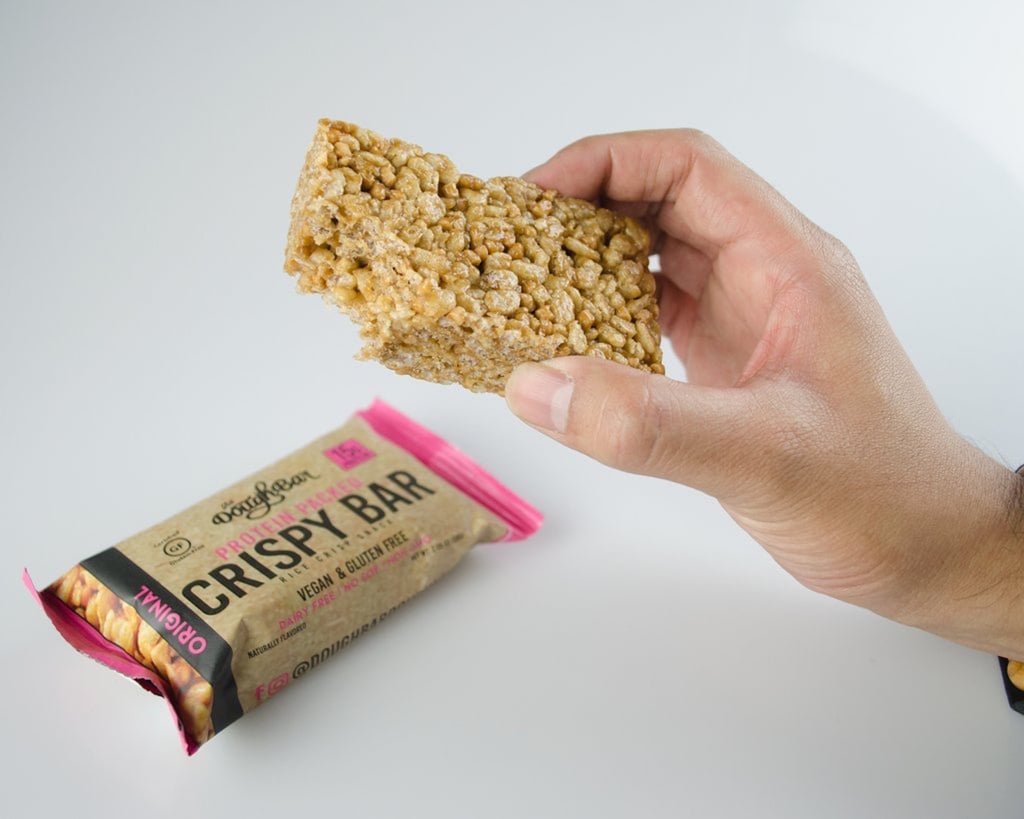 These Protein-Packed "Crispy Bars" Are Like Rice Krispies Treats, but Healthier!

Throw out your boring protein bars and clear out your pantry shelves, fellow fit foodies, because we just found a brand-spankin'-new snack that basically walked out of your wildest (and healthiest) dreams. The Dough Bar, aka the source of those droolworthy baked doughnuts filled with tons of protein, just released another heavenly treat: Crispy Bars. These chewy snacks are basically like a souped-up version of Rice Krispies Treats — and I say souped-up because each one contains a whopping 15 grams of protein and nine grams of fiber. Hello, new favorite pre-workout snack!

The Dough Bar's Crispy Bars are gluten-, dairy-, and soy-free, vegan-friendly, made by unicorns, and infused with fairy dust. (OK, totally kidding on those last two claims, but they are pretty freakin' magical.) They come in both an Original and Chocolate Chip flavor, and "they actually taste good," featuring "sufficient sweetness" and "sufficient marshmallowy taste," according to Instagram-famous snack expert and taste tester Junk Banter. Plus, they aren't as sugary as you'd expect — the Original flavor only has three grams of sugar, while the Chocolate Chip option only contains six grams. Score!

This isn't the first time we've seen a brand release a protein-filled crispy rice snack, as Enlightened released its own salivation-inducing iterations last year. It looks to us like protein-packed versions of our favorite childhood snacks are becoming a trend in the health-food world, and we're so freakin' here for it. Ahead, see and shop both of The Dough Bar's newest additions, which just hit the market on the first day of the year.

Healthy Living
It's OK to Exercise With Uterine Fibroids, but You Might Want to Skip the HIIT Workouts
by Tamara Pridgett 23 hours ago