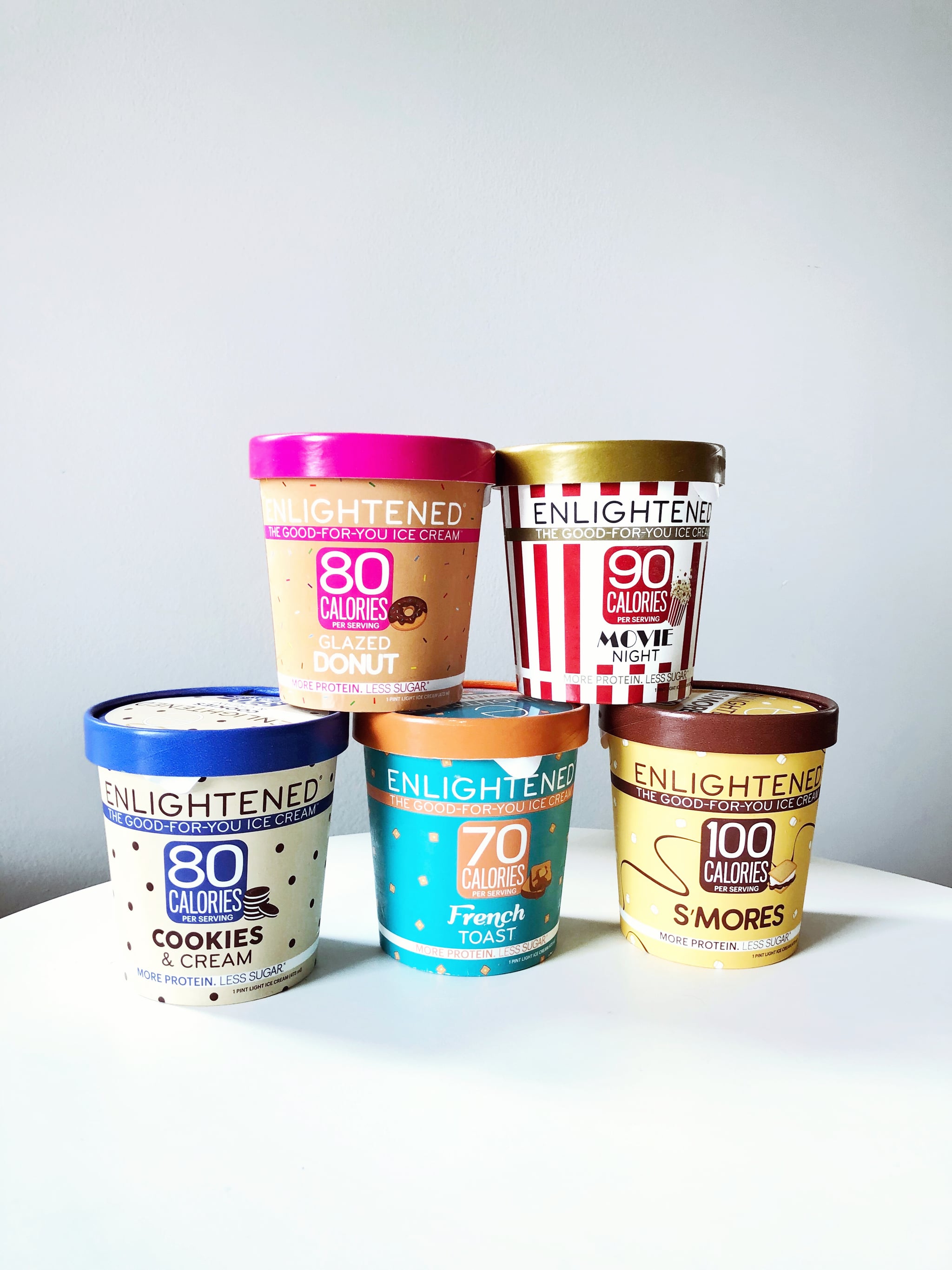 It's been a while since we've seen new flavors from Enlightened, but they came back with a vengeance. Dropping five new flavors — Cookies & Cream, Movie Night, French Toast, S'mores, and Glazed Donut — the brand has continued their high-protein, low-calorie, low-sugar, low-carb legacy with some seriously innovative new treats that are worth a taste . . . or two. Or three.

Here's what our coworkers thought of each and every new (and healthy!) flavor. Which one will you choose?

A classic cookies and cream flavor is always a crowd-pleaser, and this one was no different. Though the other flavors in this taste test seemed to be somewhat polarizing, Enlightened's take on an Oreo-inspired ice cream really did the trick for our tasters.

Remember what we said about polarizing flavors? Perhaps the most divisive was S'mores. Some were enchanted by the marshmallow-flavored ice cream base, while others weren't wowed.

Related:
These 3 High-Protein Ice Cream Flavors From Enlightened Are Absolute Must Buys

Never thought we'd be into butter-flavored ice cream, but here we are. This buttered-popcorn base is swirled with caramel and speckled with chocolate bits, and on the whole was well-received (yet still, despite almost all positive reviews, it got two people who said "BLEH").

Here we are again — a polarizing flavor that had some begging for more and others turning their noses. Verdict: If you're into breakfasty-flavored things and love maple syrup, this is for you.

The nail in Glazed Donut's coffin was actually its name. Despite being named for the plainest of doughnuts, this flavor had swirls of chocolate icing and rainbow sprinkles, thereby making it a chocolate sprinkle doughnut . . . and people were confused. And you know how people behave when they're confused . . .