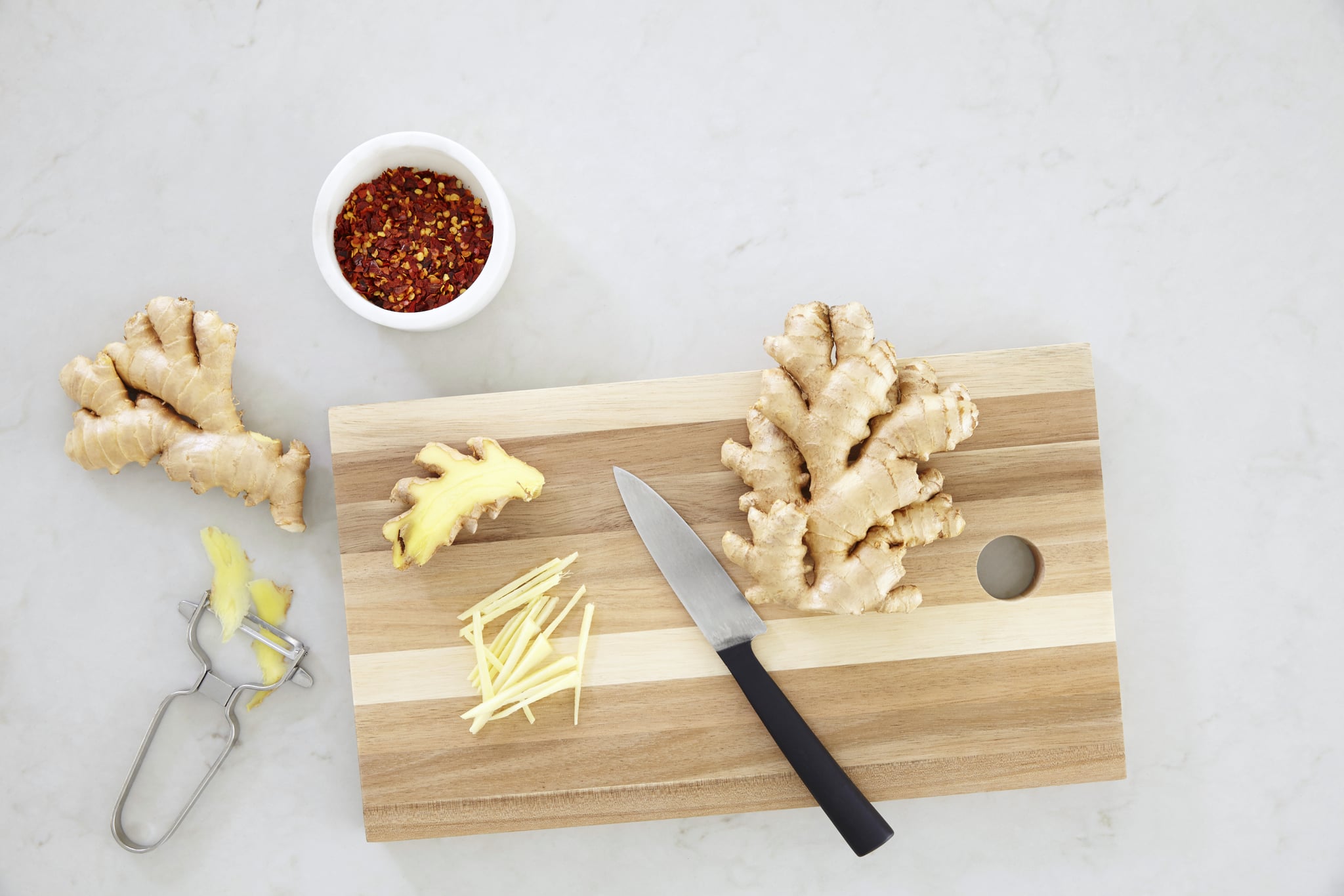 When nausea strikes, you'll down just about anything that promises to soothe your stomach, and ginger is a staple. But if you prefer to sip the spice (after all, nausea can also be a sign of dehydration), you may wonder which is more effective: ginger ale, ginger beer, or ginger tea.

First, it's important to understand the differences. "Ginger ale is a carbonated drink made from water, ginger, and sugar," Rahaf Al Bochi, RDN, LD, media spokesperson for the Academy of Nutrition and Dietetics and owner of Olive Tree Nutrition, told POPSUGAR. "Ginger beer is a brewed and fermented beverage made from ginger. Although it originally contained alcohol, most commercial ginger beers do not contain any alcohol, or contain less than 0.5 percent, which is categorized as nonalcoholic as per the FDA. It is also less carbonated than ginger ale."

While you've likely heard that ginger ale can ease nausea, it may not be as helpful as you think. It comes down to personal preference, but "carbonated drinks may cause heartburn, bloating, and gas," Rahaf explained. You might try drinking your ginger ale flat or reaching for ginger beer instead — but even those options have downsides. "Both ginger ale and ginger beer can contain a lot of added sugar (which can lead to bloating) and very little, if any, ginger," she said.

The next time you need something to calm your stomach, you're better off reaching for ginger tea — you'll get more ginger without any of the negative side effects of sugar or carbonation. "Simply grate some fresh ginger root into hot water and let it steep for a few minutes," Rahaf suggested.

Healthy Eating Tips
10 High-Fiber Snacks to Keep You Full For, Like, Ever
by Courtney Leiva 8 hours ago