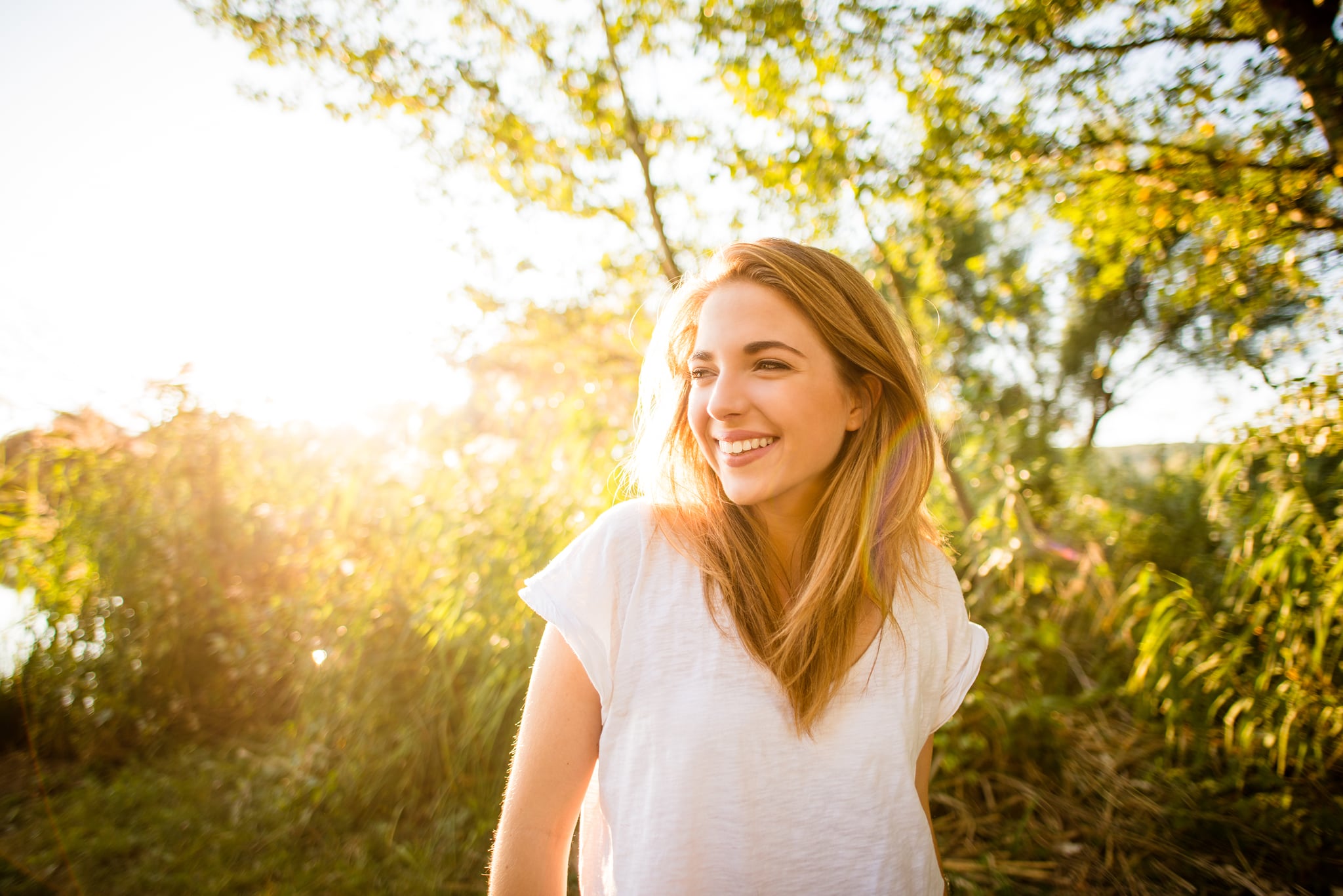 I can't live without my phone (there, I said it) and I know I'm not alone. When I spoke to Amy Blankson, positive psychology researcher and author of The Future of Happiness, over the phone (of all things) she hit me with the hard facts: we look at our phones 150 times a day. That amounts to two-and-a-half hours in total. And, because we live in a constant world of connectivity, "the greatest challenge is that we don't have space away from it," she said. But before panic ensues, know this: she doesn't want us to bite the bullet and disconnect altogether — we need technology for our everyday lives. The key, she explained, is to learn to manage our devices instead of being managed by them.

We need 55 minutes of "me time" per day, according to a Fall 2018 survey, "The Power of Space," on which Amy was a consultant. Eighty-seven percent of participants actually said that taking time away from technology made them "better people": they were calmer, more focused and productive, friendlier even. We need to unplug, Amy said, and "in the same way we'd charge our phones, we need to recharge our minds as well." She offered one pro tip to help us get this space.

Preparation: The Secret to Unplugging

Amy said that the most common resistance she sees from people who don't want to put away their phones stems from fear: fear of missing an important call, fear of missing an email, fear of missing the latest news or photo from a friend. There's also the idea that your phone is a safety device and you don't want to leave it behind in the event of an emergency. The first step, she said, is to acknowledge that fear. Once you do that, you can actively plan for when you unplug by letting people know. It sounds simple (or maybe strange to some), but it will alleviate the anxiety you might feel.

So, tell your loved ones that you're going to be offline, post on social media, set up an email receipt saying you're away — preparation is the secret to letting yourself comfortably unplug and give yourself space because, Amy explained, "if you're worried the whole time that someone is trying to reach you and they can't, you can't truly relax and enjoy." She noted, "I'm not advocating that you unplug the rest of your life; you're just trying to hit reset on your impulse control so that you can maximize that awareness of your behavior" and get those 55 minutes throughout the day of much-needed "me time."

Related:
11 Habits I Formed That Instantly Made Me Happier

Not Sure What to Do When You Unplug? Here Are Some Ideas

"We say that we don't like being distracted by technology, and yet, most of us haven't taken the time to turn off notifications and push away social media feeds strategically so that, rather than information coming to you, you have to go get it," Amy said, adding that it's so important to "build in and prepare for ways to recharge and refuel your mind." Here are some things she suggested we do to unplug:

Try not to have any of your devices on you when you're doing these unplugging activities, Amy advised. If you absolutely need your phone, keep it out of sight so you're not focused on getting a message. Also, when you're disconnected from technology and feel like you still want to document the moment, write about it or take a picture after the fact, she said, not during. It's this pause that helps you reflect on whatever you're posting later. Now, conquer that fear of unplugging a few times a day! We believe in you.