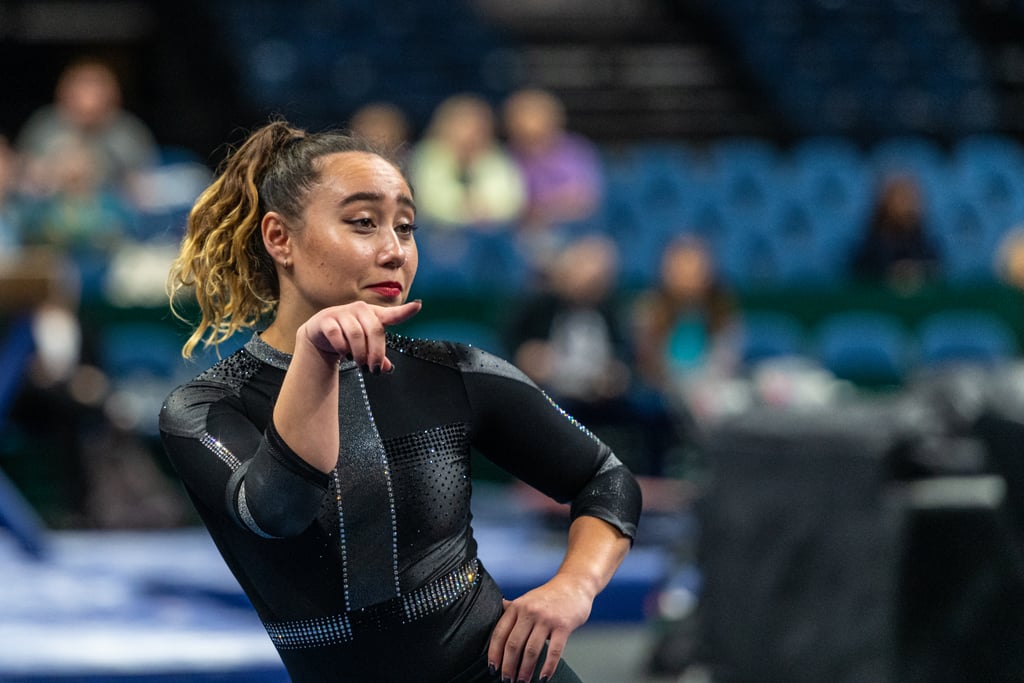 Katelyn Ohashi Is Back! Watch Her Compete For the Last Time — and Get Another Perfect 10

After a successful gymnastics career with UCLA, viral sensation Katelyn Ohashi graduated this Spring ready to forge a new path. The 22-year-old gymnast told POPSUGAR in a previous interview that she's working on a poetry-slash-photography book and is interested in activism. But before she could dip her toes into the post-college world, Katelyn competed one last time at the Aurora Games.

This first-of-its-kind, all-female event features sports like hockey, tennis, and, of course, gymnastics. It divides athletes into Team Americas and Team World and is as much of a showcase as it is a competition. The gymnastics portion on Aug. 22 had five disciplines: parkour (Yes, parkour!), power tumbling, aesthetic gymnastics, and traditional beam and floor. Competing alongside Katelyn for Team Americas were former collegiate gymnasts Alicia Boren, McKenna Kelley, and Danusia Francis.

Getting back to training after four months wasn't so difficult for beam, Katelyn told commentator and Olympic silver medalist Samantha Peszek after she received a 9.9 on that event. Katelyn said the secret to getting those high numbers and staying solid without falling is moving across the beam like it's the floor (Simone Biles does this). "I do the best when I'm having fun and that's what I try to embody on beam," she shared.

Katelyn was the last to go on floor and scored a perfect 10. It's the same choreography we've seen in the past, but the music was different; she performed to Tina Turner's "Proud Mary" with full lyrics (which is normally not something you hear in a gymnastics competition). Katelyn watered down some of her tumbling passes but looked as graceful and as joyful as ever. Though she competed for the last time collegiately at the 2019 NCAA Gymnastics Championships, this marked the final time (at least for now!) she would do her famous floor routine in front of judges — one of the judges even gave her a high five at the end when she ran to greet fans!

Team Americas beat Team World in the gymnastics portion of the Aurora Games 158.5 to 158.3, though before floor, the women all told recently retired UCLA coach Valorie Kondos Field, who put together the event, that they were competing as one team. This spirit of women supporting women was in full force. The Aurora Games is meant to showcase female athletes, and Katelyn said she's honored to have been a part of it. "All the people that are here are so amazing and fun," she said. Ahead, check out Katelyn's routines on beam and floor, along with photos from the competition. She's still got skill and, most importantly, she's still got her smile. 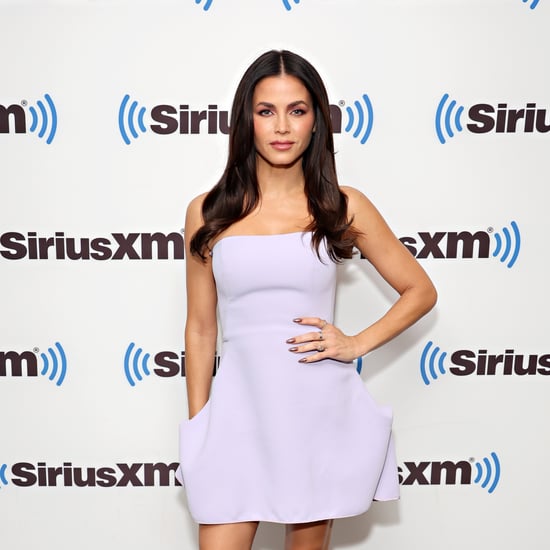 Workouts
This 10-Minute Total-Body Standing Workout Can Be Done Anywhere, No Equipment Needed
by Lilian Gonzalez 4 days ago