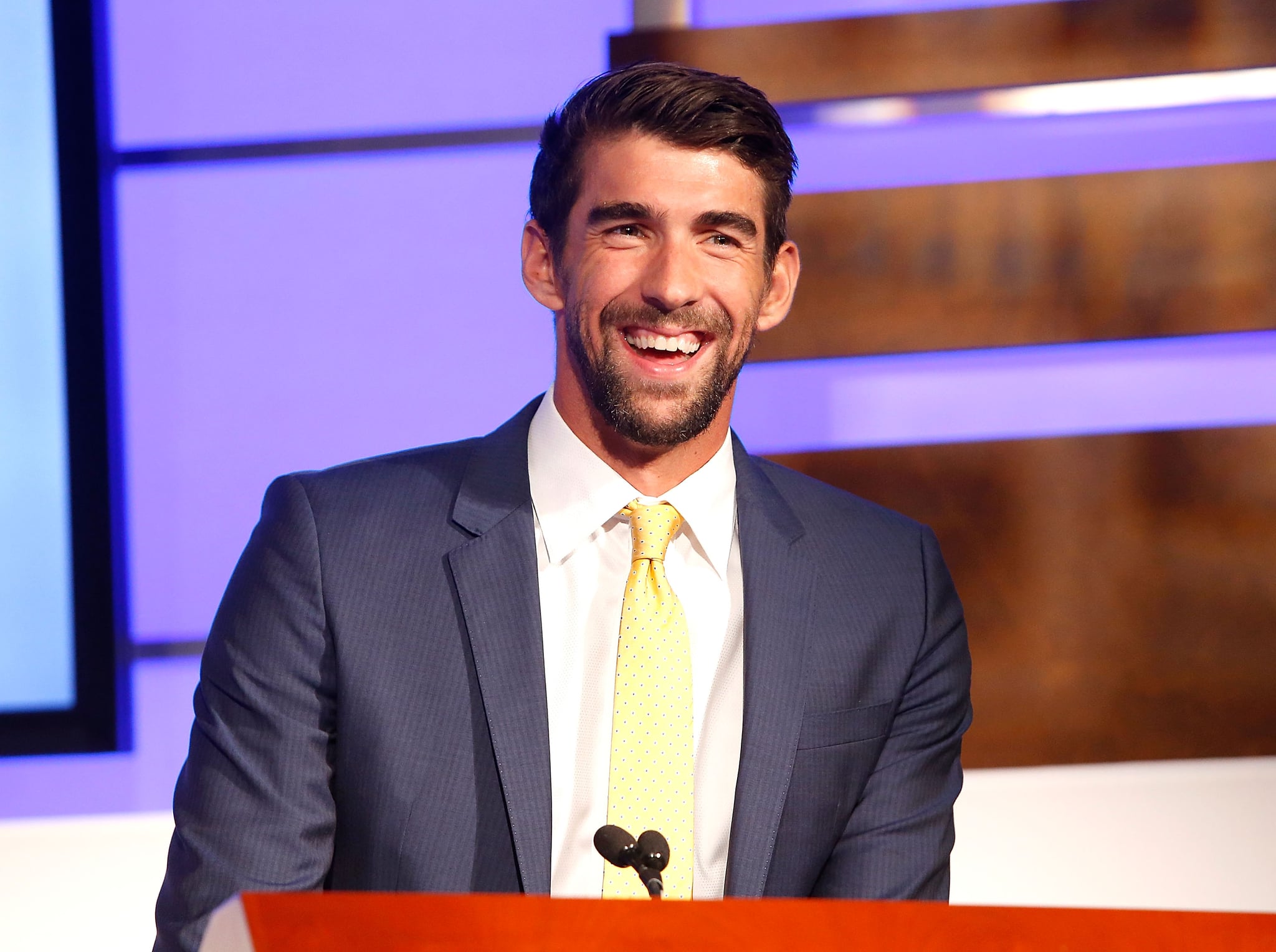 Mental health wasn't something Michael Phelps grew up talking about. In fact, as a pro athlete who had pressure to maintain a macho persona, he didn't initially want to get help. Not even when he felt himself slipping into a dark place. Not even when he didn't want to be alive anymore.

"Prior to going to therapy, I never wanted to do it," Michael told POPSUGAR. "It wasn't something I wanted, to go and sit on a couch and have a conversation. I was always somebody who tried to find ways myself to do it and was very stubborn for a long time and had a hard time communicating."

Eventually, the most decorated Olympian of all time knew he needed to get professional help; he was pushing loved ones away and shutting down. The previously apprehensive athlete eventually opened up and allowed himself to be vulnerable. He found that working with a therapist not only helped him tremendously; it saved his life. "I'm still here," Michael said. "I'm still on this planet, so that's a major change in how [therapy] has impacted my life."

Related:
Michael Phelps Is Putting His Olympic Career Behind Him to Focus on a Much More Pressing Issue

He still sees a therapist, and when he's traveling, he uses the app Talkspace on his phone, for which Michael is a spokesperson (you've probably seen the powerful ads). Talkspace allows users to connect with professional therapists and communicate with them via text, audio, or video messages.

He also credits his wife, Nicole Johnson, for being a major emotional support system for him. A few years later after getting mental health support, Michael has perspective on how it has helped him come out the other side. "Yeah, I went through these things, but I was still able to be extremely successful and to do things that I was passionate about and be able to accomplish my goals."

One of those things he's passionate about is saving water. As a global ambassador for Colgate's Save Water campaign, the Olympic swimmer, who has spent most of his life surrounded by H2O, is preaching the message that it's a valuable resource. "There are places all over the world that don't have water," he said. "It's sad how we look at it as we almost take it for granted that we have access to so much clean water, and we just don't really think about it." One way to help conserve water is by turning off the faucet when you brush your teeth. It's a message he's passed on to his almost-three-year-old son Boomer, who loves brushing his teeth and makes sure to turn the water off when he's brushing.

How Michael Phelps Is Using His Message to Help Others

"If I can save one life, that's something that's so powerful...that's 1,000 times better than ever winning a gold medal."

Another area of passion is helping to erase the stigma of mental illness and getting help for your mental health. He is spreading the word that "it's OK to not be OK," and everyone deals with their own issues; sometimes, you need to seek help. He's spreading the message as a spokesperson for Talkspace and being so public about his own mental health journey.

"If I can save one life, that's something that's so powerful," he said. "I've been amazed and so honored to hear the stories of people, whether they've had family members or themselves gone through struggles, and just thanking me. And for me, that's 1,000 times better than ever winning a gold medal."

As a busy dad of two young kids with one on the way, he knows how important it is to practice self-care and take some time for himself. For the former pro athlete, that's getting a good sweat in. It's not just for his physical health, but for his mental health, too.

"I know every single day if I wake up in the morning, work out, doesn't matter if it's 20 or 30 minutes, I know I'm going to be more productive throughout that day."

Of course, Michael still has ups and downs. That's the thing with your mental health; you may never be fully "cured." Knowing that you will still have to face struggles down the road is half the battle. Still, Michael said he's in a better place than ever.

"I'm probably happier now than I've really ever been on a consistent basis, just because I'm doing what I love," he said. "I still have dark phases, but not as much. I think that's the biggest thing, that the good days outweigh the bad days by far for me now. But I'm also more prepared. I think that's something different than I was before. I'm just more prepared for anything that's going to happen because I've been through it enough so far."