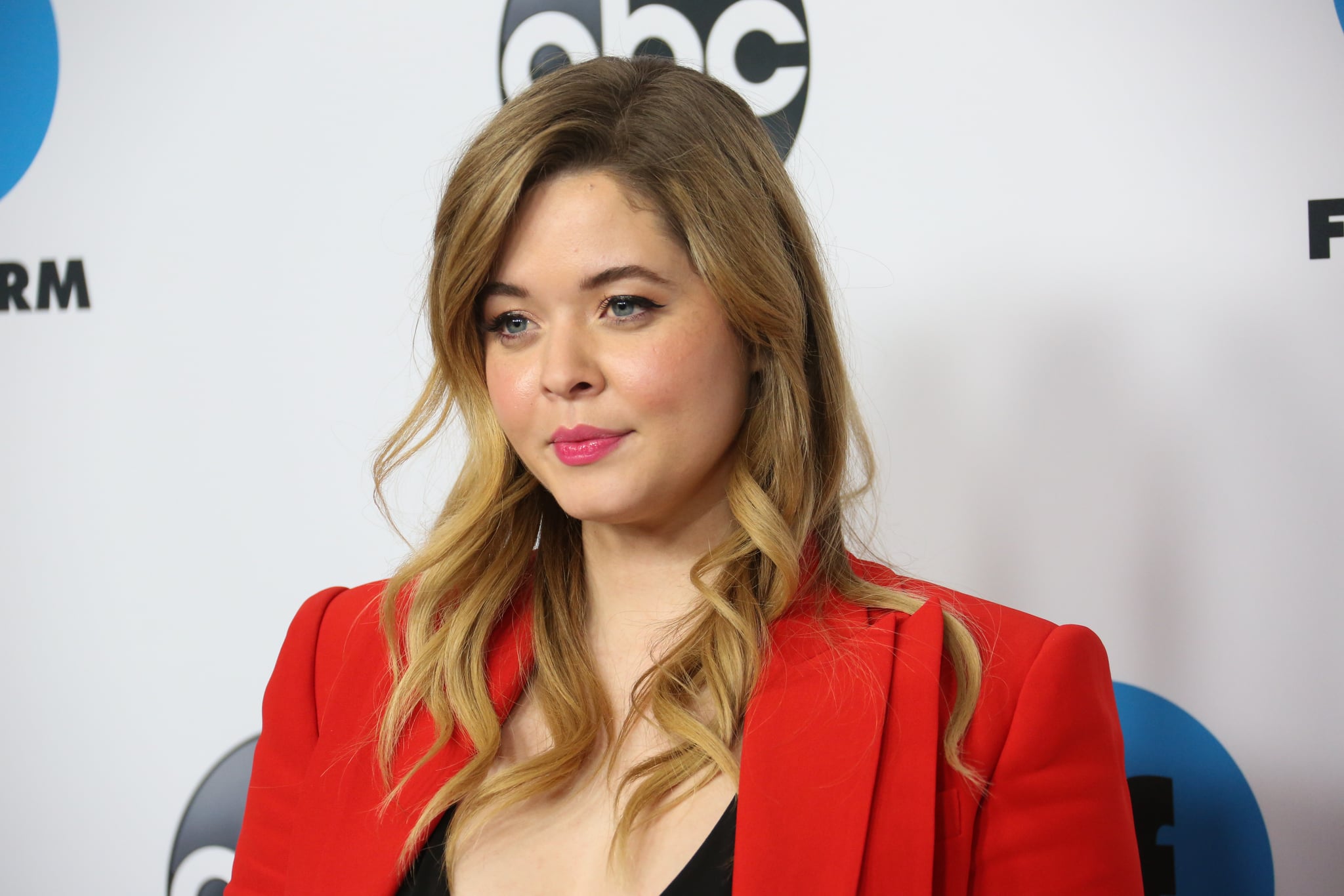 Polycystic ovarian syndrome, or PCOS, is a complicated hormonal condition that's notoriously difficult to diagnose. A lot of that has to do with the wide range of symptoms that come with it, which include irregular periods, hormonal acne, abnormal hair growth, thinning hair, and unwanted weight gain or an inability to lose weight. Despite the difficulty in spotting and diagnosing the condition, it's very common, affecting six to 12 percent of child-bearing women in the US alone.

Actress Sasha Pieterse is one of them, and she experienced the wrenching difficulty of diagnosis firsthand. The actress, who plays Alison on Pretty Little Liars and its new spinoff, The Perfectionists, first realized something was off when she started experiencing weight fluctuations. "I was so confused, because I'm a healthy, active person," she told POPSUGAR. "I cut everything bad out. I was working out five days a week, as much as I possibly could. So to have it get worse, even though I'm doing all the right things, was so frustrating."

It took her a long time and visits to 17 different gynecologists before an endocrinologist told her that PCOS was behind the weight issues. Sasha had never even heard of the condition, but finding out what was causing the fluctuations was a relief.

Related:
How to Lose Weight If You Have PCOS, According to a Dietitian

"A big weight was lifted off my shoulders, no pun intended," she said. "To know what it all was, what was going on with me." Finally figuring it out after so long was Sasha's main motivation to share it with her fans and social media community. "I felt like I kind of had to say something," she said. "Not just to explain what was going on with me, but also for awareness, because so many women have PCOS and they don't even know." That's not only hard to go through, but also dangerous, because women with PCOS have a higher risk of experiencing other complications, including some forms of cancer. "I'm very lucky that I caught it early," Sasha said.

After Sasha shared her story on social media, she said, she was shocked by how many people approached her to talk about it and share their own stories. "There are so many women that have it and don't talk about it, which is sad," she said. "I think it's sad that it's taboo. It shouldn't be. It shouldn't be at all."

Proper diagnosis and treatment are key to keeping PCOS under control. Treatment options typically include combination birth control pills, a hormonal IUD, ovulation medications for women trying to get pregnant, and a healthy diet and exercise routine, which can lessen the risk of diabetes (which is common among women with PCOS). If you think you might have PCOS, visit a doctor who's familiar with PCOS, hormones, or endocrine functionality. You and your doctor will ultimately decide on the best strategy that works for you.

Healthy Living
Put Pen to Paper With 24 Mental Health Journaling Prompts, Because Starting Is the Hardest Part
by Maggie Ryan 2 days ago