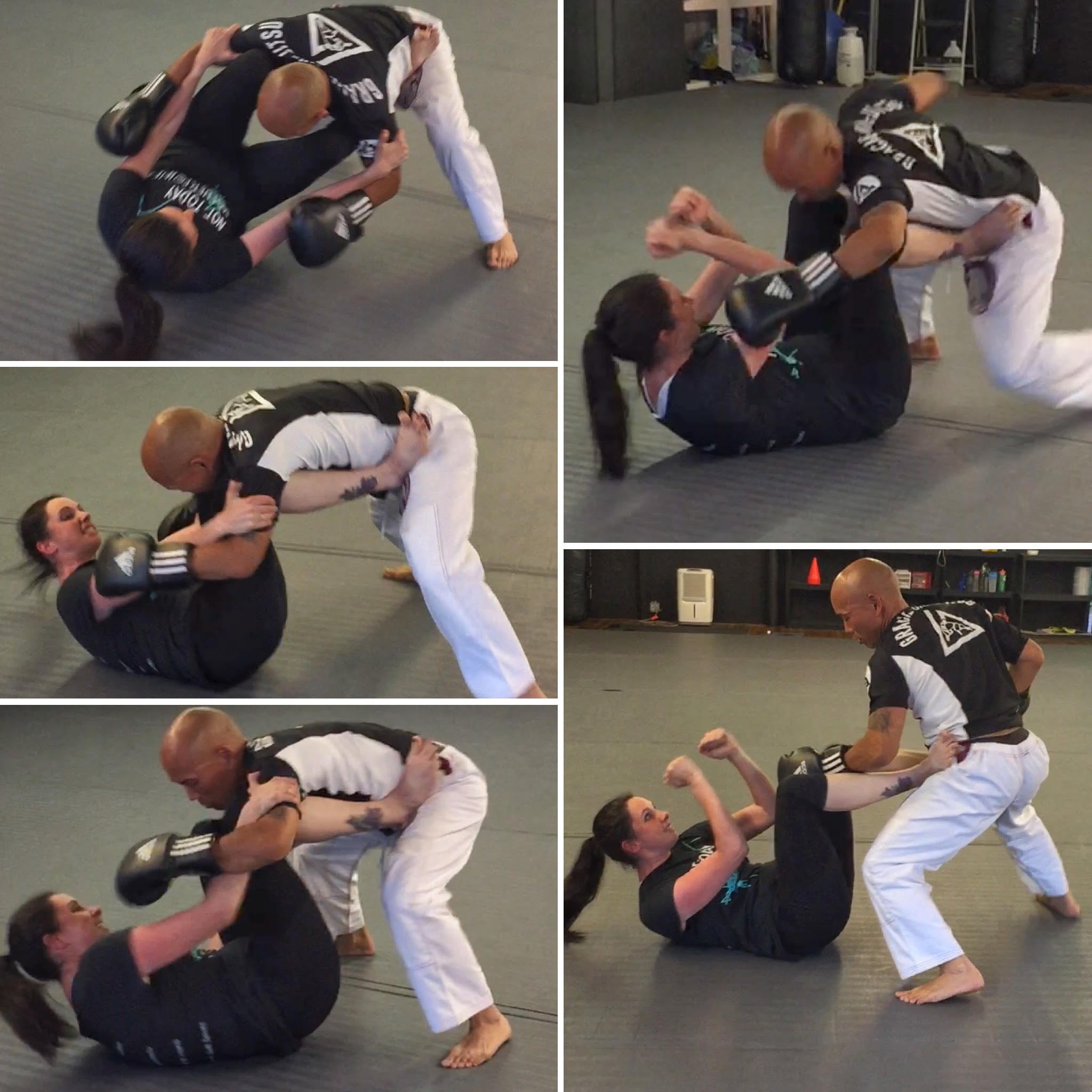 In 2017, Kelly Herron was assaulted on a training run for her first marathon. She fought off her attacker thanks to a self-defense workshop she'd taken just three weeks prior, and her story and empowering message quickly went viral: learning to defend yourself can save your life. Two years later, Kelly now coteaches self-defense workshops through her business, Not Today, named after the battle cry she yelled at her attacker during the assault: "Not today, motherf*cker!"

Kelly remembered strategies from her self-defense workshop that directly led to her escape: using elbows and other hard bones to hit him in soft places, like the head and ears, and yelling and screaming to scare the attacker off. Though there's no substitute for an in-person self-defense class, learning a few key strategies can make all the difference in a dangerous situation. Ahead, Kelly shared three simple but effective self-defense tips to help you feel strong and empowered on runs and in all arenas of your life.

Related:
A Thank-You Letter to My Fake Running Buddy

1. Turn Down Your Music

"Self-defense is 90 percent about awareness," Kelly told POPSUGAR. "I recommend not having your music loud or in your ears, so you can hear all around you." She uses bone conduction headphones, like AfterShokz, which transmit the audio waves into your inner ears through your skull, leaving your actual ear canal open so you can hear outside noise. Even just turning your music low enough to hear ambient sounds will help you be more aware of your surroundings. Keep your head on a swivel and do perimeter checks to make sure you know everything that's going on around you.

It seems counterintuitive, but Kelly said that looking a potential attacker in the eye can actually deter them. It's a way of telling them that you're not afraid — and that you'd be able to identify them if they tried anything. "It's a really hard thing to do, but it's a really good safety tip," Kelly said.

Perhaps most importantly, listen to your intuition when it comes to sketchy areas or people. "If you run by someone and you get a creepy feeling, or you think there's an alley you shouldn't go down, or something is just not sitting right with you, don't be tough," Kelly told POPSUGAR. "Listen to that instinct." Change up your route if you have to or head back home early if you feel like something's up.

It makes sense to be cautious and alert when you're out on a run or walk, whether it's late at night or in the middle of the day. Self-defense is an extension of that, giving you the tools to protect yourself in any situation. It's important to remember, Kelly said, "that we're so much stronger than we think, not just physically but mentally. We have to listen to that warrior that lives within us."

Healthy Living
Are Your Periods Irregular or Even Absent? Here's When You Should Talk to Your Doctor
by Abby Fritz 3 hours ago