Selma Blair continues to shed light on what it's like to live with multiple sclerosis after being diagnosed with the chronic disease last year. The 46-year-old actress recently sat down with Good Morning America's Robin Roberts for her first interview since her diagnosis. Selma, whose speech has been affected by spasmodic dysphonia, said, "It is interesting to put it out there — to be here and say, this is what my particular case looks like right now."

Selma had previously been dismissed by doctors after experiencing early symptoms, and they had credited her exhaustion to the fact that she was a single mother to her now 7-year-old son. Selma said she began self-medicating and drinking when she wasn't with her son to deal with the pain. (Selma celebrated two years of sobriety in June 2018.) "I was ashamed, and I was doing the best I could," she said. "I was really struggling with, how am I going to be get by in life?"

"I was giving it everything to seem normal."

When she finally was diagnosed with the disease, which affects the central nervous system, Selma expressed feeling relieved. "I cried. I had tears. They weren't tears of panic — they were tears of knowing I now had to give in to a body that had loss of control," she said. "There was some relief in that, 'cause ever since my son was born, I was in an MS flare-up and didn't know. I was giving it everything to seem normal."

Selma described sharing her diagnosis with her son, who had already noticed the effects of the MS, as "not at all" difficult. "I always want him to feel safe, never responsible for me," she said. His initial reaction was of course concern for his mom and whether the disease could kill her. Selma told her son, "No, we never know what kills us, Arthur, but this is not the doctor telling me I'm dying."

Years before her long-awaited diagnosis, Selma shared, she had actually reached out to fellow actor Michael J. Fox, who has been a leading advocate in finding a cure for Parkinson's disease since being diagnosed in 1991. (Much like MS, Parkinson's is a disease of the central nervous system and it affects motor functions.) "He really helped me. Plus, I was like, I have Michael J. Fox's email now. I'm pretty cool," she joked. The two have continued to communicate, and Selma said Michael gives her hope.

Selma is feeling especially hopeful after her doctor said that within a year she could have 90 percent of her abilities back. In the meantime, however, Selma will continue to share her story. In fact, Selma recently attended the annual Vanity Fair's Oscars party and was overcome with emotion as she walked down the red carpet with the help of a cane and a friend. Of the Good Morning America interview, Selma revealed, "I was a little scared of talking." She added, "Even my neurologist said this will bring a lot of awareness because no one has the energy to talk when they're in a flare-up, but I do, because I love a camera!" 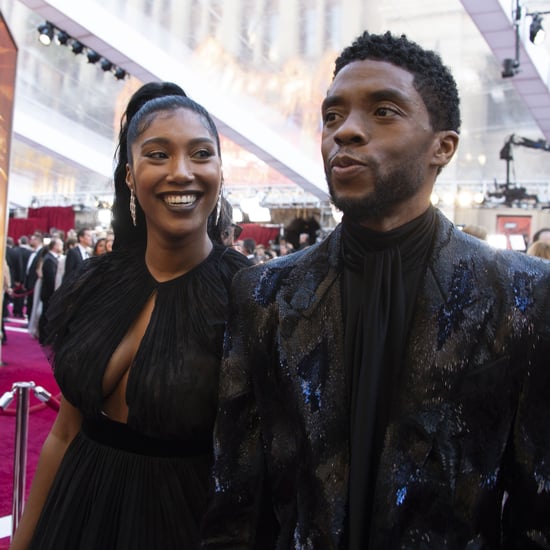