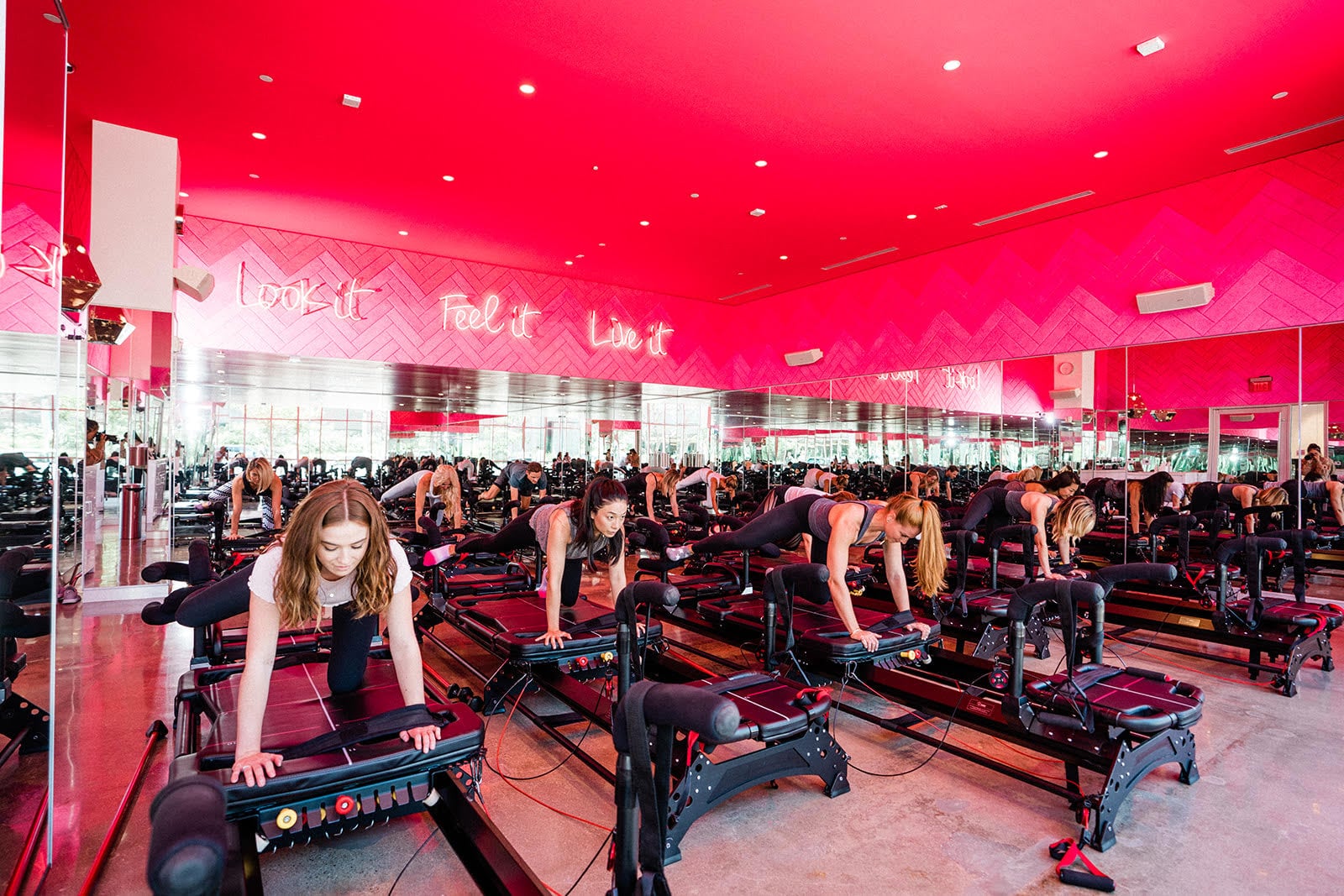 Before I stepped into The Studio (MDR), its reputation proceeded it — for better and worse. Many of my girlfriends raved about this class; they also mentioned it was the hardest class they had ever taken. I mean, Zac Efron has been photographed at the studio, and his abs are so chiseled, it pains me to look at them sometimes. But I decided to give it a go because this body wasn't going to sculpt itself on the couch, right?

I tend to ghost workouts. I'll get into it for a few weeks, then quietly dip out without warning. That's because I like change, and I get bored when a workout is the same thing over and over. I like to change things up! But after my first class at The Studio (MDR), I was hooked. I committed to two solid months of attending the class, and now I get there anytime I can (between my travel schedule). The Studio (MDR) is a Lagree Method class performed on a Megaformer, and it's unlike any reformer class I've ever taken. Many times, with mat Pilates, I struggle because I have a tilt to my pelvis — it's almost impossible for me to get my lower back on the mat, and the experience is more of a pain for me than a true exercise. I've taken reformer classes before, but I would rarely sweat: the classes were often mildly difficult at best and felt more like a 50-minute stretching course. (Which was great sometimes, but not when you're craving a workout.) That's because they weren't teaching the Lagree Method.

As my friends mentioned, The Studio (MDR) was difficult. They recommend you take 10 of the basic classes before venturing into classes that focus on specific muscle groups; they also suggest modifications for newbies. The class never gets easier, so if that's what you're after, this probably isn't for you, but you do see progress, which is what I believe motivates people to keep going — it did for me.

I've learned a lot about my personal strength and finding consistency in a fitness class through MDR — and as a writer, I couldn't help but make some comparisons to how the tips and coaching I applied in class translated to other parts of my life, like my career and my relationships. Here are the five best tips I've learned from Lagree and how they've applied to my work and personal life.

Your Core Will Carry You Through Difficulties in Life

Lagree works your entire body, but it focuses on core strength. At first, doing a plank for a minute was torture, because I was focusing on my arms, neck, and back. I learned that building strength in my core and focusing on that first helped everything else fall into place.

"At The Studio (MDR), we focus on functional core training to promote a healthy back, prevent injuries, and empower everyday sports and pleasure activities," said The Studio (MDR) instructor Justin Jairam. "A strong core equals power, balance, and stability."

I couldn't help but realize the parallel this advice had in my day-to-day life. When you focus on yourself and the core of who you are, everything else works out the way it should. When your central focus is yourself, you can build mental stability and balance in your life, and things that are difficult or seem impossible get easier and conquerable.

One mistake I made during my first 10 classes? Looking down, behind me, or at other people. As Justin told me during one of my first classes, "Where the gaze goes, the energy flows." The key location you should be looking on a Megaformer is to the front — your gaze should be in front of you. It helps keep things comfortable and also helps you check on your form. At The Studio (MDR), the entire room is made up of mirrors to help with this.

By making this change, I stopped thinking about how desperately I needed the exercise to end because I wasn't straining myself. It's cliche, but in life, looking behind you or at what your competition is doing won't propel you forward and may actually be a detriment to your success. 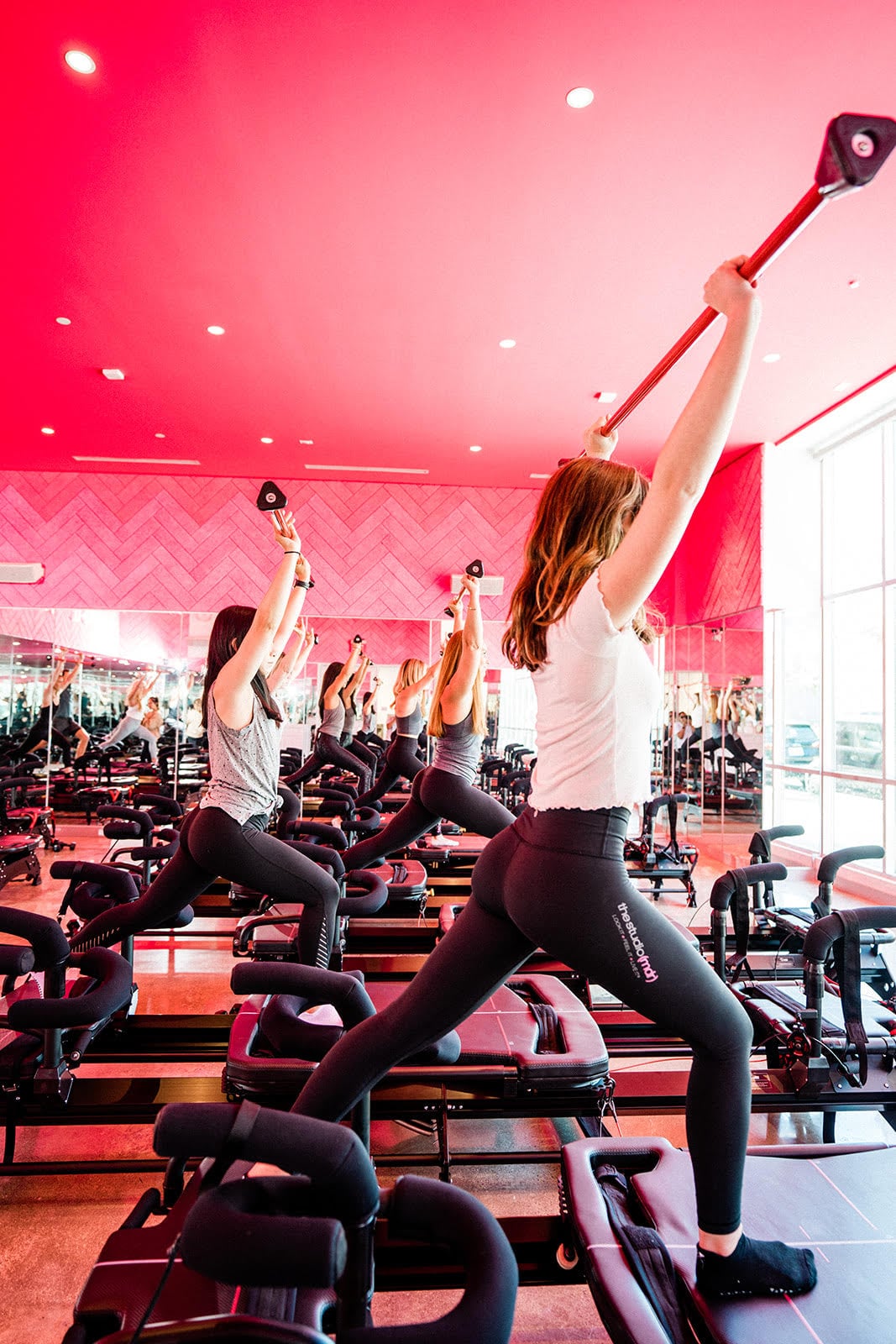 Work Through the Discomfort, but Stop When There's Pain

I think this is one of the most important mantras of The Studio (MDR). Justin told me in my first class that he wanted me to be uncomfortable, but to stop or modify if I was in pain. In these classes, I question my sanity and my personal strength during the intense movements; I joke that it's like being in a Saw movie: I feel traumatized initially, but in the end, I feel like I could do anything for having gone through it. I shake and I sweat profusely, but I know that the discomfort I feel for that short amount of time will give me the results I desire.

We can apply this to our lives in many ways. Don't avoid experiences because you'll be uncomfortable — whether that means facing a fear, standing up for yourself, being alone or being around too many people, because you might fail or because you might actually succeed. Stop, though, when it doesn't serve you. Is a relationship sucking the life out of you? Is a job taking more than it's giving? Life is not meant to be painful, but that doesn't mean it's without its trials or hardships. If a job or a relationship in your life is losing value and is bringing you pain, or perhaps isn't cultivating growth, walk away from it.

Speaking of time, don't look at the clock. The longer you stare or think about how long you have, the longer it takes. For better or worse, when you stop worrying about time, it's over before you know it.

And when it comes to how quickly you're doing the exercises, it's all about slowing things down, even though it might be more difficult to do so. "Consistently clients say, 'I'm working muscles I never knew I had,'" Justin said. "The slower you go, the more consistent you are, the stronger you get."

Admittedly, I was super discouraged when I took 10 classes and wasn't immediately Captain Marvel in both strength and how my body looked. I wondered if I was going to see any progress. It actually took me about eight solid weeks of going to class every other day to start seeing definition in my arms; it took about a month for my stomach and abdomen to see the cuts I was used to seeing so many years ago. This tiny bit of progress meant so much to me because it proved all the hard work I was putting into this workout was working. Sometimes the tiny things make the biggest impact, even if the progress goes unseen for a while. Don't give up just because you aren't getting the immediate results you desire.