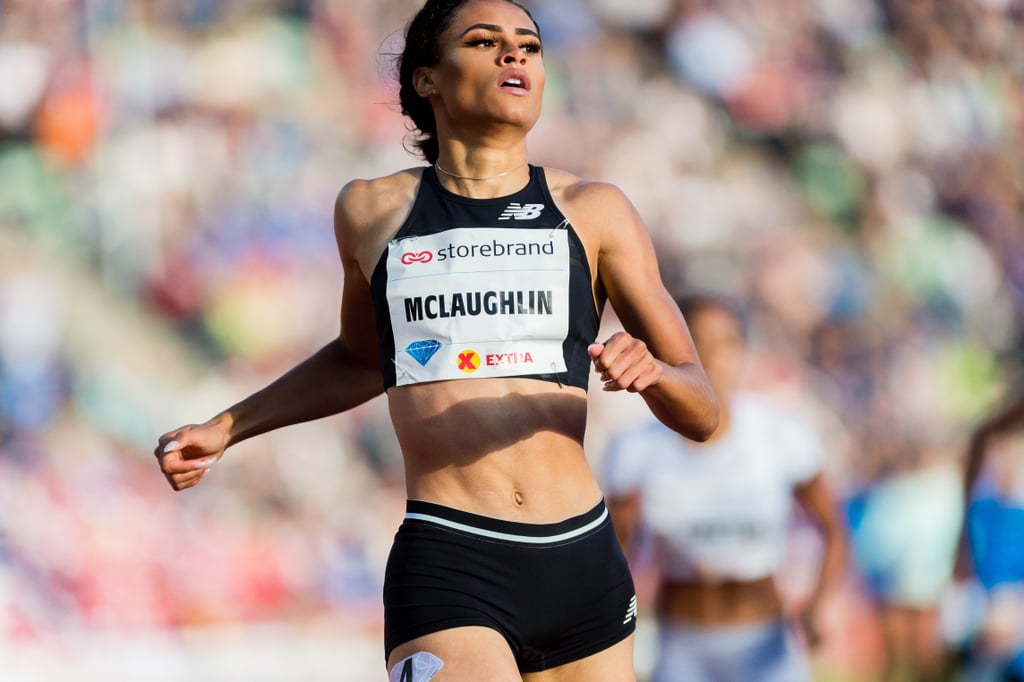 Want Abs Like an Olympic Hurdler? Set a Timer For 10 Minutes and Try These Moves at Home

In 2016, hurdler Sydney McLaughlin became the youngest athlete to make the US Olympic track team in almost 40 years. She was only 16 when she qualified for the Rio Games, and though she placed fifth in the semifinal, the 400-meter sprint specialist (aka sprinting around a track one full time while leaping over 10 hurdles) caught wind as an up-and-coming powerhouse.

Now 19, she made her pro debut in January after a year competing for University of Kentucky and won — in an event that wasn't even her specialty, no less: the 500-meter sprint. Then, the New Balance athlete took first in the 400-meter on June 13, beating teammate and Olympic champion Dalilah Muhammad in the final seconds (we highly suggest watching the footage).

"I think this year for me is more just getting adjusted to being a professional and getting adjusted to the lifestyle," Sydney told POPSUGAR. Going pro has its differences from competing on the collegiate level, she said, because there's a lot more travel and time spent on the road. Training can also last longer since you don't have classes to worry about. When Sydney isn't training five days per week, which typically includes at least two track days and two weightlifting days focused on hips and lower body, you can find her doing home workouts. "When I feel like I'm not getting enough work at practice, I'll go to the gym downstairs and either get on the bike or lift some weights or do some core exercises."

For her core session, Sydney usually makes it up as she goes, though she sticks to some of the same exercises, especially oblique work. She'll set a timer and do at least 10 minutes' worth. She noted, "My ab routine is something that I focus on as part of my training because a strong foundation helps my endurance and speed and helps prevent injuries." Ahead, check out a handful of Sydney's favorite exercises; it's not a workout, but you can incorporate these core crushers into your own routine. You may not be a hurdler, but you can certainly do these moves!