"You've never tried kombucha?" a friend asked on a recent lunch date. She was utterly shocked. How could I be a health and fitness writer, a yoga instructor, and love the plant-based life yet not be obsessed with kombucha? 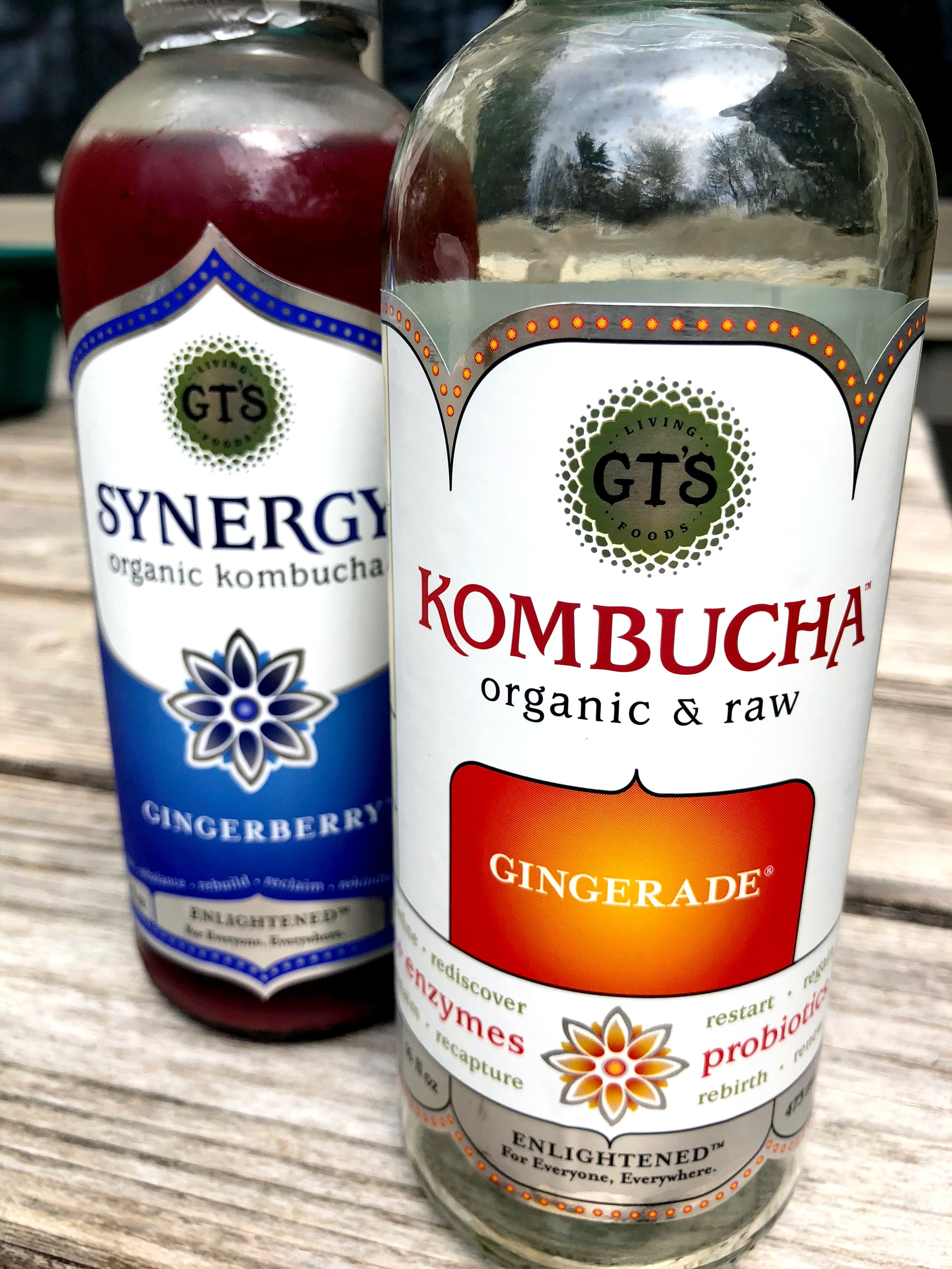 The truth is, I'm a water girl. Plain water is always my beverage of choice. Sometimes I throw in a few slices of fruit or a splash of apple cider vinegar to mix things up, but I really just prefer nature's beverage on its own. I also drink a little tea and black coffee, and sometimes have unsweetened soy milk with granola or in my smoothie, and rarely I'll have a protein shake, but that's about it. I don't drink soda, energy drinks, alcohol (the sugar kills my stomach), fruit or veggie juice, or apparently, kombucha.

Since I don't drink seltzer or beer, the idea of drinking a fermented beverage did not appeal to me whatsoever. But since it was made from tea, I took a swig. I was surprised that I actually liked how sweet, sharp, and fizzy it was — that's probably one of the reasons people guzzle down these bottles. That, and for its health claims.

In order to see for myself if kombucha really did deliver on its health benefits, including help with bloating, digestion, and fighting inflammation, I decided to drink it for one week. I added it to my weekly grocery list and was shocked it was so expensive — $3.50 per bottle! Maybe that's because I'm used to paying absolutely nada for water; I wasn't expecting to throw down almost $25 for a week's worth of kombucha.

Related:
I Tried All 32 Flavors of GT's Kombucha, and These Are the Absolute Best

I was worried I'd like it and end up paying $100 a month for my new addiction! I actually hid it from my husband because I knew he'd love it too (huge beer drinker), and we might end up having to pay $50 a week! OK, slow down, Sugar. You've had one sip of your friend's kombucha, so don't get ahead of yourself!

I picked up a few flavors to add to the fun of this seven-day experiment. I went with the brand GT's Kombucha (since that was the one my friend was drinking) and bought Gingerade, Lemonade, Gingerberry, and Original.

"The yeasty flavor started to gross me out a little, but I've heard people say it can take a little getting used to, so I pressed on!"

I drank that first bottle with my dinner, and I have to say, it was really hard to get all 16 ounces down, because the bold flavor and fizziness is not something I'm used to. Guzzling down a bottle of water is one thing, but with this kombucha, I had to take small sips or else it just felt too overwhelming. The yeasty flavor started to gross me out a little, but I've heard people say it can take a little getting used to, so I pressed on!

For the rest of the week, I made a point to open it while I was making dinner so I'd have a head start and just be able to sip on it over the course of a few hours. By the third and fourth days, I was kind of over it — it started to feel like a chore to drink with dinner; not something I enjoyed like my usual glass of H20. 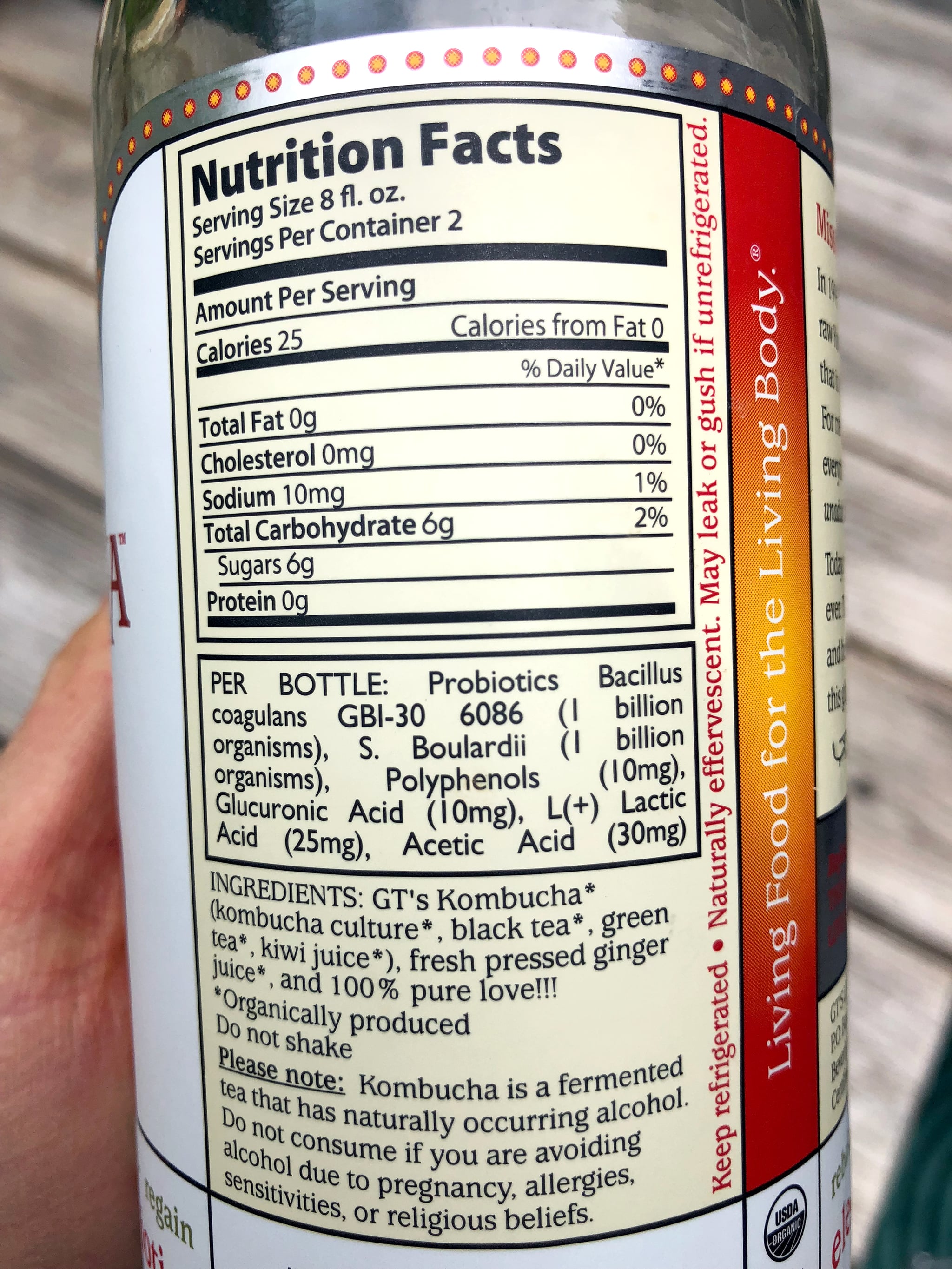 I was surprised by how the bubbly factor and pungent flavor filled me up in a sort of uncomfortable way. I felt so full, in fact, that I wasn't able to finish all my dinner (that never happens), which meant by bedtime I was hungry, and then by morning, I was even more so, when I normally don't get hungry until noon (I do intermittent fasting). A full bottle was about 50 calories, and although it offered probiotics, it didn't offer much else nutritionally, so I felt like I was doing my body a disservice by not finishing my tofu kale salad, or whatever healthy dinner I had prepared.

Did I feel amazing digestively? Not really. I actually felt more bloated from what I thought was the fizz I wasn't used to. But upon reading the bottle, it says, "Kombucha is a fermented tea that has naturally occurring alcohol. Do not consume if you are avoiding alcohol due to pregnancy, allergies, sensitivities, or religious beliefs." Hmm. Alcohol and me definitely don't mix. Great. I was supposed to be drinking this to help my body!

Will I Keep Going?

A big "no" on that one. I didn't really get anything positive out of this little experiment, except I now know that I positively am not a fan of drinking kombucha every day. That's just me though. I have a sensitive digestive system, and I enjoy plain, simple foods. I also get my daily probiotics from a capsule, which works perfectly, so I definitely don't want to mess with that. And for the cherry on top, I'm cheap — $3 a bottle seems outrageous to spend every day when I can pay nothing for water and feel amazing. Sorry, kombucha, but we're just not meant to be.

Healthy Eating Tips
10 High-Fiber Snacks to Keep You Full For, Like, Ever
by Courtney Leiva 1 day ago