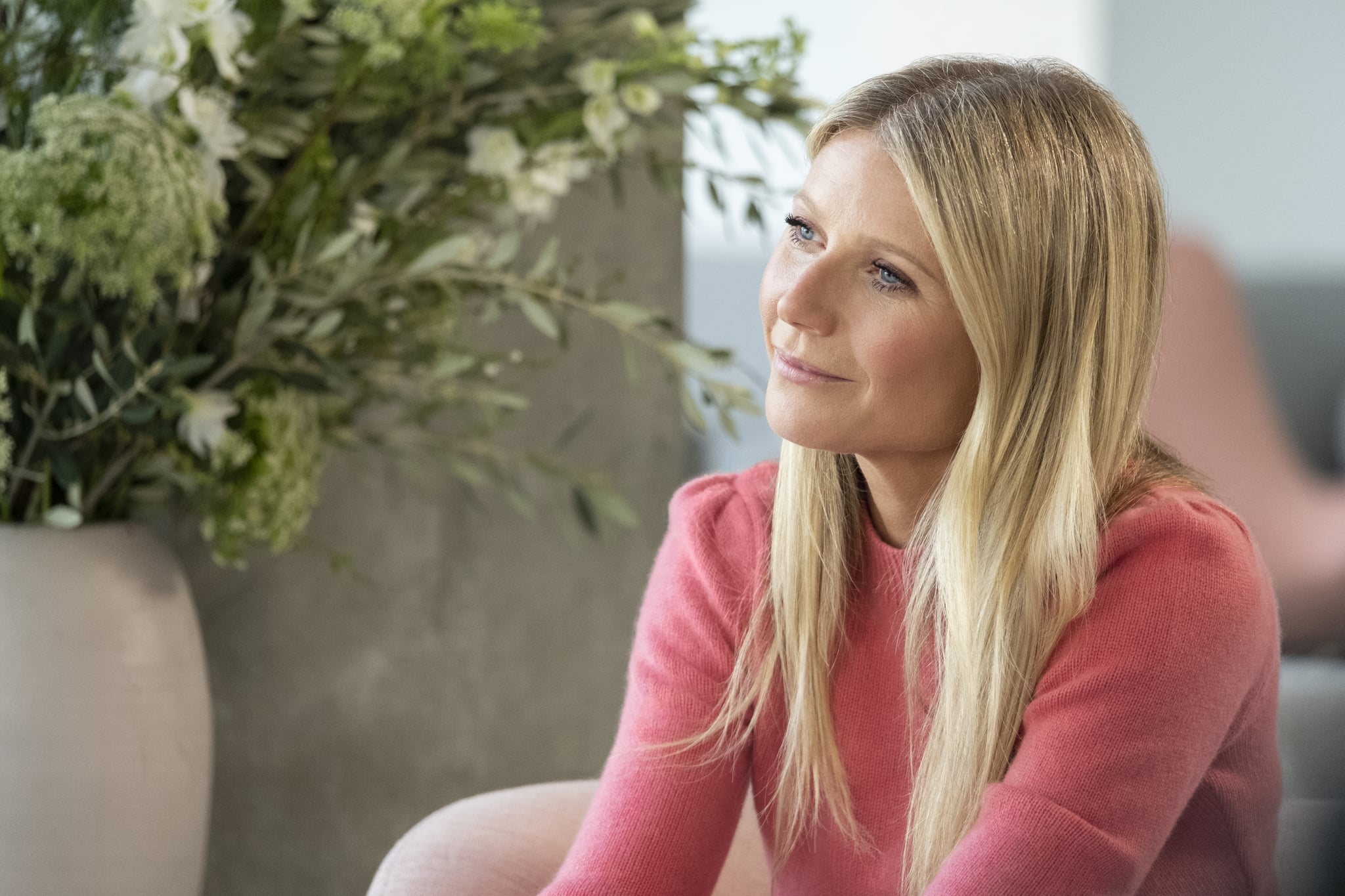 Gwyneth Paltrow's wellness brand Goop now has a docuseries on Netflix, and while The Goop Lab pushes boundaries in many ways, the show's habit of casually minimizing traditional therapies for depression, anxiety, and post-traumatic stress is by far the most dangerous part.

The series kicks off with an episode in which Goop staffers travel abroad to take psychedelics, many in hopes of addressing issues like unresolved grief and trauma. But the experts featured in the episode gloss over the potential risks of these drugs, and neglect to mention that the overwhelming consensus in the medical community is that treatments like psychedelic therapy should only be used when all traditional therapeutic methods have been exhausted. Instead, they cast antidepressants as having "terrible side effects," without acknowledging that nearly any medication can and that this doesn't make them any less essential. One of the men at the psychedelic retreat laments that "talk therapy" — an extremely vague and misleading term — had been ineffective for him, because every time he attempts to talk about his trauma, he has a panic attack.

After experiencing a series of traumatic events in middle school, I began to exhibit symptoms of PTSD and anxiety. I was in eighth grade when my mom took me to my first therapy appointment and, in the years since, I've worked with a number of therapists and tried several methods including cognitive behavioral therapy (CBT), dialectical behavior therapy (DBT), and eye movement desensitization and reprocessing (EMDR). The first two involve a lot of talking, but they're focused on developing skills to reframe negative thought patterns and behaviors, not venting to your therapist about your problems for 45 minutes, as The Goop Lab's repeated references to "talk therapy" would seem to imply.

Like the man in the series, I also struggled to verbalize the graphic details of my trauma. That's why I turned to EDMR; it didn't require me to talk through it, which was a game changer. As someone who's experienced with therapy, I was left wondering if this man had ever tried it for himself. If I weren't so familiar, I would have walked away from The Goop Lab under the impression that there's one form of conventional therapy and, if it doesn't work for you, you might as well book a psychedelic therapy retreat, because what other options do you have, really? At the conclusion of the episode, another Goop staffer says she feels like she's undergone "five years of therapy in five hours" — a combination of hyperbole and a temporary "rush," perhaps, but damaging nonetheless.

The truth is that there is no quick fix for mental illness. Traditional forms of therapy sometimes do require years of work.

The truth is that there is no quick fix for mental illness. Traditional forms of therapy sometimes do require years of work, and like me, people often find themselves trying different therapy techniques, practitioners, and yes, even medications before striking the right balance. Personally, I also keep prescription Valium on hand so I can take it during a panic attack, a decision my psychiatrist and I discussed at length. (While I'm continuing to work with a therapist on ways to manage my panic attacks, I consider any potential side effects of the medication a worthwhile trade-off for now.)

I think it's important to acknowledge that some people do try every treatment option available without seeing any significant improvement, and for them, alternative therapies may very well be the path forward. But to diminish conventional forms of therapy — or even demonize them, as The Goop Lab seems to in a later episode, when an expert implicates that they're responsible for his wife's death by suicide — is irresponsible and a disservice to those with years of trauma, anxiety, and grief still left to unpack.

Netflix
Meet the Cast of Shadow and Bone, Netflix's Adaptation of Leigh Bardugo's Beloved Books
by Amanda Prahl 1 day ago