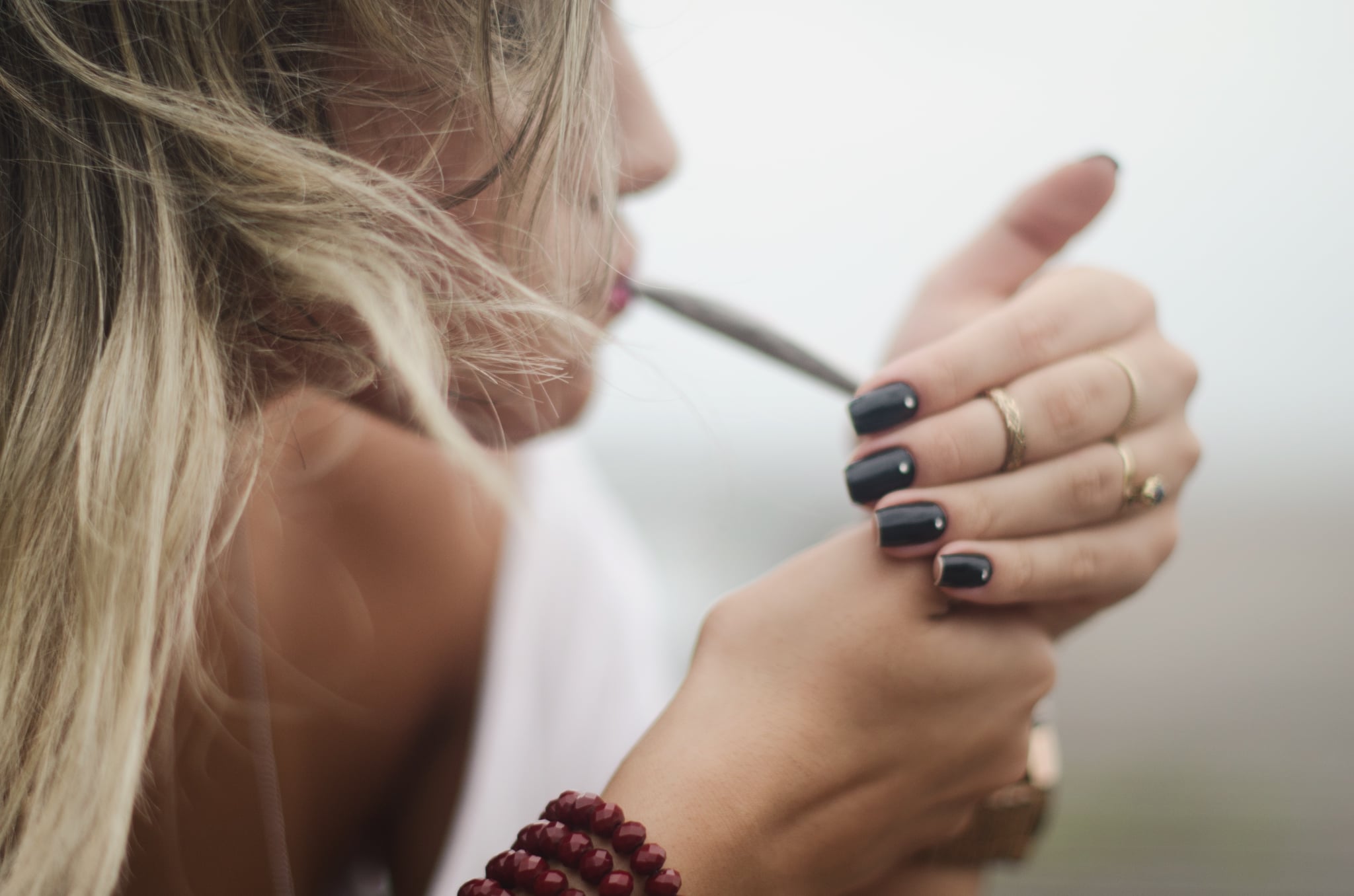 The idea of being California sober has become a point of national conversation after Demi Lovato revealed that she still drinks and uses some drugs in moderation. But this harm-reduction method of recovery isn't for everyone, and as someone who has struggled with an alcohol dependence, it's hard for me to hear that a person battling addiction has decided to use substances in moderation.

I tried going California sober for a while last year, when I smoked weed daily for four months. Looking back, I wish I hadn't started smoking again. I had been attending Alcoholics Anonymous (AA) meetings regularly for a year, and I knew that a lot of members didn't approve of the California sober approach to recovery. What I thought was a better substitution for alcohol turned into a dependence. I started to use weed the same way I had used alcohol, but because I wasn't drinking, it wasn't perceived as a problem by other people. I similarly convinced myself that I was reducing harm by smoking instead.

I started to use weed the same way I had used alcohol, but because I wasn't drinking, it wasn't perceived as a problem by other people.

I went from smoking periodically to smoking several joints a day. I used weed at the same times I drank. I felt the same euphoria I had experienced when drinking. I started having weed delivered to my house daily, and quickly realized that I no longer knew how to function normally without being high. I began waking up earlier in the morning to get up and smoke. I started to touch base with old friends I smoked with in college. I found myself on Zoom calls for hours getting high with friends.

The person I knew in early sobriety started to no longer look familiar. When smoking, my appearance changed immensely. I stopped caring about how my hair looked. My teeth were badly stained. I started to gain weight from snacking and binge eating. I began isolating myself to have time to smoke. I withdrew from friends in AA and reconnected with friends who would smoke with me. Smoking created a distance between me and my family and friends. I started to spend most of my time getting and consuming weed. Like drinking, getting high became my number one priority.

Related:
What It Means to Be Black and Sober Amid So Much Uncertainty and Unrest

There is a culture around weed that tells us smoking isn't harmful. Share a joint with friends or have a few puffs to unwind at the end of the day. For addicts, this approach for weed (or anything) in moderation doesn't work. When I woke up each morning, all I could think about was getting high. Weed even consumed my dreams, and I would imagine smoking while sleeping. Addicts have obsessive minds; we crave using more than anything else. I had tricked myself into believing that I could consume a substance in moderation. I desperately craved to be the person who I was before I started drinking heavily. I thought that maybe if I tried hard enough my desire to abuse substances would subside. However, addiction is a chemical dependency, and no amount of yoga, meditation, or therapy could relieve me from the need to abuse weed.

I put down the pipe after I joined Marijuana Anonymous. The effects of quitting weed were much worse than I expected. I couldn't keep food down for two weeks, had the shakes, and felt excruciating physical pain throughout my body. I thought smoking weed would help me: help me in staying sober, help me socialize, and help me remain distracted from the constant desire to drink. Choosing to go California sober hurt me and was a threat to my overall sobriety. Going California sober was my way of cutting corners in sobriety.

The point of sobriety is to create a life that you don't have to escape from.

When I first got sober, I wished I could write a check or make a phone call to maintain sobriety. I genuinely believed there could be some way to cut corners in early recovery. In the recovery community, we often talk about emotional sobriety, or the need to be in touch with one's emotions in order to fully experience sobriety. Quitting substances isn't just about stopping the use; it's about being in touch with why you wanted to use in the first place. When I started smoking weed again, I was pushing down emotions I didn't want to experience. Anxiety, frustration, and fear consumed my mind, but when I used weed, those concerns were silenced — if only for a matter of hours.

The point of sobriety is to create a life that you don't have to escape from. With the help of my friends, family, and sponsor, I've made that life for myself, and you can, too.

Image Source: Getty / Mayara Klingner / EyeEm
Any cannabis products referenced above are not intended to diagnose, treat, cure, or prevent any disease. The writer is not a medical doctor, and their experience is based on personal use, the results of which may not be typical or intended. The legality of cannabis products varies by state, and readers are encouraged to check their local laws before purchasing and using cannabis products. Nothing in this article should be construed as advice regarding the legal status of cannabis products. Any views expressed in this article by a third-party sponsor are those of such sponsor, and do not necessarily represent the views of POPSUGAR.
Happy HourPersonal EssaySobrietyMarijuana