Selena Gomez was spotted wearing The Weeknd's Puma windbreaker after announcing her split from the singer. Just one day later, she was rocking Justin Bieber's hockey jersey. What gives? While her clothes might be giving off all different messages and playing mind tricks on her fans, Selena's quick change can be as personal and private as she wants it to be.

We got the same message, however on a more trivial level, from her midday shoe switch while out in LA. The star started the day in black Fenty by Rihanna creeper sneakers, ripped, tapered sweats by n:PHILANTHROPY, a shearling jacket, and her signature Jennifer Zeuner nameplate ring ($220), and later changed into her eveningwear. All she did was swap her pants for flared jeans and her flats for white Stuart Weitzman Clinger booties. The added heel made all the difference in her appearance — it could've been a different day if we didn't know any better.

Read on to see Selena's NBD wardrobe shift, then shop her footwear picks so you, too, can have some options. Whichever pair you slip into first is your own prerogative.

Related:
Selena Gomez's Outfits Have Been Fancy, but You Can Actually Afford These Items
Previous Next Start Slideshow
Selena Gomez's Shoe Switch Proves That Changing Your Mind — and Your Clothes — Is NBD originally posted on POPSUGAR Fashion
Selena GomezBootsFall FashionCelebrity StyleSneakersStuart WeitzmanShoppingCelebrity Street StyleBootiesGet The Look 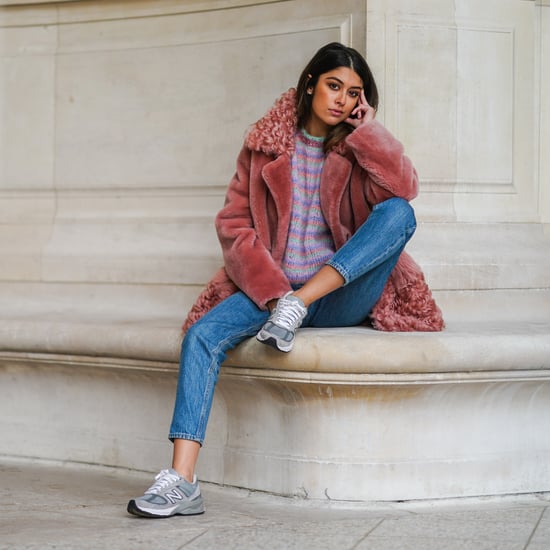 Sneakers
21 Sneakers So Cool and Wearable, You'll Want to Step Out Every Day
by Shelcy Joseph 2 days ago