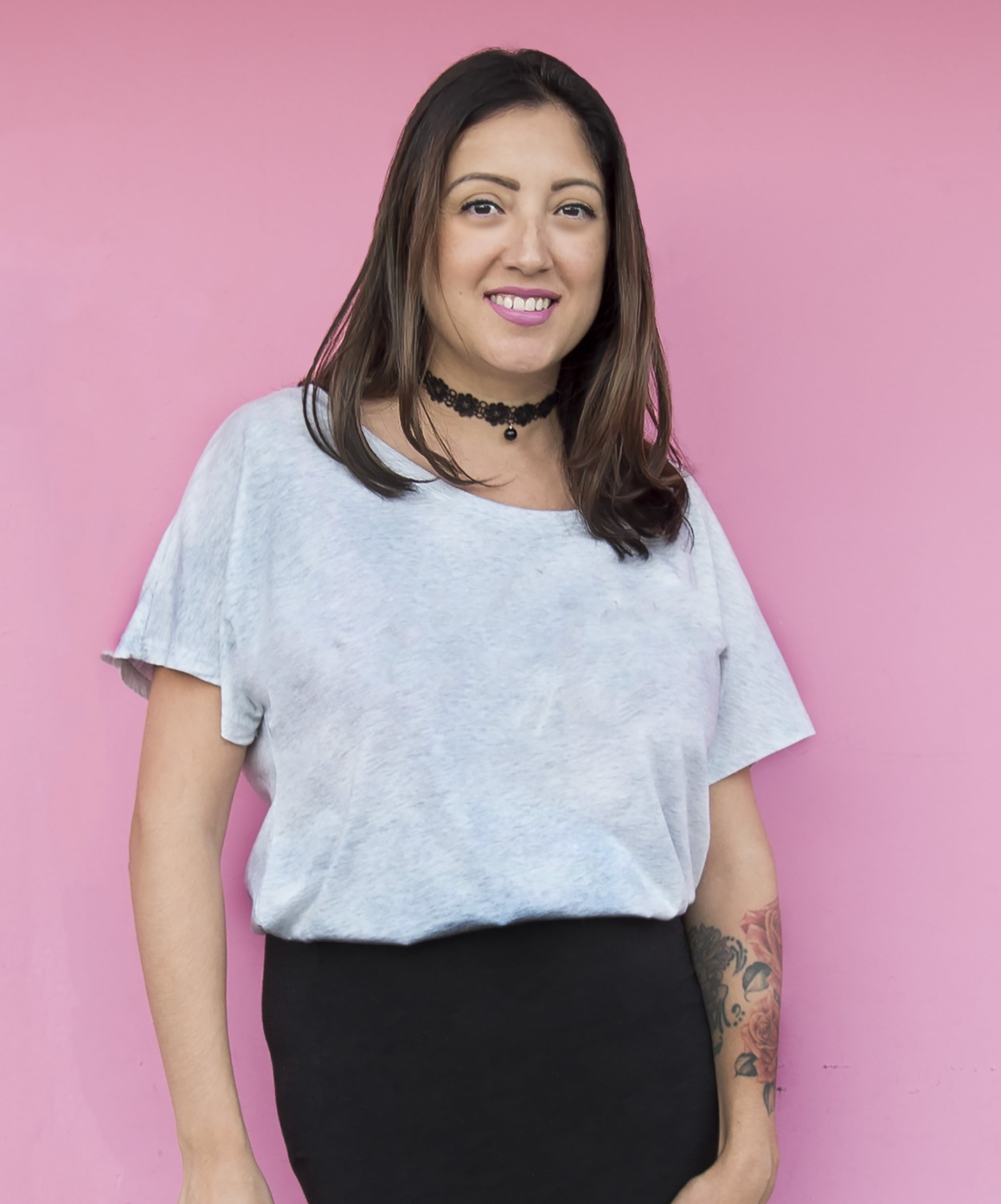 Ruby Medina is the founder of L.A Mamacitas, a networking group that creates live events to connect and empower women. She lives in Los Angeles.

"¿Q-vo? Hey, diario. What's up? I'm just here kicking it." That's an excerpt from my journal. I was 14 years old and very much into the homegirl culture. You can say that by looking at me now, you would know that I'm Mexican-American, and unless you were raised in the part of Los Angeles where I'm from, once you hear me speak, you would assume I was a "chola" growing up.

The way I speak is an attribute from being raised in East Los Angeles (made up of 90 percent Mexican-American families), and what you are hearing when I speak is my Chicana English. This area of the city has gained recognition through films like Born in East LA and Stand and Deliver and shows like East Los High and Vida. The exaggerated accent that you hear on those shows is a real thing. Some of us do sound like that.

I grew up with cholos in my neighborhood, and by that, I mean kids who were part of a street gang. We went to school together, and they were my friends. While we were not all in gangs with them, most of us talked like them, using our own slang. We call it the Chicano accent, and we embrace it. As I've grown and matured, I have toned it down, but my true voice still remains.

I never thought anything about the way I spoke until I went off to college in San Diego and experienced my first culture shock. Not only was I around people of various cultures and backgrounds, but the Mexican peers who I did meet did not sound like me.

Asking me to repeat words for fun was becoming a thing among my classmates, and I became self-conscious about the way I spoke.

I was constantly asked where I was from, and when I responded that I was from LA, I received giggles and laughs. Puzzled, I started asking why that was the reaction. "You say LA funny; say it again!" said one of my sorority sisters. Asking me to repeat words for fun was becoming a thing among my classmates, and I became self-conscious about the way I spoke. I changed my major from PR to media studies because the first required lots of presentations, and although I was not shy about speaking in public, I did not want to be ridiculed.

The only thing about East LA that my peers knew was what they had seen on TV and movies. Mexican-Americans are usually portrayed as gangsters, uneducated, and intimidating. I am none of those things, so I started making an effort to neutralize my accent so that my peers could get to know me for me. I practiced my pronunciation and intonation until it was exhausting. After a few months, as people started to get to know me, my accent was no longer a curiosity, and I was glad because it took hard work to sound like everyone else, and at the end of the day, I didn't want to change who I was. I moved back to East LA after graduation, and now I spend most of my time at meetings and networking events and giving presentations all over the city. My mission is to empower women, especially those with a similar upbringing, and I have been able to do that by sharing my stories. I am not afraid to share that I was once shy and intimidated and that I had social anxiety because I was worried about my accent. We all have insecurities, but we have to face them. I encourage women to say yes to opportunities and to step out of their comfort zones. It takes practice, but the more you are surrounded by other women who willingly share their struggles, the less you feel like an outsider.

She had preconceived opinions about me because of where I was from and because of the way I talked.

I still encounter ignorant comments here and there. Recently, when visiting friends in San Diego, I casually corrected someone (who is not Mexican) on the pronunciation of my oldest daughter's name. Her response to me was, "Dispensa, homie!" while she put her hands to her chest. This phrase is common Chicano slang for "my bad," and I know she meant it as a joke to indicate that she did not want to be in trouble with me, the "chola" from East Los Angeles. She had preconceived opinions about me because of where I was from and because of the way I talked. As the day progressed and she heard about the work I do, I could see her mannerisms changing as if she were ashamed of the way she had treated me. I believe she realized I wasn't a joke like some of the stereotypical Chicano characters she had seen on the big screen.

I am now extremely proud to have been born in East Los Angeles and of the way I speak. It has shaped me into the empowered woman I am today, and it's a huge part of my identity, so why would I want to change it? I am loyal, proud, and stubborn, but I am also educated, friendly, and generous. Wanna be my homegirl?