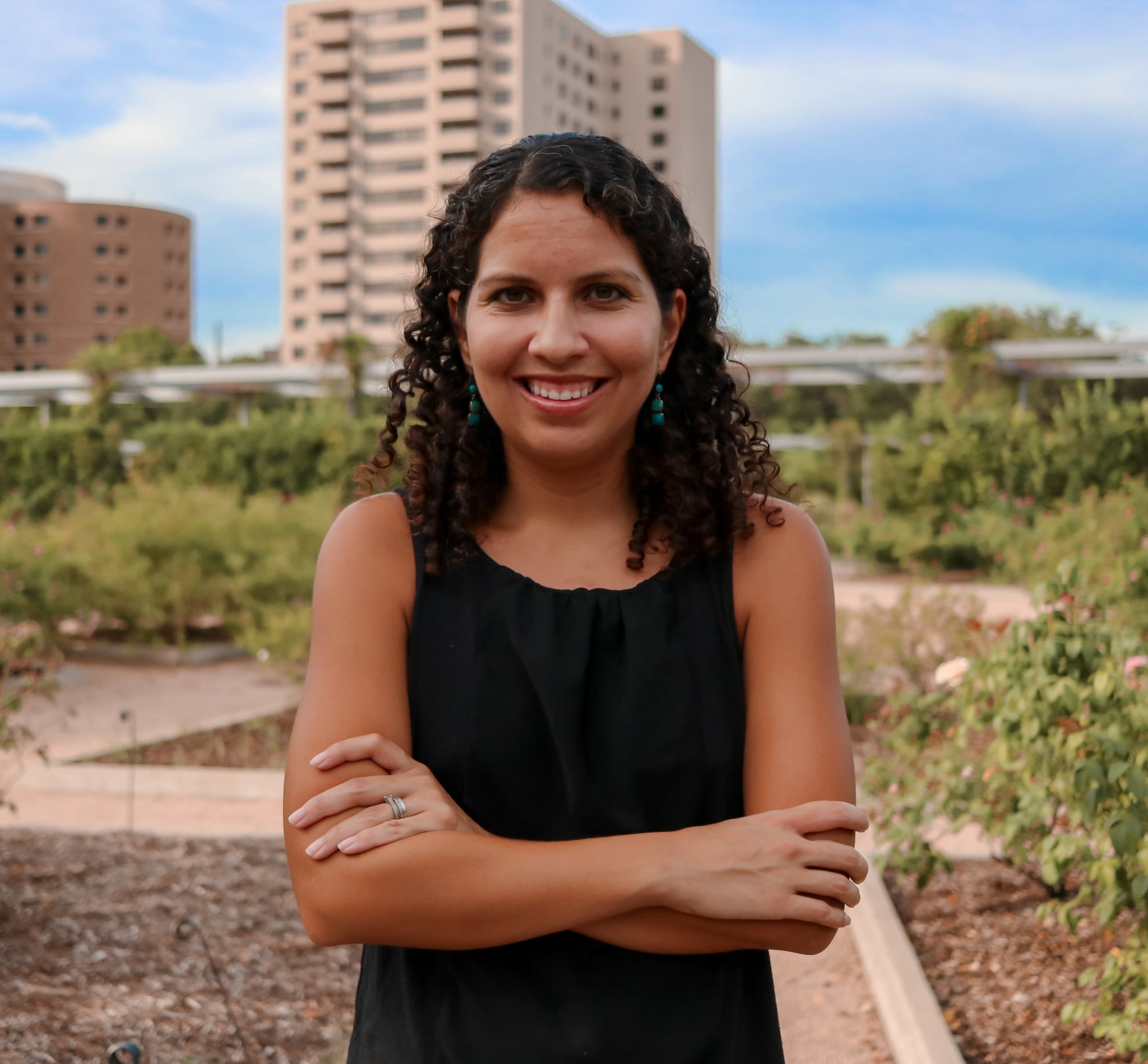 Emilia Benton is a writer in Houston, TX.

I was born in Houston to a Peruvian-born mom and a white American dad. Since Houston is a very diverse city with a huge Hispanic population, I never really felt defined by my half-Latina status as a young child. But after my mom passed away when I was 11 and my dad moved us to the small town of Newport, OR, I was suddenly more aware than ever of the fact that I was different.

Since I was 14 and a freshman in high school, I knew I wanted to go to college in New York to study journalism and be a writer. When I expressed these dreams and goals to friends and relatives, they often laughed them off. When I was handed back an English paper with an A and very few grammatical corrections, I was sometimes met with suspicious looks from teachers. These comments and actions definitely stung, but I never really let them affect me. I was disciplined and a hard worker. I had no reason to believe I couldn't make my dreams happen. As my mom always said, "lazy people work twice."

Related:
Why Running Has Strengthened the Bond Between My Twin Sister and Me

When I got to college in New York, I hardly felt different. My university had a large Latinx population, even in the communications school I was enrolled in. When the time came to apply for internships, it was admittedly challenging and super competitive, but it was the same scenario for all of my peers, regardless of background.

Even though I'm half-Latina, I'm proud of the diversity I bring to any company or outlet I work for.

The same happened after college. While the postgraduation job search period was challenging and often discouraging (you've got to love graduating in the middle of a recession), I feel fortunate that I never experienced any blatant discrimination during interviews or at any of my jobs. In fact, my culture and background have only helped further my career through opportunities like this very writing job. Even though I'm half-Latina, I'm proud of the diversity I bring to any company or outlet I work for.

There are also personal life experiences that have played a role in my career path. My mother was murdered when I was 11 years old, and despite the facts that my family's situation was thrown into the public eye and I saw my childhood home transformed into a crime scene, I felt that the media did a good job of respecting my sister's and my privacy and personal space during that time.

This definitely helped me become comfortable openly writing about my experiences as an adult. It taught me the importance of sensitivity when reporting on difficult subjects, something that can be hard to come by in today's day and age of social media, where people often share inappropriate videos and images in real time.

I know I'm lucky and perhaps even the exception. During my adult professional life, I've only ever lived in New York City and Houston, both of which are known to be two of the most diverse cities in the US. Every company I've ever worked at has had a diverse employee base, especially in Houston. In fact, when I worked as an editor at The Houston Chronicle, I was one of dozens of Latinx people on staff.

Research showcases that when it comes to representation in the media, we've made progress, but we still have a long way to go. In 1978, the American Society of News Editors pledged to achieve equal representation between whites and people of color in major newsrooms across the US by the year 2000. Not surprisingly, that goal wasn't met, and a new one was set for 2025. Recent data still shows that we're not even close. Not only that, but it's no secret that women across all industries still earn less than men, but according to the Institute For Women's Policy Research, at the current rate of progress, Hispanic women have it worse and will have to wait until 2233 to see equal pay.

In Houston, luckily, I can turn on the TV and see many Latinas on the news, but they've had to fight hard to get there. Sofia Ojeda, a reporter and weekend anchor at KPRC Channel 2 in Houston (an NBC affiliate) was born in Lima, Peru. Her family moved to New York City when she was 2 years old, and like me, her dream to be a journalist was sparked during childhood.

"My abuelito was a TV and radio host in Peru in the 1950s and 1960s. I always saw pictures and heard stories about his success, and it definitely intrigued me," she said. "But it wasn't until high school that I knew I wanted to go into broadcast journalism. I knew I wanted to be a voice for those who did not have one."

Growing up in a predominately white area in New Jersey, she was never made to feel different. "In fact, one of my sixth-grade teachers (a Polish immigrant) made me love being different. She encouraged me to speak and read aloud in Spanish, which helped me embrace my background wholeheartedly. Years later, I wrote her a letter thanking her for that experience."

While Ojeda also agrees that she's never felt like her background has been an obstacle when it comes to moving up in her career, she recalled one experience when a news director told her that if someone assumed she was of a different ethnic background (such as Hawaiian, Indian, Greek, or Italian), she should just play along and go with it.

"I really wasn't sure how to feel about that one. While I think all of those backgrounds are lovely, that is not who I am," she said. "I am Peruvian, my family is Peruvian, and I may have Incan and European ancestry, but I am not of any other ethnicity."

Ojeda also noted that she hasn't always worked in markets as diverse as Houston, and she recalled an incident that made her feel threatened on the job.

"For several years, I was the only Latinx reporter for the entire market size, almost half of the state of Pennsylvania."

"I worked for a station in Pennsylvania for almost five years before coming to Houston. For several years, I was the only Latinx reporter for the entire market size, almost half of the state of Pennsylvania," she said. "On the day I made my on-air debut, I received a voicemail from a man who told me I was different from everyone there, that some people would not like that I was there, and that I should be careful and watch my back. I felt terrified and ended up reporting it to my boss and to the police. I remember thinking, 'Is this for real? Do people feel this way?'"

The terrifying experience didn't stop her, but it did open her eyes. "My young, naïve self quickly realized, yes, there are still people who feel this way, there are still many out there who do not want people of color on their television sets, who do not want to see diversity in schools, businesses, and the community. And for some time, I was a bit afraid to do my job every day," she said. "But I told myself I won't let that person or anyone else make me feel bad about who I am or dictate how hard I will work toward my goals and my dreams." 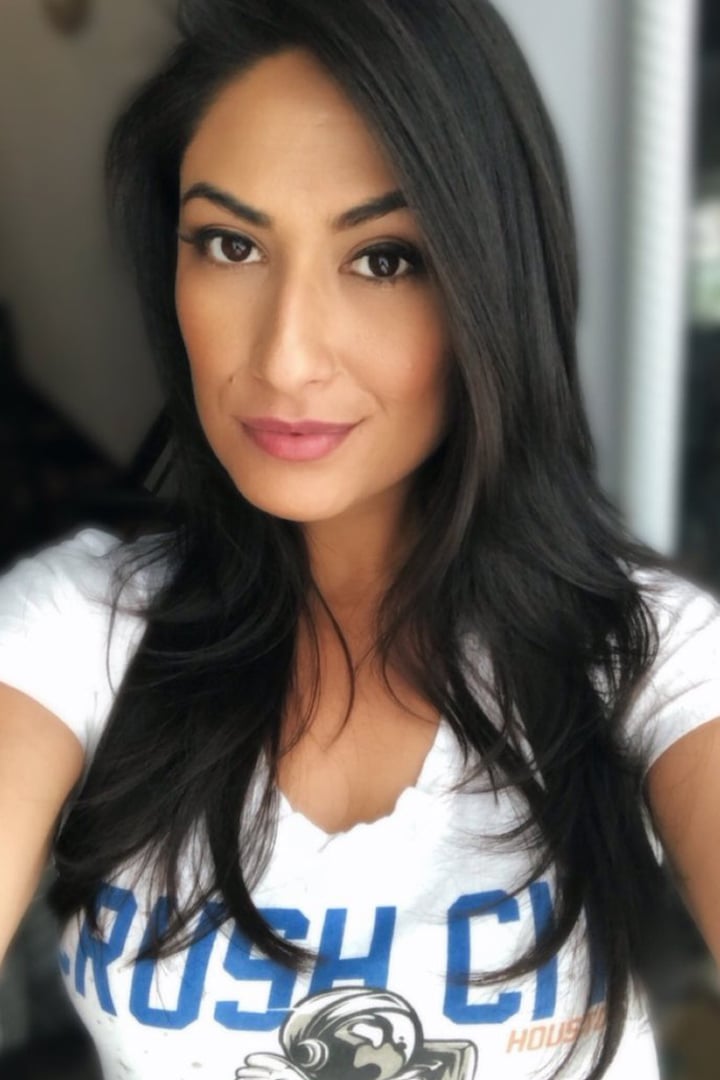 Mayra Moreno is an anchor and reporter for ABC13 in Houston, known for her signature "Buenos Días" greeting every morning. She was born in Guanajuato, Mexico, and moved to Houston with her family when she was 4 years old. She didn't realize she was interested in a career in journalism until she was in college.

"I did encounter some 'negative Nancys,' who would say I was 'too ethnic' and had a thick accent; that people like me don't make it on TV news. It was hurtful, and I was determined to prove those people wrong."

"While I was fortunate to have mentors and teachers who pushed me to push myself, I did encounter some 'negative Nancys,' who would say I was 'too ethnic' and had a thick accent; that people like me don't make it on TV news. It was hurtful, and I was determined to prove those people wrong," she said.

Moreno agrees she has seen the broadcast market open itself more to diversity and Latinxs, but like Ojeda, she has also experienced hate from viewers. "I have been fortunate to work in cities that have a large Hispanic population, so I've never been faced with a big culture shock or felt like I struggled because of my background," she said. "The biggest challenge now is learning how to ignore the 'internet troll,' someone who will hide behind a computer or cell phone and make it a point to come at you because they don't like the way you look, talk, or say something."

Moreno noted that she is currently the only TV personality at her station who is 100 percent fluent in Spanish, and while it'd be great to have more diversity, her heritage helps her stand out and offers opportunities she might not have gotten otherwise.

"It's mind-boggling, especially since the Hispanic population is huge here," Moreno said. "Being from Mexico and speaking Spanish fluently has helped me get certain stories because the people being interviewed felt comfortable. There's a lot of crime that happens within some predominantly Hispanic neighborhoods here, and many people often don't want to talk because they fear for their safety. But when I'm able to explain in their own language how I can help, more often than not, I'm able to report on that situation and give them a voice."

Ojeda agrees, saying now more than ever is a great time to be a Latina in the field of journalism. "I think the world of broadcast journalism has changed so much over the years, and many, if not all, companies want to be more diverse. I think many are looking to hire more people of color," Ojeda said. "I know it's definitely an advantage when I encounter a potential interview subject who only speaks Spanish and I'm able to communicate with them. But even so, I think in major markets and networks across the country, Latinos are still underrepresented, and I would hope that more Latino students would want to work toward a career in journalism."

I would definitely echo that sentiment. Generally speaking, many students might be hesitant to pursue a career in journalism due to the state of the industry in today's economy. But media is always changing and evolving. (Case in point: my major was "print journalism," and almost all of the writing I do now is published exclusively online.) There will always be a need for people to tell the world's most important stories, and Latinx people rightfully deserve a seat at that table.