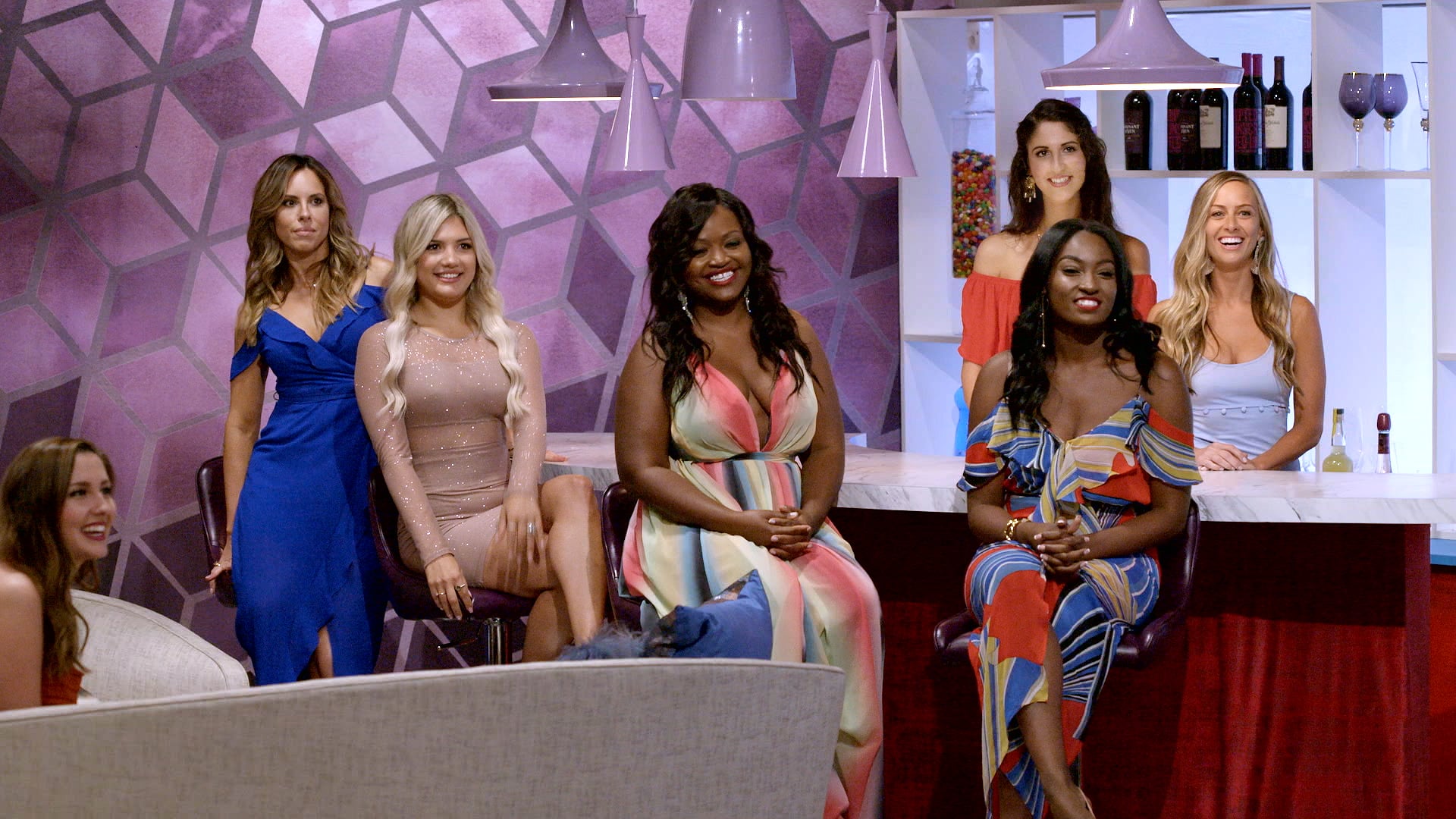 Netflix's dating show Love Is Blind is touted as a revolutionary take on the stereotypically shallow world of dating reality TV. The whole point of the show, theoretically, is to prove that love isn't all about the looks, but about the connection. By making contestants get to know each other "blind" first, it's supposed to show how people can fall for each other without looks getting in the way or clouding judgement. While the show is highly entertaining and addictive, when the big "reveals" happened, I couldn't help but notice that every contestant is still attractive and could just as easily be on some iteration of The Bachelor. Which made me wonder . . . what's even the point?

If Love Is Blind wants to prove that looks don't matter, then why cast an entire group of people who are conventionally attractive? It seems like an old-fashioned fairy tale: you can fall in love with someone without knowing what they look like — they might even be a "beast" for all you know! But then you're rewarded for your lack of shallowness and your ability to see past the surface by being gifted a physically attractive partner, a "handsome prince" or "beautiful princess," so to speak. While that may not be the message Love Is Blind is intending to send, it's certainly what's being shown.

Romanticize the heck out of normal people figuring out how to fall in love. To me, that's a lot more interesting — and a lot more romantic — than watching yet another set of future influencers fake-fall in love.

On the other hand, though, by emphasizing the "blindness" — and thus drawing extra attention to the contestants' physical looks by making such a point of not seeing each other at first — the show pretty much has backed itself into a corner. Let's be honest for a minute here: if the show deliberately cast a variety of people with widely different looks, we all know exactly how it would go: a gross emphasis on forming drama out of the perceived "discrepancy" in looks. Anyone remember Beauty and the Geek or any of the dozens of uncomfortably looks-focused "reality" shows from the mid-2000s? Because I do, and it's hard to imagine producers not falling back on those same tropes: "they're out of my league" or "makeover" montages for the "ugly ducklings," teary confessionals about not being "attracted" enough for the "beauties." I suppose, in a way, it's almost better that Love Is Blind is just a bunch of Insta-model-ready people, rather than trying to pair them with people who would inevitably be chewed up by the reality show machine.

Related:
The Bachelor Has Forced Every Woman Into Being a Villain or a Victim, and It's Not OK

In the end, it largely comes down to viewership, too, and what producers think people want to see. Conventionally attractive people having sexy drama is a staple of the reality TV genre, so they can include plenty of images of objectified bodies in their trailers and across the episodes. The contestants on Love Is Blind can't see each other at first, but the viewers can, and there still is a stereotype that viewers would rather watch someone "aspirational" than someone real. It's a real shame, because that can really do a number on the self-confidence of people watching. When there's a constant onslaught of images from magazines, Instagram, and even so-called "reality" TV, our brains know that's all fake and photoshopped, but sometimes our hearts forget that and start to feel self-conscious and frustrated.

Now, what would really be groundbreaking? Go ahead and keep the "blind date" aspect, if you must. But instead of falling prey to the temptation to cast a bunch of conventionally attractive people — or, worse, deliberately cast "awkward" people opposite "beauties" in order to manufacture extra drama — just cast average people! We're all beautiful in our own ways, and reality TV needs to stop defining what it means to be seen as attractive. People like to watch people — ones with acne scars, people with body types other than "model" or "fitness instructor," people with cool hairstyles outside of just blonde and brunette. You get the idea. Romanticize the heck out of normal people figuring out how to fall in love. To me, that's a lot more interesting — and a lot more romantic — than watching yet another set of future influencers fake-fall in love.