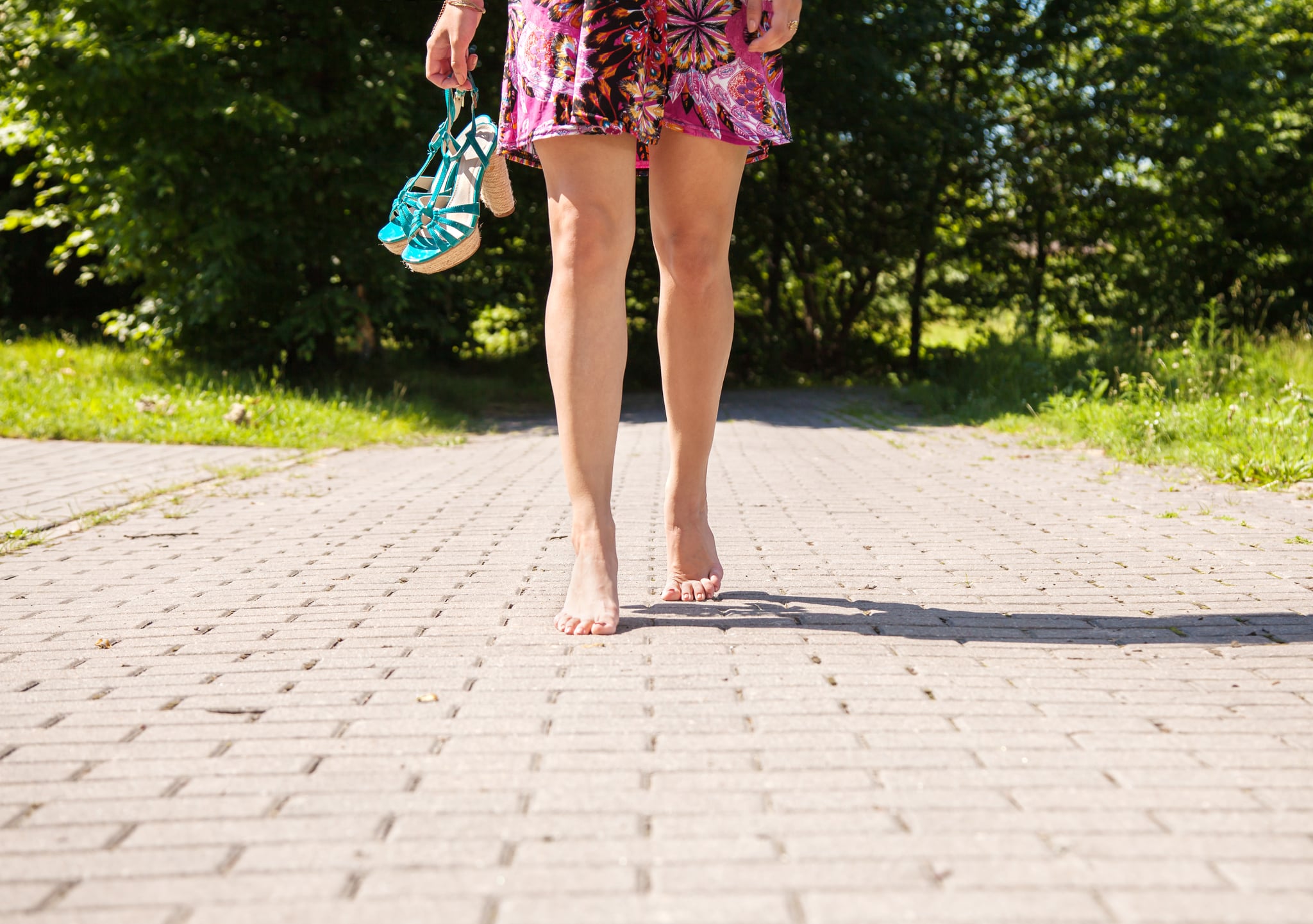 It's tempting to joke about doing the "walk of shame" when the eyeliner you worked so hard to perfect is smeared halfway down your face and your polyester bodysuit is suffocating you in the light of day. In fact, it seems downright innocent to label the journey from a hookup's place to your own bed as borderline embarrassing. But while marching home in the early hours of the morning with a full smoky eye can feel awkward, we need to stop labeling casual sex as "shameful."

Lighthearted comments about the walk of shame seem to happen everywhere, but they almost always target women for their appearance or perceived behavior. It's a concept that's supposed to pass for playful teasing, but in actuality, it reinforces the idea that hookups are things to regret and not entirely appropriate for women to participate in. These underlying messages turn what should just be an unremarkable, if not slightly awkward, walk home into an event for people to comment on, make assumptions about, and judge unfairly.

Related:
6 Tips For Dealing With a Roommate Who Keeps Having Sex in Your Dorm Room

The walk of shame functions as a tool to chastise women for their sexual choices.

My most memorable experience with this occurred during my freshman year of college, as I was walking home from an all-you-can-eat brunch with my friends that I got dressed up for. My romper was stained with syrup, and I carried my heels in hand because my feet were tired from standing in line for more bacon. As I made my way back to my apartment, a car drove by with the windows down, pausing just long enough for the driver to yell, "Congrats on the sex!," before speeding away while laughing. My first instinct was to run after the car and insist that my glazed appearance was actually a food coma instead of a hangover, but I resisted. Partly because it was an uphill run, I'll admit, but also because I didn't have to justify myself to anyone, despite what the heat in my chest was trying to tell me. I didn't even have casual sex the night before, yet I was still being shamed for it just because of how I looked?

I carried that strange, guilty feeling with me for the rest of the day and eventually realized that, barefoot brunch antics aside, there's so much more to the walk of shame than I originally realized. Although I had always thought that the shameful part of the morning-after walk was the disheveled look and pounding headache, I began to see that I was missing a huge part of the story. The shame I felt for a hookup I hadn't even had was all the proof I needed.

According to Susan Coots, the program manager for Onondaga County's Family Planning Service and a professor of human sexuality at Syracuse University, the walk of shame functions as a tool to chastise women for their sexual choices. "We shame people for having sex, or for having sex that's enjoyable," Coots told POPSUGAR, pointing to words like "dirty" and "nasty" as common descriptors for casual sex. "When somebody, particularly women, decide that they're going to have casual sex, we say they shouldn't be having sex with somebody that they're not in love with or committed to," she added.

This kind of sexual policing is most commonly experienced by women, who are often taught that their worth is tied to their sexual choices and the external judgments of others. When it comes to female sexuality, there are strict rules in play, and as a result, research suggests that even women monitor each other's sexual behavior, based on the sexual politics they've learned. These motivations aren't always conscious, but they're still indirectly used to restrict and critique women's sexual choices.

So while phrases like "walk of shame" may seem like relatable inside jokes, Coots explained that legitimizing them is more harmful than many people realize. "It's about power and making sure that women don't have it," she said. That's not to say that there isn't any humor in an uncomfortable, stiletto-clad struggle back home, but shaming women for their sexual decisions has very real consequences related to empowerment. Consequences strong enough to make you feel guilty just for eating an extraordinary amount of waffles.

If we're serious about ending the walk of shame, the best thing we can do is simply stop talking about it. That means limiting our own assumptions, side-eyes, and self-deprecating Snap stories and shutting down shameful talk when we hear it. "When more and more people just don't participate in it, then it stops being a thing," Coots explained. An easy step toward sexual empowerment, personal choice, and harassment-free brunches for everyone.