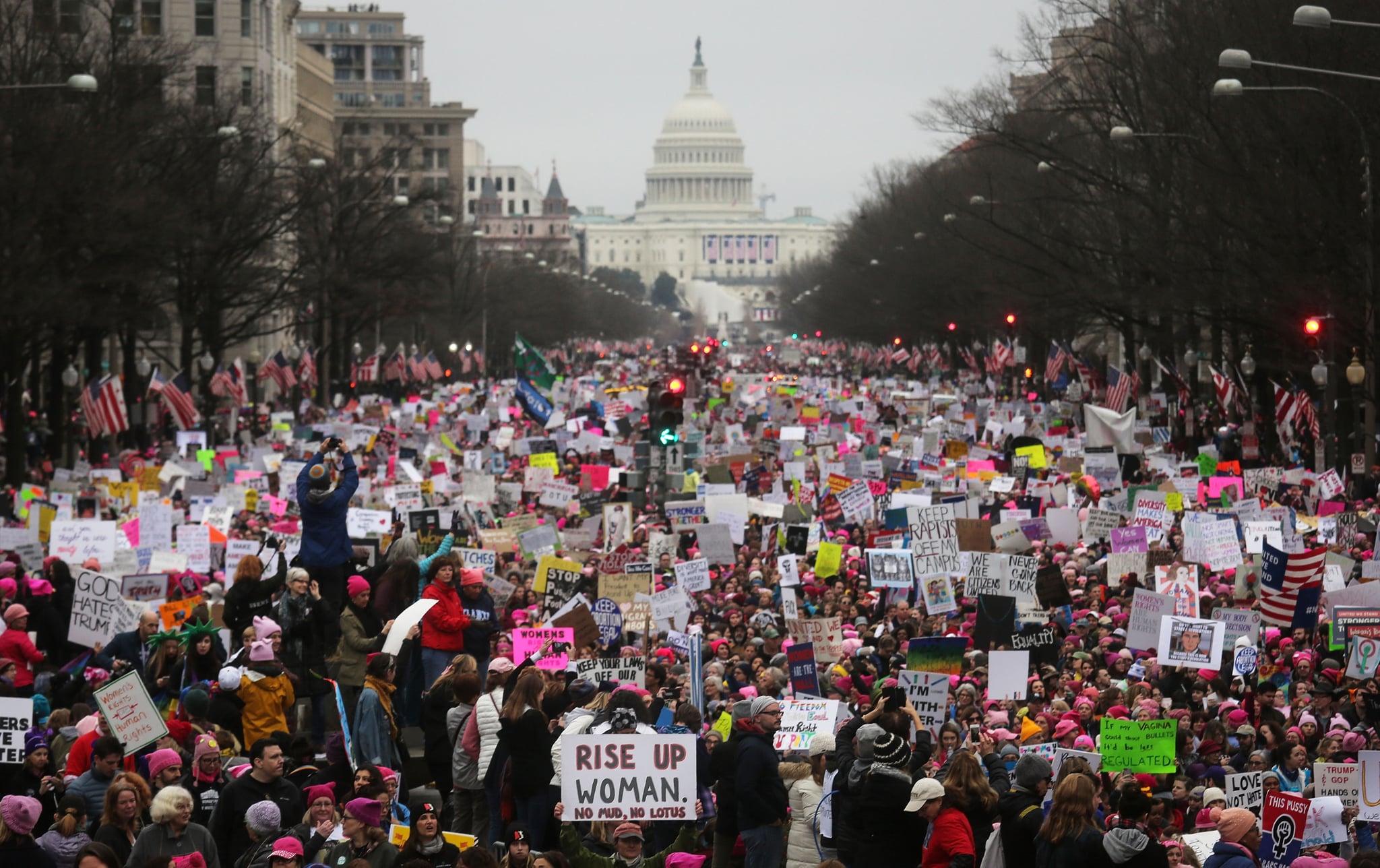 Scrolling through Instagram on Saturday, Jan. 21, an image of a young girl holding a sign caught my eye. It read, "Watch out, Trump! My generation votes next!"

This photo was powerful for two reasons: First, this young lady represents the future. And for those of us who are not embracing Donald Trump's presidency with open arms, that fact feels like a crack of sunshine in stormy skies.

Second, she was one of an estimated 3.3 million to 4.6 million Americans who participated in this literally moving movement. The 2017 Women's March was initially set out to be just in Washington DC but ended up happening all over the world (as in everywhere from Alaska to Paris).

As a native New Yorker, I felt like everyone I knew — and their mothers and grandmothers — were at the marches in DC, NYC, LA, San Francisco, and Chicago. But as we learned with the election, America's top cities do not necessarily represent the masses. So if you weren't as connected to the marches and want to learn more about what happened on Saturday — as well as what's been organized to happen next — keep reading!

The marches all started with a 60-year-old woman, Rebecca Shook, living in Hawaii. The night after Trump was elected, she used a Facebook post to express her frustration. She pondered: could women march on Washington on Inauguration Day? They sure as hell would.

Shook created an events page for the march, which was shared in the viral Facebook group Pantsuit Nation. Four female activists took over the planning, and the rest is the history we are writing right now.

Once the Women's March on Washington became official, it became defined as "a grassroots effort comprised of dozens of independent coordinators at the state level" to fight for many social justice issues.

The Role of Hillary Clinton: 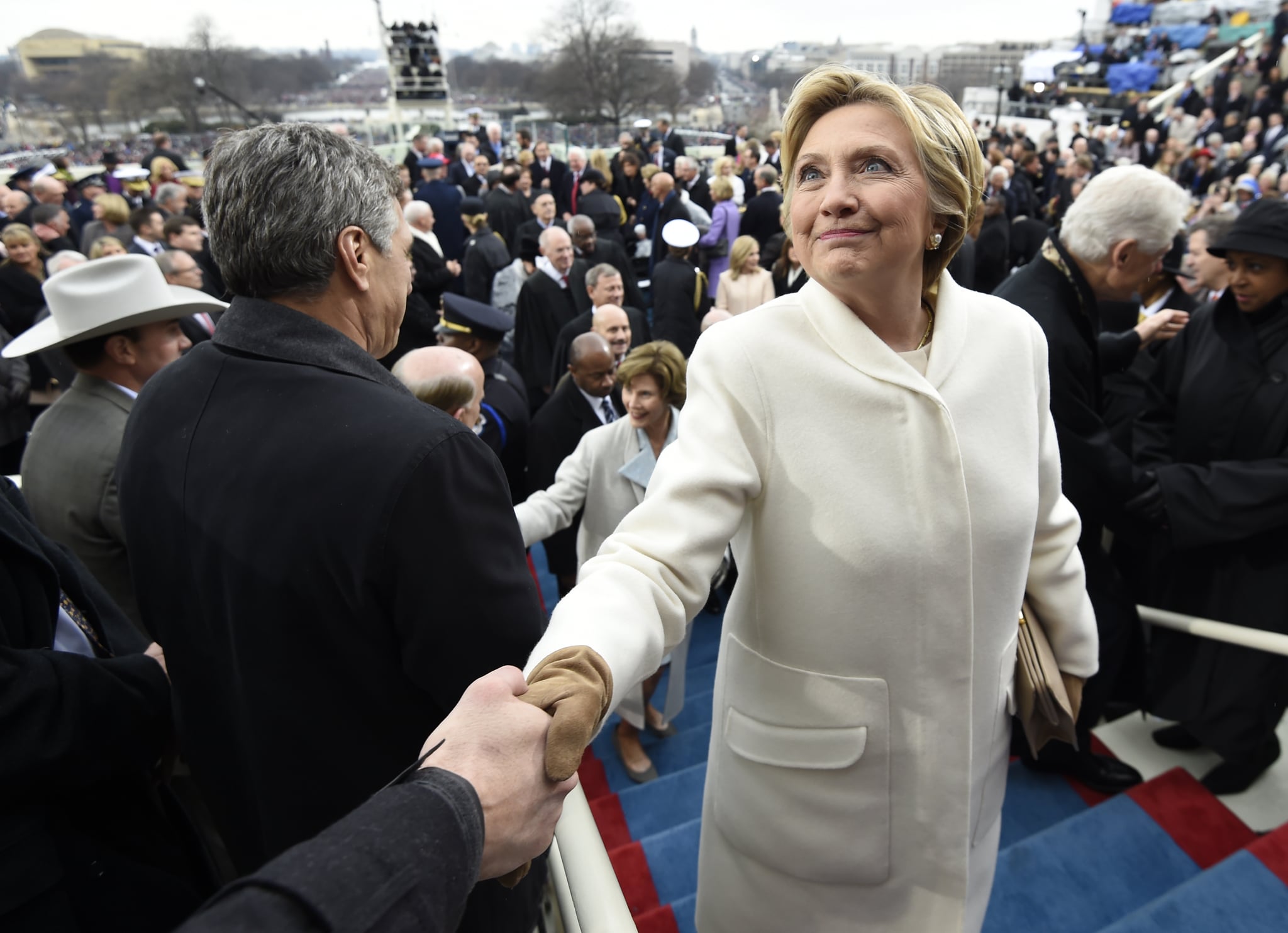 While Shook quietly stirred this movement, there was a more public figure echoing it. I saw rumblings of the march start popping up on my Facebook events the day after Trump beat Clinton in the election. Clinton and her loss in the electoral college in many ways sparked this movement. The former secretary of state became the "Girl on Fire," the symbol of the revolution.

The Women's March began, at heart, as a feminist cry. Michael Che shed light on this during SNL's Weekend Update when he said, "A feminist is really just someone who believes in equal rights for women. And that's easy to get behind . . . I think it's weird to get a special name for just being a reasonable person because that's all it is. Believing in equality just means you're not a d*ck."

However, though it was dubbed the Women's March, it became something much bigger and more inclusive than that. All genders were invited to march, and the day became a way to advocate for diverse social issues.

In fact, the official mission of the Women's March website addresses this by appealing to many. It states:

"The rhetoric of the past election cycle has insulted, demonized, and threatened many of us — immigrants of all statuses, Muslims and those of diverse religious faiths, people who identify as LGBTQIA, Native people, Black and Brown people, people with disabilities, survivors of sexual assault — and our communities are hurting and scared. . . . In the spirit of democracy and honoring the champions of human rights, dignity, and justice who have come before us, we join in diversity to show our presence in numbers too great to ignore."

Though the marches brought together millions of different personalities, attendees of the actual event described it as more of a peaceful parade than a rowdy protest. Indeed, the march advocated for the Kingian nonviolence principles, which you can read about here. 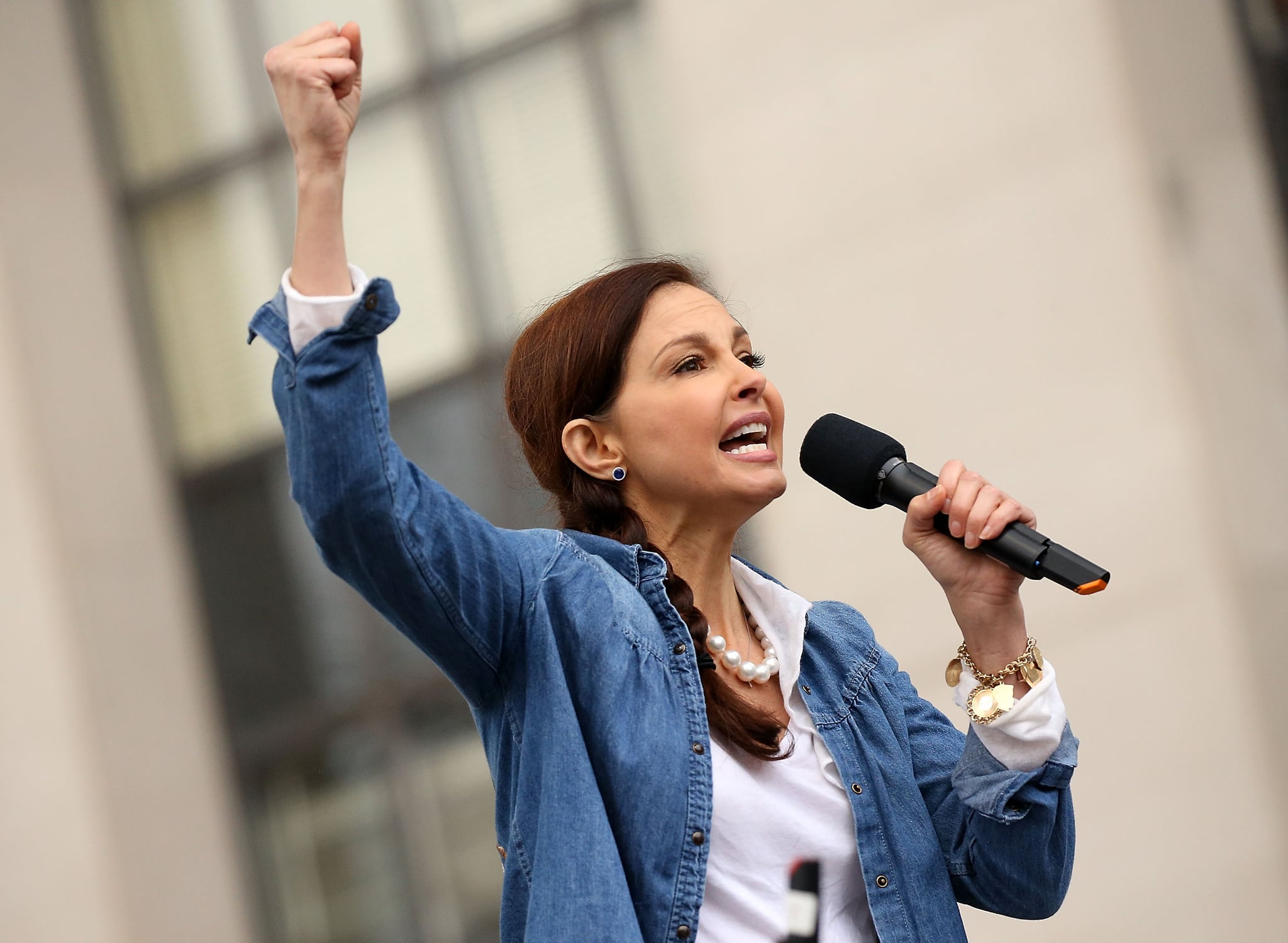 The official march kicked off with a rally from 10 a.m. to 2 p.m. in DC, followed by a march from 2 p.m. to 5 p.m. There were a host of speakers and performers (including Ashley Judd, Madonna, and America Ferrera) who took a stage between 3rd and 4th on Independence facing NW.

There were also big names in attendance, from political activist Gloria Steinem to Miley Cyrus and Rihanna.

What's Been Done So Far:

A march was organized, it spread all over the globe, and people showed up in troves. Pink hats were bought. Brilliant signs were made. And many shared emotional stories, videos, and images on social media with the tag #whyImarch. Hopefully, this unified voice screaming for social justice was heard.

The Plan For What's Next:

The official Women's March on Washington website released the first 10 steps out of a 100-day plan. The first action is to write to your senator about "what matters most to you and how you're going to continue to fight for it in the days, weeks and months ahead." You can also print out a card that says "Hear Our Voice." The leaders encourage you to keep writing down your thoughts and sharing them on social media.

Now that this revolution has started, we'll be watching to see how far it goes (and hopefully participating!). 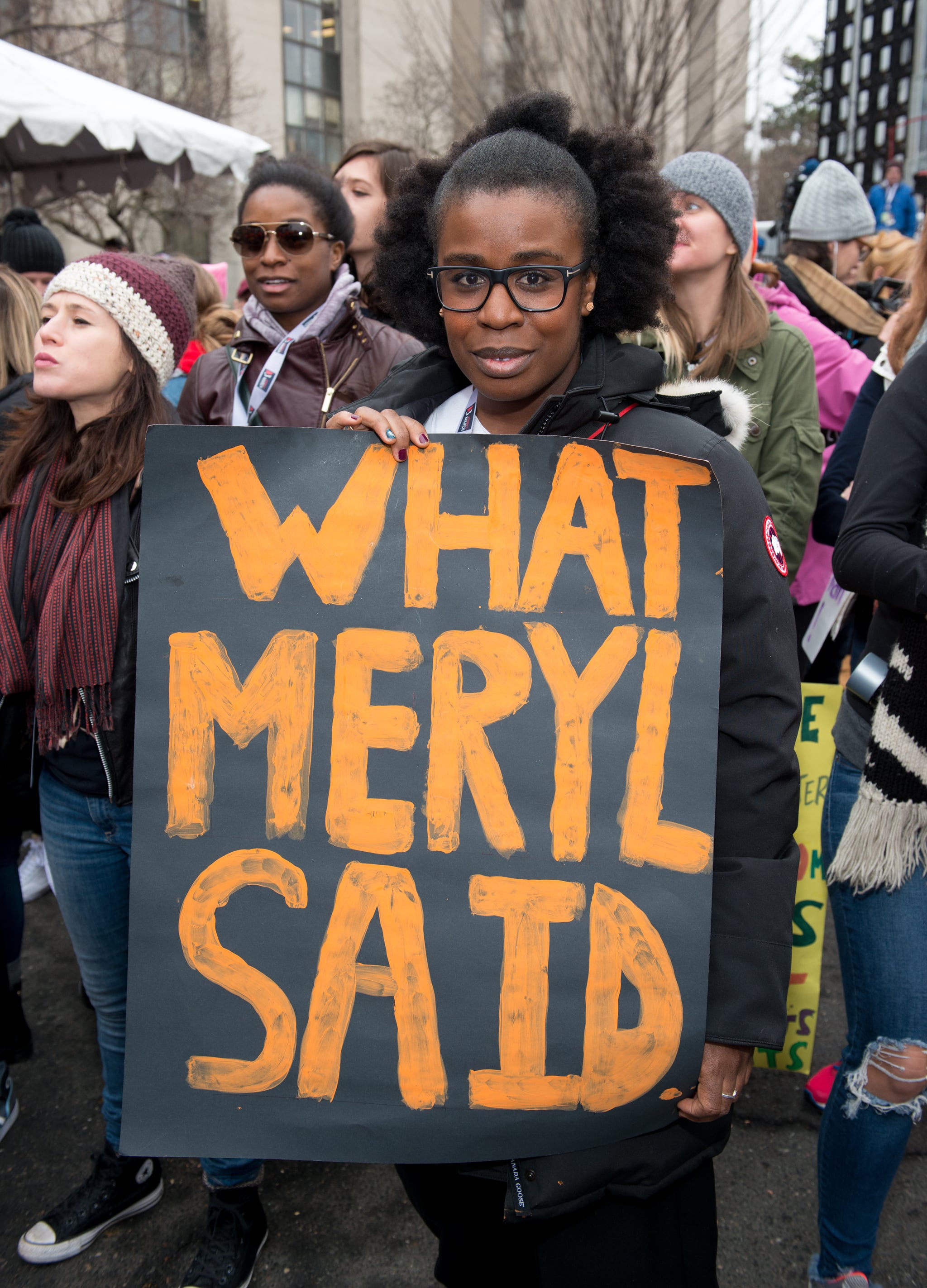 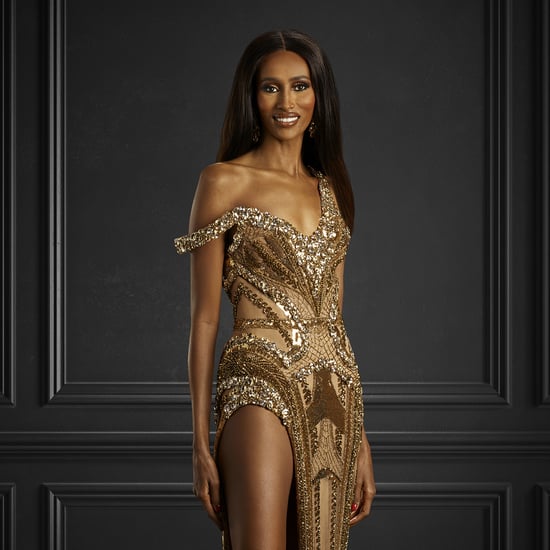