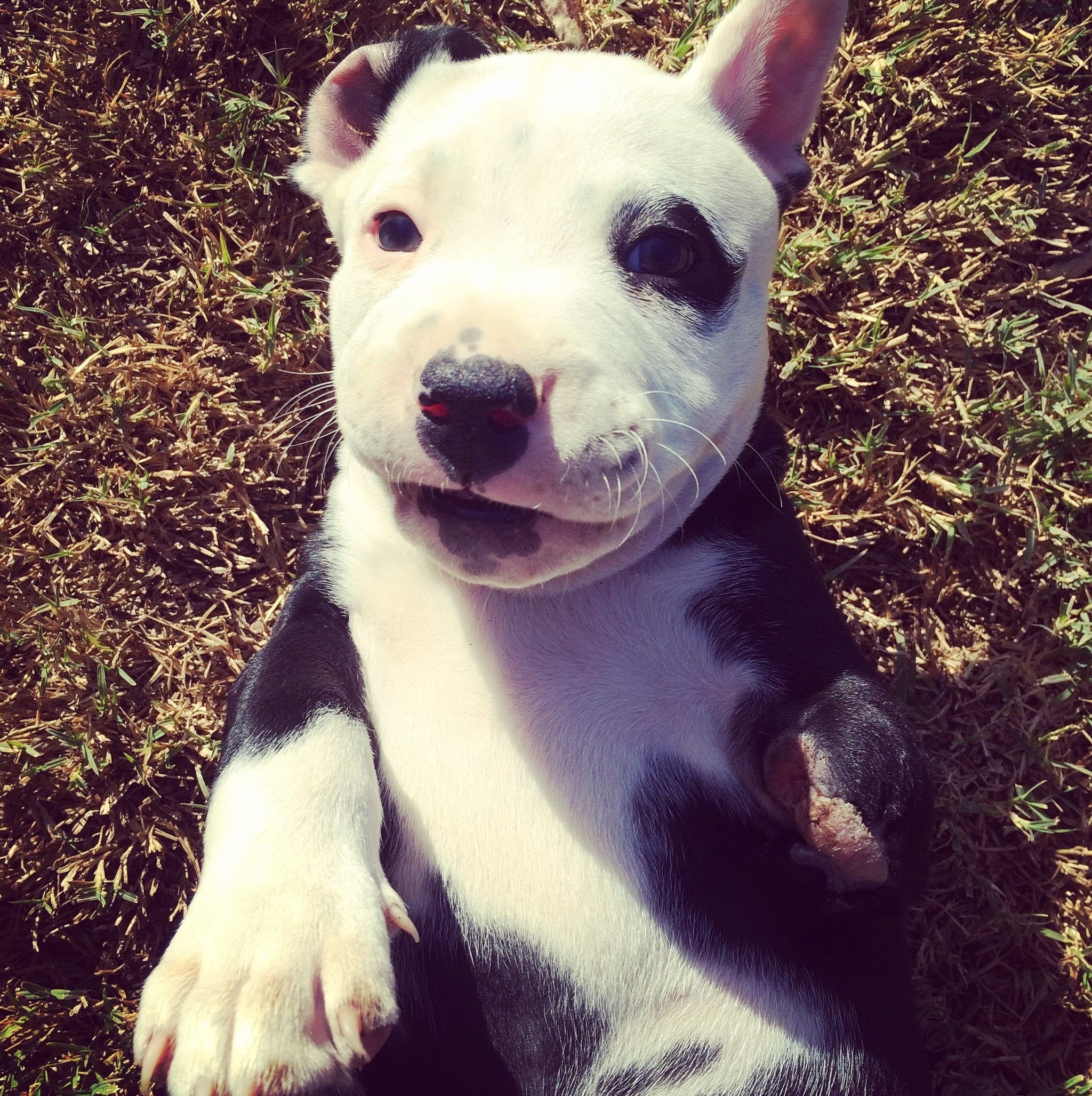 A few years ago, I'd agreed to help my mom pick up a dog she had just adopted from a foster home about an hour away. My mom was out front playing with her new pup when the woman fostering her dog came out and told us another one of her foster dogs had recently had a litter of puppies. As we walked into what she called her puppy house, there was a sweet mama pup nursing all of her adorable butterball puppies. I instantly fell in love with one of them — a beautiful black and white puppy, the runt of the litter, and the only one who was missing part of her front leg.

My husband and I were not planning on adopting another dog — we already had our hands full with two dogs, two cats, and two horses. And we had zero prior experience with dogs who were differently-abled. But when we saw her we knew.

I asked if I could hold her and the woman fostering her began telling me what happened to her leg. She said it's common for young mother dogs to accidentally injure their new pups when they are born. She told us that right after this puppy was born, her mother had groomed her a bit too aggressively and ended up breaking half of her left front arm off. While this may sound pretty gruesome, newborn pups are like gummy bears and can easily get injured during or right after the birthing process. Although we weren't looking for another dog, I knew I had to send my husband pictures of this one. As we left her house, I just had this gut feeling that this was supposed to my dog.

Even though my husband was reluctant to get another dog, I could tell as he looked at the pictures of her that she also melted his heart. I texted the woman fostering her and told her we were very interested in adopting this puppy. That next weekend we spent some time with her and got to observe her walking around a bit more. She was unevenly balanced as she walked because she was still attempting to use the arm that was partially missing. In this short visit, we could tell that she was incredibly resilient and determined.

Several weeks later we made the adoption official, and chose to name her Lily. We were then faced with the decision to keep her partial leg or to fully remove it. After speaking with our vet we decided the best course of action was to remove the remainder of her leg. This way she could learn to walk with three legs, instead of using her partial front leg to get around. As I picked her up from surgery, I was pretty astonished to see how quickly she had adapted to getting around. I figured it would take some time for her to get used to walking with three legs, but I could not have been more wrong. It felt like she didn't even have an adjustment period and just simply adapted to her new way of life. It was pretty incredible to witness. 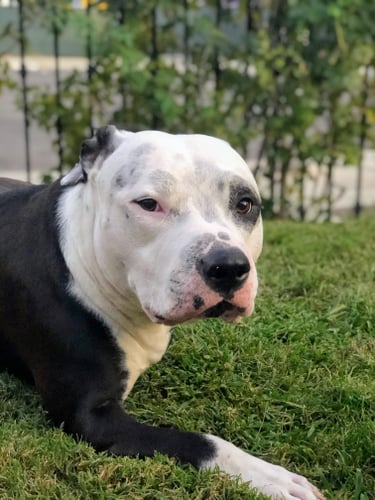 As we began taking Lily out and about, people seemed very interested in learning about what happened to her leg. Lily is a mastiff-Staffordshire terrier mix, so we became pretty used to people asking if she was injured fighting or was used as a bait dog. People also tended to project a lot of their own stuff onto her when seeing her, and as a formerly practicing trauma therapist, this was always interesting for me to witness. There became such a distinct line between how people acted towards our dog and what our dog's experience was. People would often pity her, say she was a tough or macho dog, or just generally feel badly for her, when in reality I'd look down at the happiest dog I've ever known, and see an animal that easily adjusted to this change and had no clue that she was missing anything.

Honestly the most difficult part of owning a three-legged pit mix isn't taking care of a dog who is differently-abled, but is learning how to set boundaries with people. We had to determine how to the many people who asked about her leg. At first we were honest, but after some time we concluded it was just easier to say she was born this way or was injured during the birthing process. When people heard the true story, they would assume her mother was a vicious pit bull, when the reality was that she was bred when she was still a puppy, then dumped while pregnant to fend for herself. Not sharing Lily's full story helped us feel less drained when people asked about her, especially because there were times people would make negative comments about her breed instead of actually listening to our response to their question.

Aside from Lily not being able to walk as far as our other pup (although this could also due to her mastiff low energy level), she can do anything a four-legged dog can do. She can jump on the couch, go up and down stairs, and loves to play. I will say she's not great at digging in the garden, but we see that as a win, truthfully. She also began taking a joint supplement a bit earlier in life than her four-legged sibling, but other than that she's a happy, healthy dog who loves life. While adopting a puppy who was differently-abled seemed a bit overwhelming at first, I'd do it again in a heartbeat.