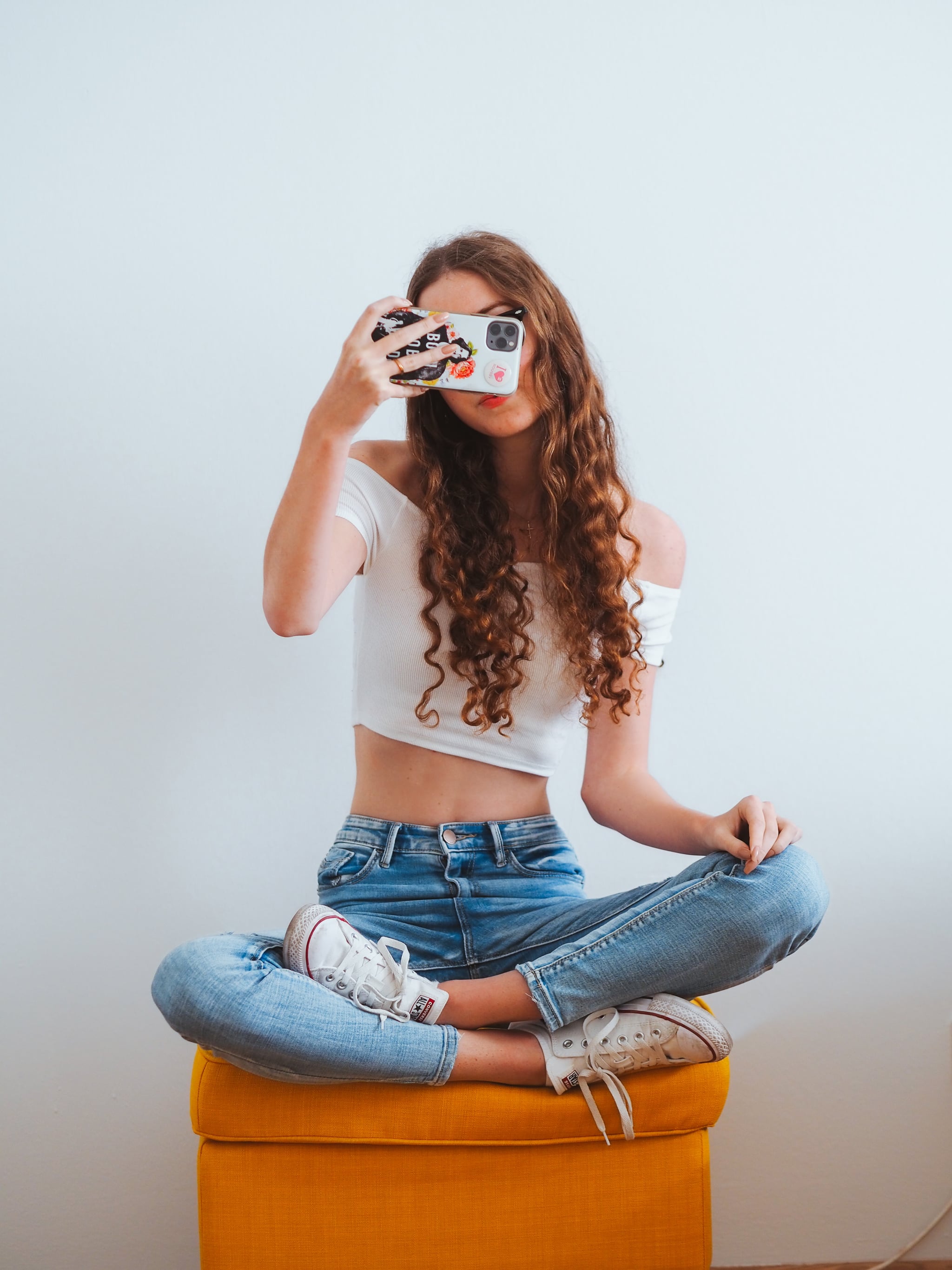 If you were born somewhere between 1992 and 1998, don't identify with either end of the current generational war between millennials and Gen Z, wonder if you're too old for TikTok, and still (kind of, sometimes) like skinny jeans, you just might be a zennial!

Zennials are a special, almost mini generation that's often referred to as the "peacekeepers." We had dial-up internet but also had cell phones in middle school. We remember life before fancy Apple products got fancy but still grew up with some variety of an iPod. We played the Nintendogs video game and collected Webkinz. We had a MySpace account, but only for one or two years. Our parents convinced us that our Beanie Babies would be worth a lot of money someday, and quite frankly, we wish that had been true, because many of us who were privileged enough to go to college are now drowning in student-loan debt.

Zennials are in the middle, wondering where they fit into it all.

For zennials, fashion is probably one of the most confusing aspects of our generational gap. Since Gen Z has canceled skinny jeans, we're all extremely confused, since we already did boot-cut and straight-leg jeans in elementary and middle school. I wore those low-cut, baggy jeans already, and I was ecstatic when they went out of style and in came skinny jeans. I also happily embraced the "boyfriend" and "mom" jean trend when I was in college, but I still busted out my skinny jeans for class and college parties. Now, apparently, I can only wear straight-leg jeans, but all I can think about are the horrific memories I have of rocking JNCO jeans and camouflage gaucho pants — if you're a zennial, you know the ones I'm talking about!

Senses of responsibility as a zennial are also a complete mystery. Many of us were told that "college is the only option" for having a bright future, so while some of us now have crippling debt from that education, we also barely have jobs and might even still live with our parents. But also, some of us are parents. I genuinely cannot keep a single house plant alive and still call my mom daily for help, but some of my friends are married with children. A large amount of millennials have established careers and are "adulting" with their "doggos" (didn't Gen Z cancel those words, too?), while many from Gen Z are doing away with hustle culture and traditional educational paths and don't want a traditional family anymore. Zennials are in the middle, wondering where they fit into it all.

I've heard some people say the world changed before zennials' eyes, and that's part of the reason many of us struggle with a variety of issues. For some of us, the 9/11 terrorist attacks are one of our very first memories, and we saw one of the biggest shifts in the world at such an early age. Technology changed from home phones with cords to cell phones when we were in elementary school, home computers and monitors changed to handheld devices, the internet changed from dial-up to high speed, and so much more. I still played outside constantly as a child, but I also had a cell phone before I was 10. Being exposed to so much change in a very short period of time at a young age was confusing, and personally, I believe it left a lot of zennials feeling like we didn't have much control over the world around us (which, as I've gotten older, I realize is a theme for pretty much everyone).

Related:
37 Toys You Definitely Had If You Grew Up in the Early 2000s

I can't relate very well to Gen Z because I'm in my mid-20s, my fashion sense is "edgy" but not that edgy, I can't get through my day without a coffee, and I will never do a TikTok dance. But I also can't fully relate to millennials, because I wasn't alive for their core childhood memories; I didn't "do a thing," as many of them say; I didn't start watching The Bachelor until Ben Higgins's season; and I don't take offense to the generational war or every little thing that Gen Z comes up with.

So yes, I like skinny jeans, but I swear I'll never wear my hair in a side part ever again. I read Twilight (and honestly, I loved it), not Harry Potter. I'll probably keep using the laughing emoji, but I'll also be out on the streets and on social media to protest social injustices. I'll make my own doctor's appointments and go without my mom, but I really, really, REALLY don't want to. TikTok user @dyl_pixel describes zennials as "chaotic neutral," and I don't think I could sum it up better than that.