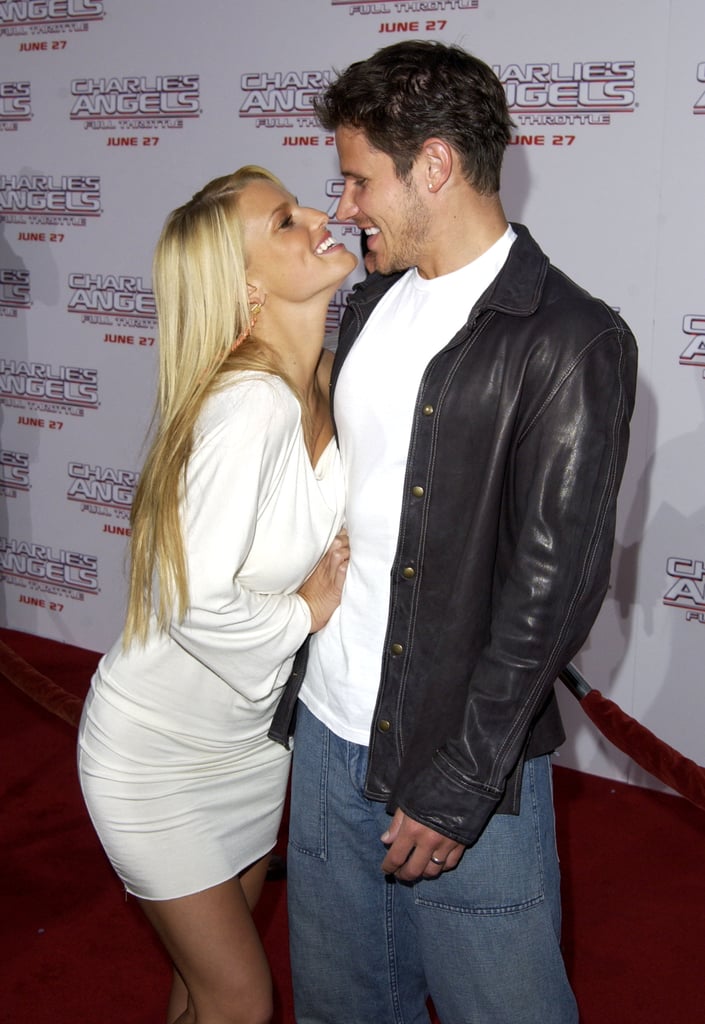 The '90s were chock-full of glorious celebrity couples, but the '00s also had its fair share of gems. Not only did the era of AIM and Louis Vuitton gift us with Hollywood pairings like Ryan Gosling and Rachel McAdams and Jennifer Lopez and Ben Affleck, but it also gave us one of the best pop music couples since Britney and Justin: Nick Lachey and Jessica Simpson. The two had an instant connection when they first met at a Christmas party in 1998 and started dating shortly after. Nick even told his mom they would get married after their first encounter. About two years later, the pair mixed business with pleasure when Jessica went on tour with Nick's band, 98 Degrees. Aside from making sweet music together, they both appeared in each other's music videos.

In 2001, Jessica broke things off to focus on her music, but they eventually reconciled following the September 11 attacks. They announced their engagement in February 2002 and tied the knot during a lavish ceremony in October. Aside from sharing the stage and the red carpet, the duo also shared the screen for their ridiculously addicting reality series, Newlyweds: Nick and Jessica, on MTV. While the show and their relationship ended in 2005, their picture-perfect love still holds a special place in our hearts. If you're feeling nostalgic, look back at their Barbie and Ken romance.

Nostalgia
A Rugrats Reboot Is Coming to Paramount+, Featuring the Original Voice Cast!
by Alessia Santoro 2 days ago

Keke Palmer
So, Does This Mean Keke Palmer and Styn Are Official Official Now?
by Monica Sisavat 3 days ago

Nostalgia
Pass the Razzles: Jennifer Garner and Mark Ruffalo Had a Sweet 13 Going on 30 Reunion
by Kelsie Gibson 3 days ago