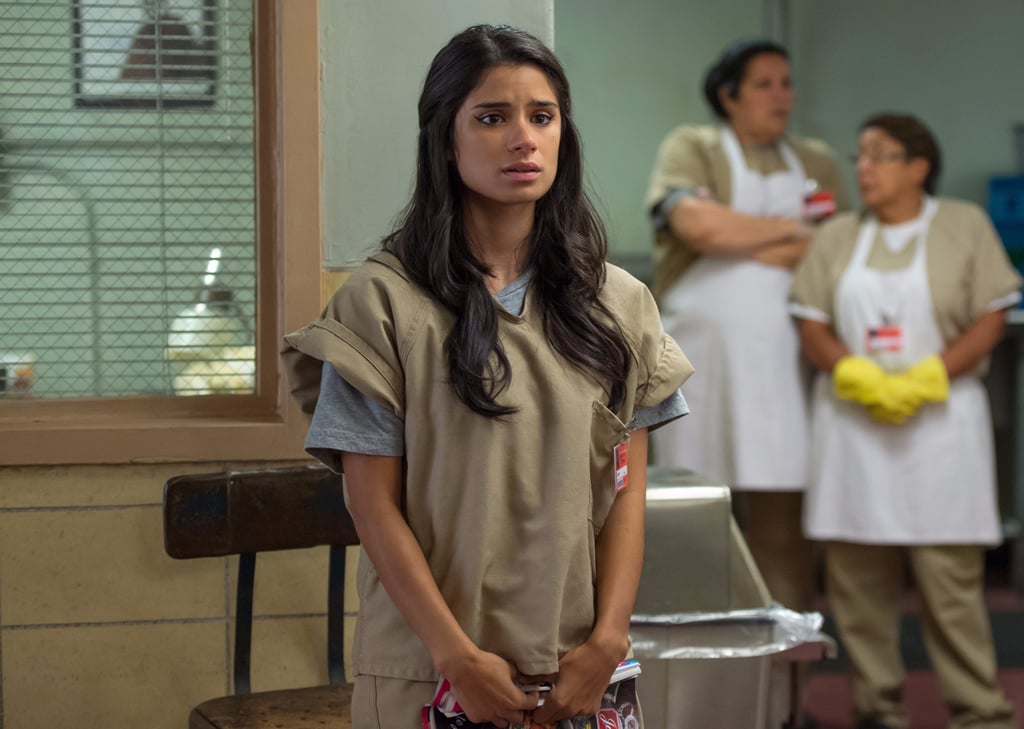 5 Reasons to Fall in Love With OITNB's Diane Guerrero, If You Haven't Already

Trying to narrow down a favorite character on Orange Is the New Black isn't as hard as, say, making shower shoes out of maxipads, but it's still pretty damn tough. The Netflix dramedy has a massive ensemble cast, all of whom are supremely talented, but Maritza Ramos has had a special place in our hearts since season one. Maritza is bubbly and hilarious, and her real-life alter-ego, actress Diane Guerrero, is just as cool. Get to know Diane ahead!

Related:
Hold On to Your Jaw, Because This Is What OITNB's "Skinhead" Helen Really Looks Like
Previous Next Start Slideshow
Orange Is The New BlackDiane GuerreroCelebrity InstagramsTVCelebrity Facts