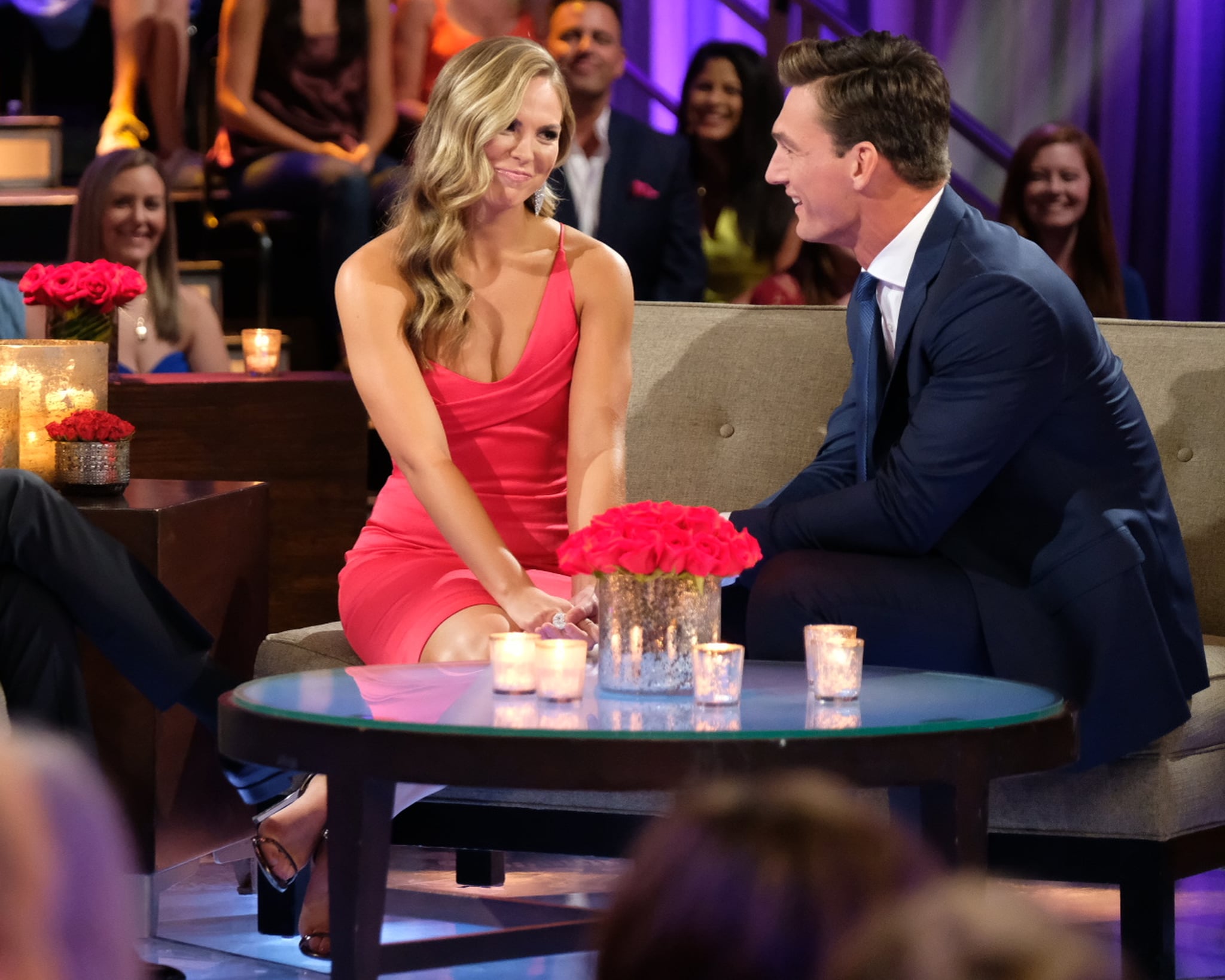 We didn't think we'd be asking this in 2020, but are Tyler Cameron and Hannah Brown dating again? The former Bachelorette pair were seen together in Florida recently, hanging out and enjoying some beach time, which — of course — sparked dating rumors again. From the sound of things, though, they're not together in a romantic way right now.

According to a source who spoke with E! News, Hannah and Tyler are not dating — she's just being a good friend and supporting him in the wake of his mother's unexpected death. "They aren't dating but Hannah has been there for Tyler since the passing of his mom. She reached out immediately and Tyler was grateful for her support. They have gotten closer recently and he's really thankful to have her around. Hannah knew his mother and it's comforting to him to have her support and be around him and his family."

Still, the source noted, there didn't appear to be anything super romantic about their reunion. "Tyler and Hannah seemed genuinely happy to see each other. They were very comfortable together, and their interactions seemed very friendly, natural and genuine . . . [but] things didn't appear romantic; there was no PDA."

Hannah's visit actually marks the second time in recent days that she's flown out to see Tyler. Previously, other E! sources spotted the pair hanging out in the immediate aftermath of Tyler's loss. She flew out to Florida for Andrea Cameron's celebration over the weekend of March 6, E! reported. "Hannah Brown and Tyler Cameron were at Miller's Ale House in Jupiter, Florida for a celebration for Andrea Cameron. Hannah came to Miller's first, then Tyler showed up a little bit after and they sat over in the high top area," one witness said, noting that there was no PDA but they seemed comfortable together in their group. "There were a lot of people in their group celebrating and everybody looked like they were having a great time."

Tyler was, famously, the runner-up on Hannah's season of The Bachelorette. She chose Jed Wyatt over Tyler, but her relationship with Jed came to a screeching halt postfilming after news broke that he had gone on the show to promote his music career and that he'd made promises to a girlfriend back home. On the "After the Final Rose" special, Tyler and Hannah agreed to go on a date, but he was soon linked to other celebrities such as Gigi Hadid, while Hannah made an emotional appearance on Peter Weber's season of The Bachelor. Still, after all that drama, it seems like Tyler and Hannah have managed to stay in each other's lives and genuinely stay friends — which might be one of the healthiest post-Bachelor relationships in a long time!