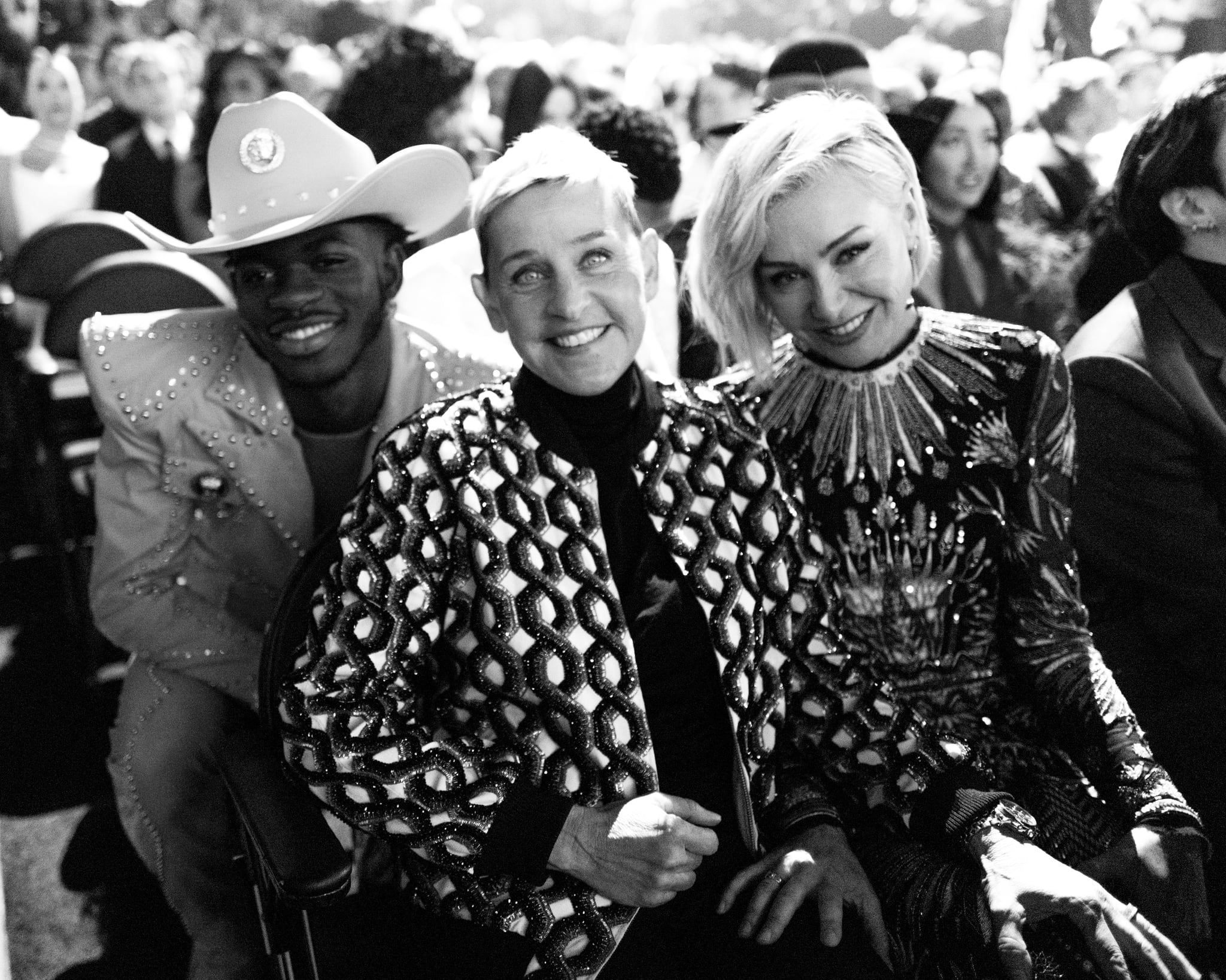 If I had to pinpoint the moment celebrities boarded the Titanic of fame and were about to hit the iceberg that would sink their glorification with no chance of survival, it would have to be that "Imagine" video. On March 18, Wonder Woman's Gal Gadot posted an Instagram video that featured her and way too many others singing "Imagine" by John Lennon, an effort to remind people that "we're all in this together." Laid up in my bedroom with a fever of 102 degrees and a cough that was making it increasingly hard to breathe, I watched Gal sing with her celeb pals and wondered, "Who the f*ck asked for this?"

It wasn't the first (or the last) moment of 2020 that made me feel like I was watching the sinking ship that is the cult of celebrity, but it was definitely a landmark in time. As the world grappled with the crisis of a pandemic and a worldwide movement against police brutality sparked by the murders of George Floyd and Breonna Taylor, celebrities seemed to lose any self-awareness of how out-of-touch their fame has made them.

Arnold Schwarzenegger enlisted the aid of his pet donkeys to remind us to stay home, Rita Wilson brushed off her rap "skills" in quarantine after contracting COVID, and Jennifer Lopez documented her family's adventures in quarantine to the point where her fans began to revolt in the comments. Celebrities undoubtedly saw these peeks into their lives as examples of how they're just like the rest of us staying at home, scrambling for entertainment and solace from the dumpster fire that is the landscape of our country, but it harshly backfired.

"Are we supposed to feel a kinship with celebrities who fought their cabin fever in palatial mansions?"

With each cutesy at-home concert or comedic sketch depicting how stir-crazy celebs were getting, the schism between the famous and the rest of the world grew. Sure, celebrities were just as obligated to stay at home as the rest of us were, but many of them were lucky enough to do so in palatial mansions that held the same sources of entertainment as a small town. Are we supposed to feel a kinship with celebrities who fought their cabin fever while lounging by their glorious pools, keeping fit in their state-of-the-art home gyms, or being catered to by their renowned chefs?

As circumstances became worse, grocery store aisles ran bare, and folks took to the streets to fight for Black lives, the public began demanding more from their celebrities. No longer was sharing a link or an image on social media to "raise awareness" enough, nor was boosting ineffectual initiatives acceptable reasons for praise and accolades. Fans began to demand that celebs "open their purse" for the causes they claimed to support and use their large platforms to boost the voice of activists and change-makers who were actually educated in those causes. From athletes to actors and singers, Black celebrities led the charge when it came to protesting in the streets, demanding action be taken to address racial inequity and discrimination within the entertainment industry, and launching initiatives that do exactly that.

Related:
15 Black Women Who, Quite Frankly, Did the Damn Thing in 2020

Other celebrities had a bit more of a learning curve. Posting black squares on their Instagram pages wasn't enough to satisfy fans who called for their favorites to acknowledge their privilege and join the fight, or lose them forever. It became the norm to see a Notes app apology as folks called out celebrities for insensitive jokes, bad takes, offensive comments and behavior; the dreaded "cancel culture" conversation reared its head again and again. No longer were fans happy to accept the flaws of their favorites without question, and if a celebrity got caught slipping, all their dirty laundry began coming out. When Variety and BuzzFeed News published reports about the poor treatment of workers on The Ellen DeGeneres Show in April and July, respectively, it fueled the flames for people to let loose on their terrible experiences with the talk show host. It was the perfect example of how quickly a "beloved icon" could fall from grace during a year when people could get #eattherich and #guillotine2020 trending on Twitter.

Right now we all need a little kindness. You know, like Ellen Degeneres always talks about! 😊❤️

She’s also notoriously one of the meanest people alive

Of course, Ellen is also a great example of how cancel culture doesn't exist, since she was able to get back to her talk show with nary a peep of complaint, but I digress.

This became the year in which the differences between celebrities and their fans had never been more obvious, and for some celebrities, dangerous. Not literally dangerous — even if it is funny to see the #eattherich memes on Twitter. The real peril for celebrities came from their inability to understand how they're expected to move within such trying times, and it remains so as a new year approaches. Our attention has never been more laser-focused on everyone and everything that can give us entertainment, information, or even a bit of solace. We are watching celebrities more closely and thoughtfully than ever before, and any step they take can be the one that leads to backlash. The bar for fans' standards may be in hell sometimes, but 2020 has definitely raised our expectations.

Related:
Dear Latinx Celebrities: You Don't Need to Be Anti-Black to Be Pro-Latinx

As the dumpster fire of 2020 fades and we head into 2021, the value of entertainment rises as the importance of celebrity crashes. If you're not blessed with John Legend-esque pipes, we don't want to hear your feel-good renditions, no matter how many of your friends join in. If you don't have Lady Gaga levels of audacity and costume changes, I don't want to see your PSA. If you're not opening your purse, I don't want to hear your spiels. And if you aren't putting actions behind your words or taking the time to think about how tone-deaf your messaging could be, do us all a favor and just be quiet. Your publicist will thank you.

Animated Movies
Little Girl Reacts to Looking Just Like Encanto's Mirabel: "It's Me, Mommy!"
by Kate Schweitzer 4 days ago