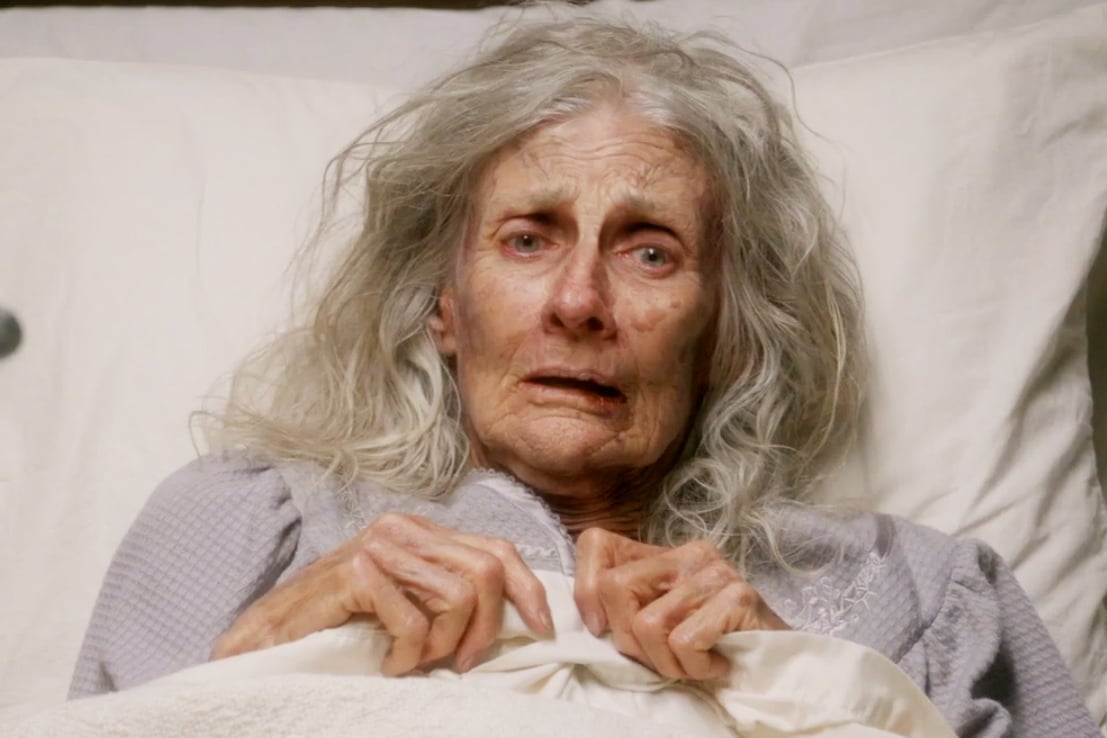 Each season of American Horror Story tells a new horror story that is seemingly unrelated to the others, but Roanoke has a potentially unique tie to the seasons before it. Haven't quite figured it out? There is a new, intriguing theory, courtesy of Reddit user Ah_Salmon_Skin_Roll, that tries to explain it.

First of all, we know for a fact that each season is secretly connected to each other because creator Ryan Murphy told us so. "They're all connected," he told Entertainment Weekly in 2015. "There's definitely a rhyme or a reason and a connectedness to all of these seasons . . . They're all very separate but there are clues every season that we're now telling you how the different worlds are intertwined."

So how exactly will this be done? Here's a theory: each episode is a callback to a specific season. Episode one is Murder House, given that it's all about a new couple moving into a house and then being haunted by multiple ghosts like the first season. Episode two is Asylum, as evidenced by the two dead nurses attending to elderly patients . . . and then killing them. This more medical storyline is definitely reminiscent of the second season. According to the theory, this trend will continue to happen until episode six — since we are in the sixth season.

"Chapter 3" could have been the episode that all tore it apart, but we have to admit: it did kind of call back to AHS: Coven. Leslie Jordan, who first appeared as a witch in the season three, returns as Cricket, a medium with otherworldly gifts. Then there's Lady Gaga's character, who seems to be some kind of woodland witch. She's immortal, and she can trap other people in her spells. Also, Lee's husband gets burned at the stake in some sort of sacrificial ritual. Sounds a lot like Misty Day or Myrtle Snow, right?

Next week would focus on the show's fourth season, Freak Show. The interesting thing is, Ryan Murphy already confirmed a connection between Roanoke and Freak Show. And that could very well happen in "Chapter 4." And for the week after that? Well, "Matt" has already floated the idea of leaving the house and staying in a hotel. It's lining up all too perfectly.

This brings us to "Chapter 6," or the episode that circles us back to the current season. "You'll see starting in episode six, the show has a huge turn and the thing that you think you're watching is not what you're watching," Murphy recently told EW. "Even though the subject matter has gotten out, it's irrelevant because nobody gets what we're doing. No matter what you think it is, it's not that. Then, episode six comes and you're like, 'Wait! What happened?'"

So what could possibly be the game changer for that sixth episode? We're not really sure, but we know that it's supposed to be a completely different story entirely and continue on that until episode 10. Perhaps it will show how all of these past seasons tie together through a new story. But for now we're enjoying the references to our beloved previous seasons.

Sam Worthington
Everything We Know About Ron Lafferty's Ex-Wife, Dianna
by Pallavi Bhadu 8 hours ago