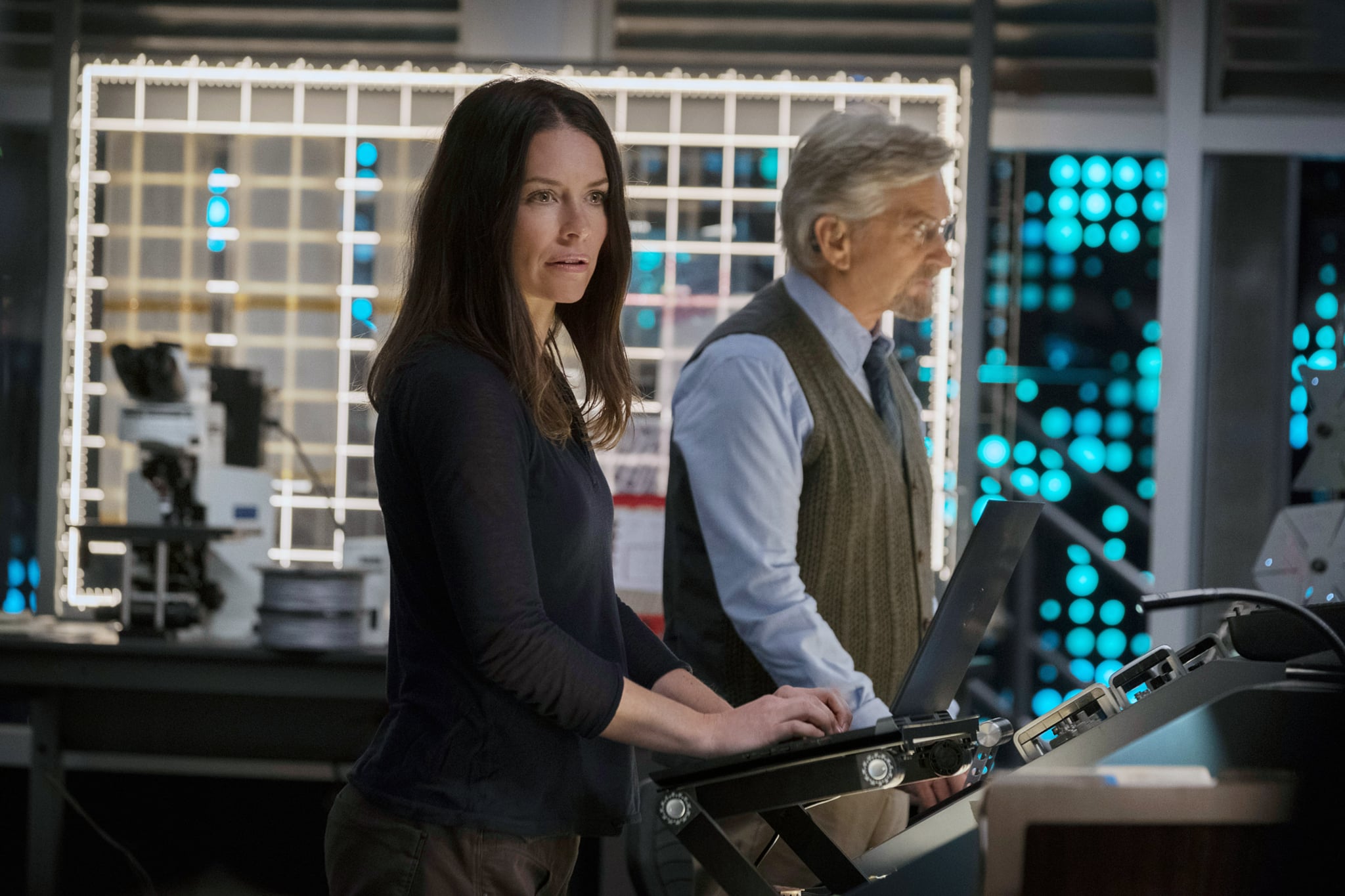 Warning: Big spoilers for Ant-Man and the Wasp ahead!

If you walk into Ant-Man and the Wasp expecting to see a ton of clues and connections to other films in the MCU, you'll leave disappointed. Compared to other Marvel movies as of late, the sequel to 2015's Ant-Man is almost shocking in its simplicity. Instead of shoehorning in cameos or linking Scott Lang (Paul Rudd) and Hope Pym (Evangeline Lily) to a billion other characters, the film narrows the scope to their own story, with a few mentions to the Avengers and allusions to what happened in Germany. That being said, there are definitely a few solid links to Avengers: Infinity War, as well as one big clue about how Ant-Man just might be the key to saving all the disintegrated Avengers in the fourth team-up film, due out next year.

The events in Ant-Man and the Wasp take place two years after the end of Captain America: Civil War, which is roughly the same time that the Avengers start clashing with Thanos in Infinity War. In the latter film, Captain America briefly explains that the reason Ant-Man and Hawkeye aren't on the run with the rest of his Civil War "team" is because they cut deals with the government so they could remain with their families. In Ant-Man and the Wasp, it's revealed Scott has been on house arrest, which is why he isn't able to help the Avengers fight Thanos.

Related:
Ant-Man and the Wasp Has 2 Postcredits Scenes, and 1 Is a Grim Reminder

In fact, the lavender big bad is never even hinted about for the first 99.99 percent of the movie; it's not until the film's midcredits scene that we get a solid confirmation of the timeline. In it, Scott suits up and heads back into the itty-bitty Quantum Realm that he miraculously escapes from at the end of the first movie. You see, in the sequel, the long lost Janet van Dyne (Michelle Pfeiffer) reveals that the Quantum Realm contains "healing particles" that the team can use to cure misunderstood villain Ghost. Janet, Hope, and Hank Pym (Michael Douglas) supervise Scott as he dives into the Quantum Realm to retrieve more, but unfortunately his mission coincides with Thanos's infamous snap.

Hope and her parents turn to ash on the spot, leaving Scott stranded inside the psychedelic plane with no way out (Hank had given the suits an upgrade that got rid of the regulator that Scott would need to expand). He screams and screams for help, but it seems that he's stranded for the foreseeable future.

The choice to leave any connection to Infinity War until the last possible second was a conscious one by director Peyton Reed, who explained their creative rationale to Gizmodo. "I remember conversations really early on about like, 'We're telling our story, are we gonna pass by TV screens in the background with news stories?' And my response to that was 'UGH.' We've seen that before and it felt uninspired," he said. "But we knew if you introduce the events of the end of Infinity War in our movie, it would just take over the whole movie. We also knew audiences were going to come into this movie looking looking for clues. So we made a conscious decision not to give them any so that they kind of stop looking and submit to the story."

Given the MCU's wonky timeline, the postcredit scenes — the second of which shows a life-size ant playing on Scott's drum kit while the rest of San Francisco is empty in the wake of Thanos's devastation — present a number of questions. For instance, in the lead up to the snap, the world is already going to sh*t; why do Scott, Hope, and the gang decide that's the best time to do a fairly chill mission to the Quantum Realm? And will the healing particles or "time vortexes" that Janet mentions have something to do with bringing the dead back to life? Is Captain Marvel going to travel through the QR, link up with Scott, and save everyone?

Luckily for the theory-loving fans among us, there's plenty of time to think through every possibility before Captain Marvel and Avengers 4 arrive in theaters next year.