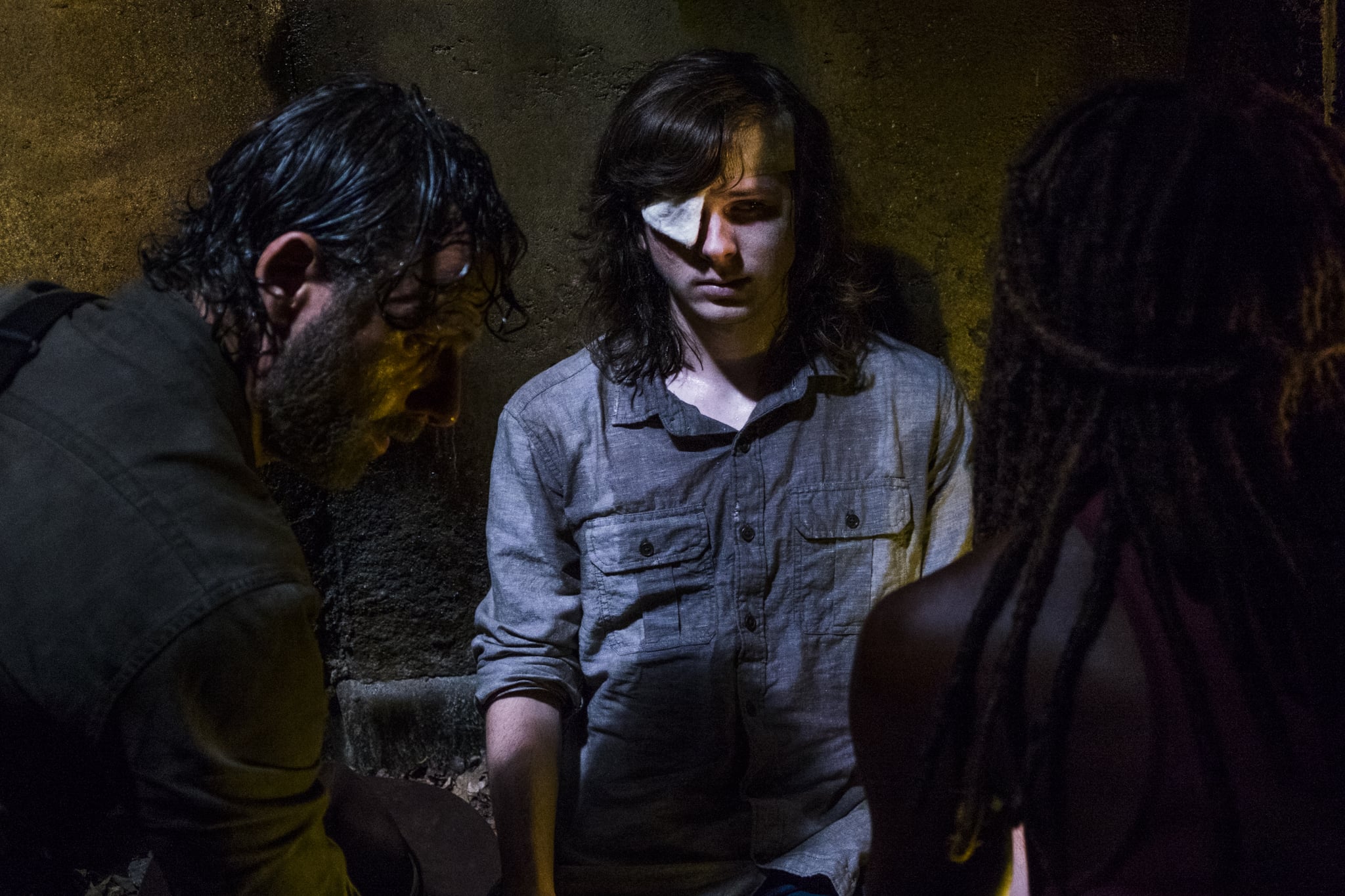 If I'm being honest, The Walking Dead isn't what it used to be, but does that mean I'm ready to give up my Sunday nights of watching Rick and the gang anytime soon? Nope! Unfortunately, according to Chandler Riggs, the postapocalyptic show might not be around much longer. You hear that? That's the sound of hearts breaking everywhere. Mine included.

In a note posted on The Spoiling Dead Fans forum, Riggs, who plays Carl on the show, thanked the popular spoiler site for not revealing his character's death ahead of time. It was his initial request, though, that has many fans questioning whether Riggs accidentally spilled the beans on the fate of TWD.

"Hi, so I've come to realize that you all have probably figured out the big reveal at the end of 808," Riggs wrote, before asking that the site refrain from spoiling the big reveal "out of respect" for himself, his character, and the most glaring reason, "for one of the last few seasons of the show." Wait, what?!

Related:
Why The Walking Dead's Latest Victim Comes as Such a Shock

Is this Riggs's sly way of letting us know we should prepare for the end? Riggs, whose father recently lashed out at AMC for "firing" his son two weeks before his 18th birthday, also took a dig at the show's declining ratings, adding, "seeing how dedicated and consistently excited you all are about the show despite the drastic decrease in TWD's ratings made me the most excited about this episode than I've been in years."

While we don't know for sure if The Walking Dead really does have just a few more seasons left on air, Robert Kirkman, the creator of the comic book series upon which the show is based, previously stated he does have a vision for how the book ends. Don't tell that to AMC Networks CEO Josh Sapan, though, who told The Hollywood Reporter in February that AMC " believes [The Walking Dead] will have a long life."

Speculation over the series ending comes after fans have questioned if Andrew Lincoln, who plays Rick Grimes, would be exiting the show once his contract expires at the end of season eight. Riggs promised we will be "hearing more" from his side soon. Let us hope he finds time to clarify his comments because our hearts can't deal with the thought losing baby Judith next!