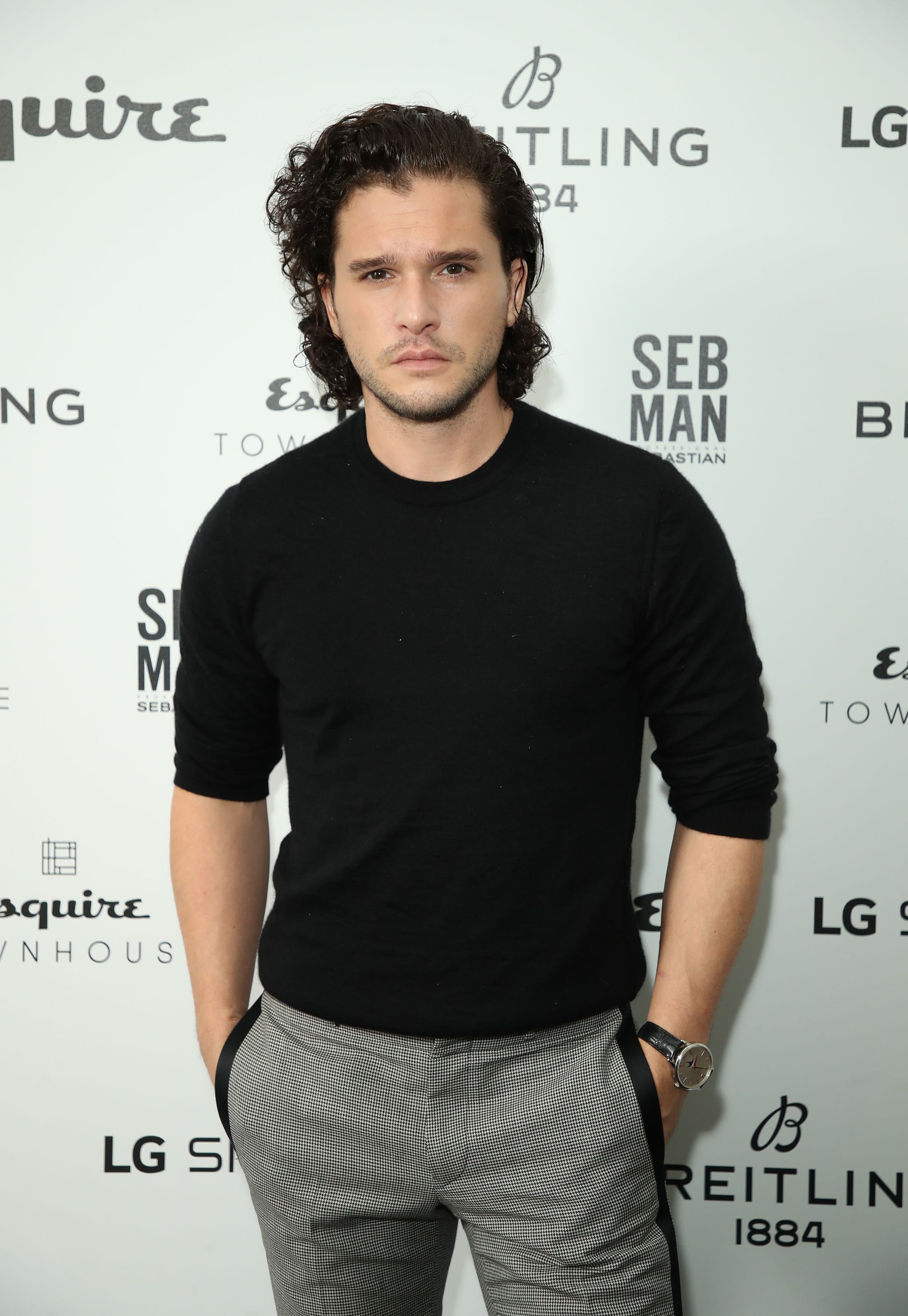 Yes, uh, we'd like to order three Jon Snow water fountains for our backyard, please. Fans were at a loss for words when the teaser for the final season of Game of Thrones was released on Sunday, revealing a tense scene between Jon Snow and his sisters Arya and Sansa Stark alongside their statues in the crypt of Winterfell. While we had the nearly-two-minute clip on loop analyzing each and every second of it, Kit Harington was busy making plans to put his statue to use. The actor recently appeared on BBC Radio's The Zoe Ball Breakfast Show, where he opened up about season eight and his statue.

"I kept that statue, the one in the crypt," Harington told the host. "They sent it to my house and I've got it in my shed. How sad is that? I was the only one who kept their statue, that's how narcissistic I am. I'm gonna turn it into a water feature." You can find me tossing many a penny into that fountain and making a wish!

Related:
27 Game of Thrones Season 8 Theories to Read Until the Show Returns

As for the ending of the beloved series, Harington wouldn't quite say that he's "happy" with how it ends. "It's like when you finish a book, you're not happy it's over. You don't finish a good book and go, 'Oh, I'm happy I finished that,'" he said. "You have this grief that it's over, and that's exactly the same with the nine years of doing this show. No matter how it ended or how it does end, there's always a bit of loss around it . . . maybe not happy, but very satisfied."

Between Sansa's interaction with Daenerys, Robert Baratheon's feather in the teaser, and the looming news about Jon Snow's true parentage, we have incredibly high hopes for season eight, and Harington feels the same way. "I'm so excited for people to see it because I think it's going to be extraordinary," he shared. "Hopefully it will change TV again like it did originally and break boundaries. I think it might." Let the countdown to April 14 begin!

Related:
11 Key Details We Have About Game of Thrones Season 8
Game Of ThronesKit HaringtonTVCelebrity Interviews
Around The Web

Viola Davis
Viola Davis on the Challenges of Being a Black Actress: "There's Not Enough Opportunities"
by Grayson Gilcrease 7 hours ago

TV
5 Films and TV Shows With a Strong Latina Lead
by Maria G. Valdez 8 hours ago