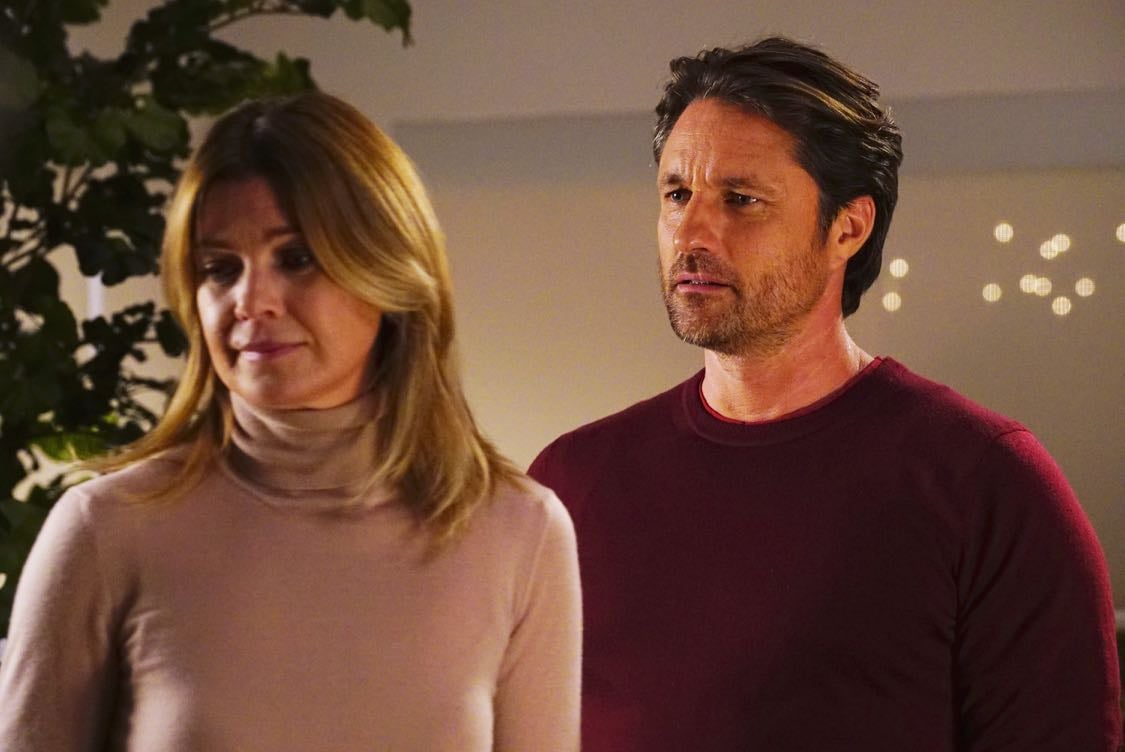 In the latest season of Grey's Anatomy, poor Nathan undergoes Meredith's wrath and finds himself in a sticky love triangle. His past flame Megan Hunt was found in Iraq in a basement after being MIA for a decade. She's then flown to Washington for an emergency surgery. Here's the catch: Nathan had started falling for Meredith just before Megan's return. Sensing his conflicted feelings, Megan rejects his impromptu proposal and sends him back to Meredith. A love triangle always adds some spice to the show, but I'm here to make the case for why it's OK for Mer to stay single and reluctant to mingle.

Season 14 begins with Nathan dying to talk things out. The whole situation naturally makes Meredith grumpy since it's beyond her control. In the third episode of season 14, Meredith chats up a storm with her bedridden psychiatrist, Dr. Walter Carr. (It's a little cruel of her, since the poor guy has a two-foot blood clot.) She half-jokingly blames him for encouraging her to embrace not being alone, which lands her in this love triangle — except, according to her, it's not a love triangle. He wryly congratulates her for her self-awareness.

Related:
Hold Up: Is Grey's Anatomy Setting Meredith Up For Another Tragedy?

Admittedly, Meredith's relationship with Nathan is sweet. They have the natural chemistry of an old married couple. They share the pain of losing true love. My eyes may or may not have welled up when Meredith longingly watches Nathan run to Megan as Calum Scott's melancholic rendition of "Dancing on My Own" strums softly in the background in the close of season 13.

All things considered, Meredith doesn't really need Nathan. Or, more broadly speaking, a man by her side. Hear me out. Was I a sucker for her elevator proposal and Post-It note wedding with Derek? Yes, those treacly moments swept me off my feet. Every die-hard Grey's Anatomy fan probably felt those gooey feelings too. We're always rooting for Mer to be happy. But the show might be making a case for Meredith to find happiness without — gasp — romance.

Meredith's life after her husband's death has been interesting. Grey's Anatomy has explored other aspects of her life, such as her career and her fraught but loving relationships with her sisters. For example, she finds out early in season 13 that she's been low-balled and demands a raise. This is a moment that likely resonates with a lot of women, and it has nothing to do with romance.

Meredith has a full plate. She mothers three young children. She's the chief of general surgery. Her sister-in-law has a massive brain tumor. Her long-term mentor, Dr. Bailey, might be getting fired. On top of all of that, she somehow manages to be everyone's emotional raft when things go terribly wrong.

When he prepares to take some time off, Meredith tells Nathan to prove to Megan that she's his "first and only choice." Nathan doesn't need to crawl back to Megan, but he should cut Meredith some slack. It's reasonable for her to want emotional boundaries right now. This love drama will likely just create additional stress in her already stressful life. Meredith already has an incredible support system with her sisters and friends. A functional relationship with this handsome, smug trauma surgeon would just be garnish on the side. She has survived horrible tragedies like bomb explosions and plane crashes. A mild heartache has nothing on her.