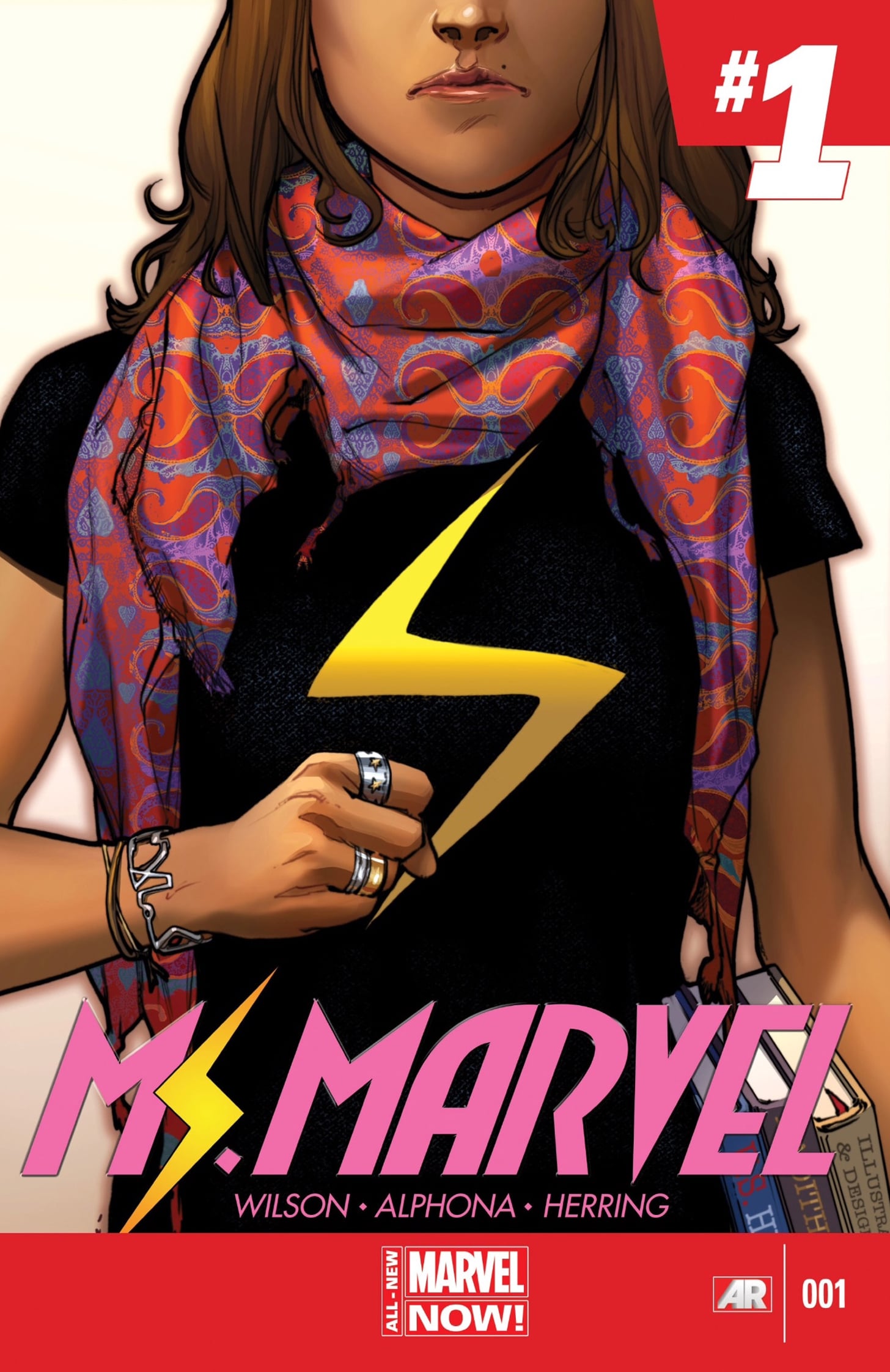 By now, you've surely heard of Captain Marvel. She's the Marvel superhero Nick Fury calls in the postcredits scene for Avengers: Infinity War, and she supposedly could save the entire universe with her extraordinary powers. But when it comes to Marvel's movie slate, it seems she isn't the only heroine with the "Marvel" moniker who's set to light up the big screen. It's time to make way for an entirely different superhero: Ms. Marvel.

You must be like, "Ms. Marvel? Isn't that just a fancy name for Captain Marvel?" And though Carol Danvers does call herself Ms. Marvel at certain points in the comic books, we're talking about an entirely different character whose alter ego is Kamala Khan. In a recent interview with BBC, Marvel Studios President Kevin Feige assured fans that Ms. Marvel "is definitely sort of in the works." And in case there's any lingering confusion, he did clarify that he's referring to "another character in the comic books, the Muslim hero who is inspired by Captain Marvel." This is huge news!

For anyone who hasn't read the comics, Kamala is a Muslim-American teenager who lives in New Jersey. She's a huge fan of superheroes and eventually develops shape-shifting abilities herself. Seeing as Carol Danvers has assumed the "Captain Marvel" identity, Kamala decides to take ownership of "Ms. Marvel." The character was officially debuted in her own series in February 2014 and could make a pretty special addition to the Marvel movie universe. To make matters even more exciting, some pretty exceptional Hollywood talent is already vying to be a part of the project.

So when do @MarvelStudios want me @mindykaling @kumailn to get started on the MsMarvel screenplay ?

After the news broke, none other that Riz Ahmed jumped at the chance to get in on the film. Even better, he added Mindy Kaling and Kumail Nanjiani to the mix. "So when do @MarvelStudios want me @mindykaling @kumailn to get started on the MsMarvel screenplay?" he tweeted. Mindy responded with enthusiasm within the hour. Jameela Jamil, a fellow writer and actress on The Good Place, also volunteered to pitch in. Before long, a perfect storm of talent was brewing.

Vice President of Marvel Content Sana Amanat responded with a monocle emoji and even suggested Mindy Kaling work on a "jam comic book" with G. Willow Wilson, who literally is one of the writers on the Ms. Marvel comic books. (Wilson confirmed that she may have fainted.) Amanat even invited Kaling to the Marvel offices in NYC, so she's basically an Avenger now.

I know that's a lot to process, so let's boil it down: the Ms. Marvel movie seems like an inevitability at this point, and Riz Ahmed, Mindy Kaling, and Jameela Jamil may very well all be involved. Kumail Nanjiani was named-dropped, even if he hasn't specifically weighed in. At least one Marvel person and one Ms. Marvel comic book writer are also in the conversation and more or less on board. While there are a lot of dotted lines to sign between now and the theoretical release of Ms. Marvel, we'll just go on record and say we're 100 percent here for all of this.

Movies
The After Franchise Is Expanding! Get Ready For 2 More Movies
by Monica Sisavat 13 hours ago

Downton Abbey
Downton Abbey 2 Is Officially in the Works, and It's Releasing Sooner Than You Think
by Kelsie Gibson 17 hours ago