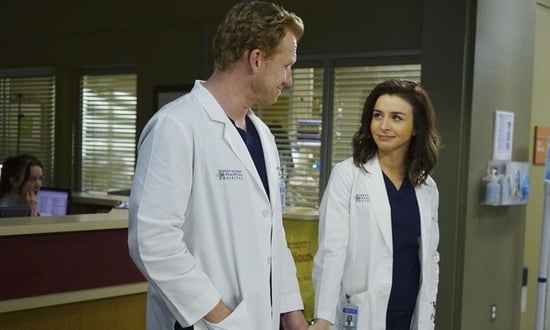 Owen and Amelia have shared countless ups and downs over the years on Grey's Anatomy. Their relationship finally disintegrates in season 14 of the show when Owen's sister Megan visits Grey Sloan and Amelia finds out that she has a brain tumor. It's an amicable breakup compared to other devastating broken relationships on Grey's, and in the final episodes of the season, the former couple even strikes up an unconventional friendship. I've had serious skepticism about this pair working out since their inception, but now I find myself rooting for them.

Like many Grey's fans, I had been hoping Owen gets to ride off into the sunset with Teddy. It feels like no matter who Owen ends up falling for, the thought of getting together with his best friend sits in the back of his mind like a slow burn. He's the Harry to her Sally!

Related:
We Need to Talk About Owen's Relationships on Grey's Anatomy 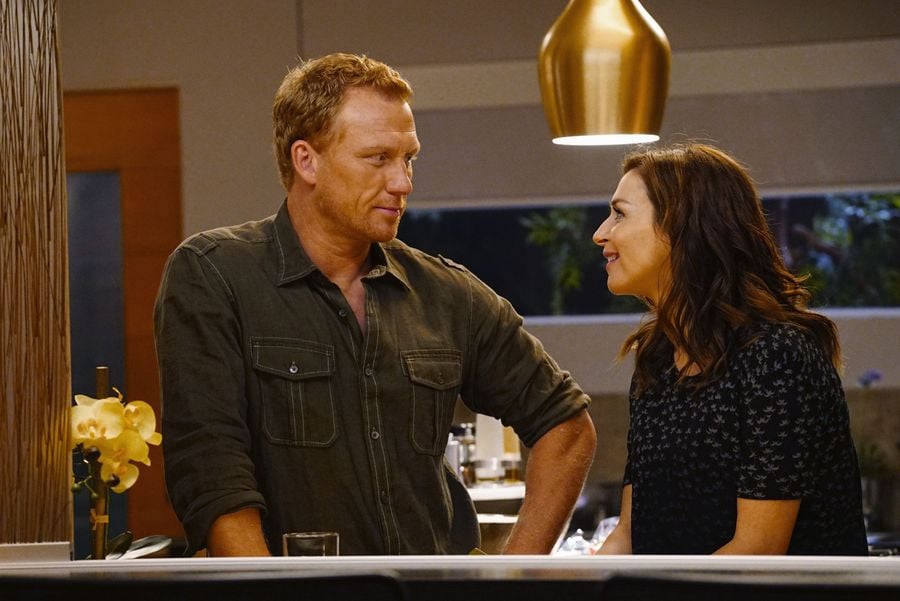 But things don't work out between Owen and Teddy, at least within the scope of season 14. Upon Amelia's encouragement, the trauma surgeon books a flight to Germany and finally hooks up with Teddy after seasons upon seasons of romantic tension. They share a sweet and tender moment, but then the cardiothoracic surgeon figures out that Owen had hooked up with Amelia just the day before and everything falls to shambles. Yup, steeped in loneliness and sexual deprivation, Amelia and Owen start to "use each other" — their words, not mine.

Teddy rightfully feels rebuffed and this encounter seems to mark the end of one of the greatest romances on Grey's Anatomy. Things have also fizzled out between Amelia and her fellow neurosurgeon Dr. Koracick, which makes the idea of Owen and Amelia reuniting more of a real possibility.

Rejected after his trip to Germany, Owen returns to Seattle, and decides to take charge of his own life. He takes in a foster child, a cute-as-a-button baby boy named Leo. Amelia, who's used to taking care of her nieces and nephews, lends Owen a huge hand in setting up things for Leo. Her help doesn't feel at all forced — there's a natural intimacy and understanding between them, an intuition between old lovers.

They both meet Leo's teenage mother, Betty. Amelia figures out that Betty is an addict, and being a former addict herself, connects with the young mom. She offers to take her in, and much to her surprise, receives Owen's blessing — and even an offer for both of them to move in. Aside from Meredith's encounter with Dr. Marsh, this is the first time I've felt hopeful about a relationship on Grey's Anatomy this season.

Owen and Amelia's relationship had originally crumbled because she didn't want to have children. Right now, though, it looks like the couple is finally on the same page, and it's hard to deny the fuzzy feelings developing between them. Yes, Betty is fragile, and she might decide to take off with Leo or go back to her parents, but it looks like after seasons of dysfunction, Amelia and Owen might have a real shot at starting a family together. These children might just be the right amount of glue to bind them, even if just temporarily.

Hopefully, the show's writers aren't playing with us like they did with April and Jackson (April too had moved in with Jackson, who's now with Maggie). As one of the many Owen and Teddy shippers out there, I'm now rooting for things to work out between Owen and Amelia.