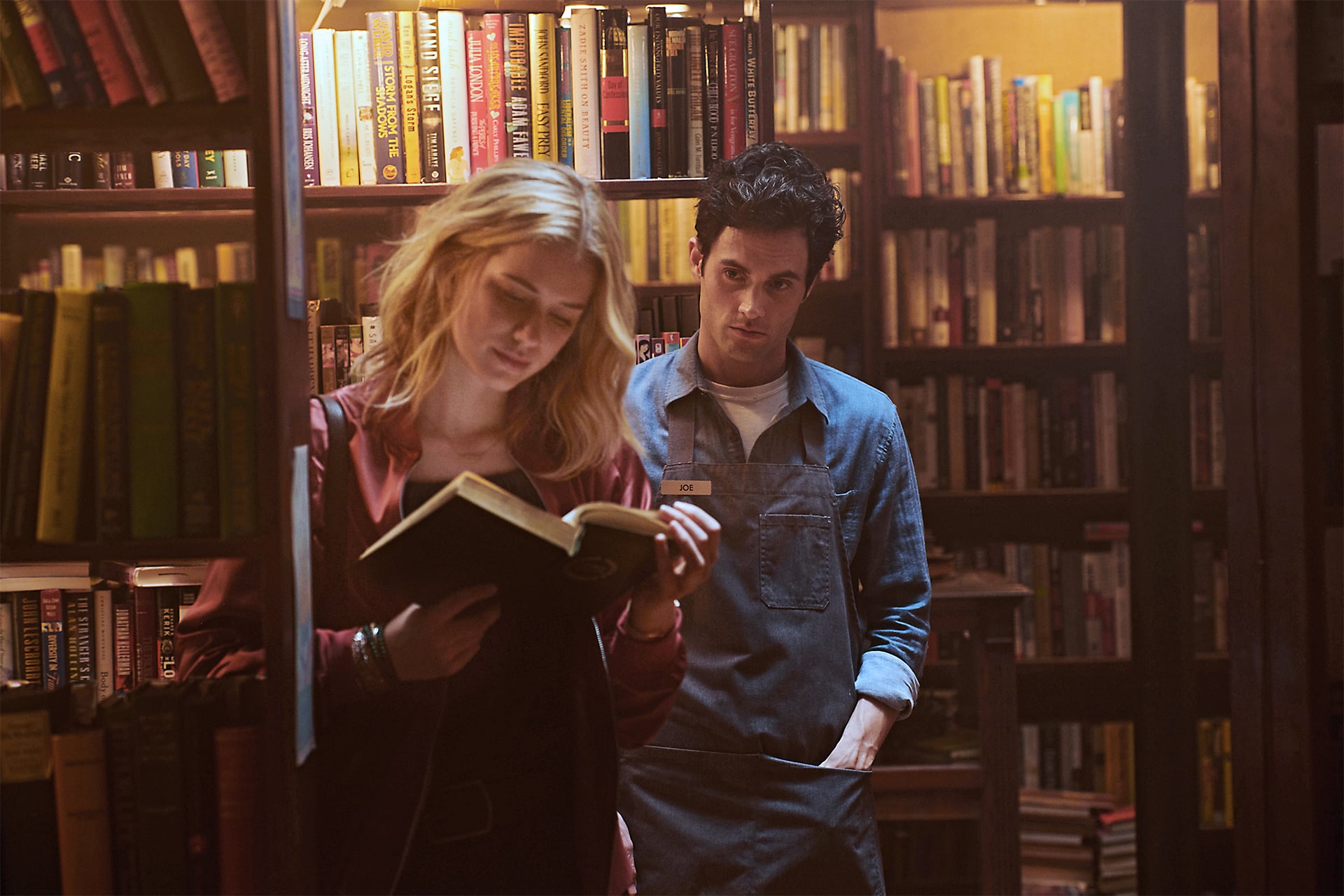 Ever since You got picked up by Netflix, the conversation surrounding the TV show has gone positively viral. Not only are Netflix subscribers devouring the short 10-episode first season, but they're bringing all of their thoughts to social media. (It's a bit funny given the context, right?) As such, we have a veritable flash flood of tweets about how creepy the show is, why it's hard to pity Beck, and even why Peach is an entire mood for 2019. But there's one part of this whole discourse that has caused some light ripples of concern: many people are thirsting after Joe.

Look, I get it, it's all just fun. Twitter has become a space to hyperbolize yourself and say edgy things (within reason), so saying Joe Goldberg is "bae" because of all the murdery things he does for Beck? I'd say it's par for the course. But for Penn Badgley, the man playing the monster, it's all kinds of problematic. I guess it tracks: even before the show blew up, he confessed how much he hated Joe and said he had a hard time getting into character. Badgley started responding to tweets that romanticized and humanized Joe (regardless of how serious said tweet-writer was). Eventually, his cries of concern blossomed into a full-tilt New York Times interview. Not only did You go viral on Netflix, but so too did Badgley as he attempted to shed light on Joe's monstrous core.

Related:
Let's Investigate What REALLY Happened to Candace on You

It turns out, Badgley is so dedicated to defaming Joe and undoing the toxic heart-eyes behavior surrounding his actions, he's been sliding into fans' DMs in hopes that he could state his case. "What I ended up doing after a few of those tweets went viral was follow some of the users I quote-tweeted, and DMed them just to check in," Badgley told the NYT. "So I actually had a lengthy conversation over DMs with one woman, and she correctly pointed out that I had sort of misinterpreted what she said. She was talking about why she was so charmed by me, the actor, rather than by the character."

But even Badgley's intentions had a downside: his decision to reply to this woman in particular made her a prime target for trolling. "What I just didn't anticipate was that so many people would look at her as a 'problematic fan.' People definitely were trolling her," he said. "And in fact, there was a person who did say in typical troll fashion, 'maybe we should send real murderers to your house to make sure you know the difference.' That's chilling, and that is exactly what Joe is, so it dovetails too perfectly, because we can't get away from Joe. I think what he's meant to be is an embodiment and a portrait of the parts of us that can't escape rooting for Joe."

Related:
Joe Stalks Again! Netflix's You Has Been Renewed For Season 3

At the end of the day, though, Badgley didn't cop to any sort of regret for his own viral status. "I wouldn't say I regret it, [but] all of this nuance is lost on social media, which I have to learn again and again." That circles back to my point: Twitter is often a landing space for funny quips, and not always a platform for in-depth discussions. It'll be interesting to see how the conversation will evolve in season two, if it evolves at all!