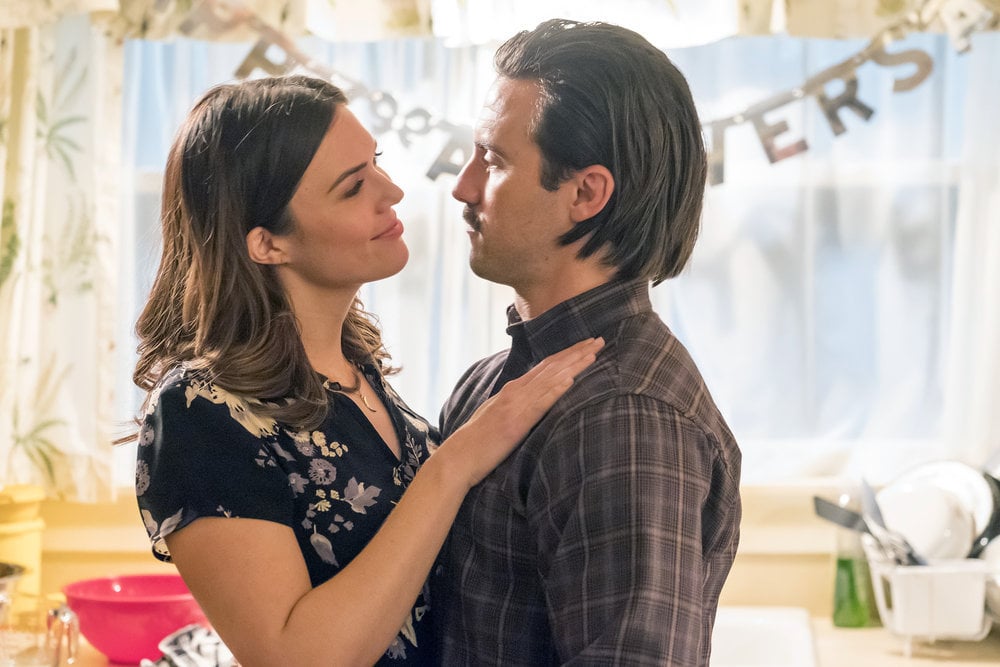 This Is Us has returned from its three-week hiatus, and all the following episodes have been incredibly emotional. After revealing the tragic way Jack dies during the "Super Bowl Sunday" episode, the series hit a lighter note as it focused on Kate and Toby's upcoming nuptials. Of course, there will be a few tearjerkers here and there.

While Milo Ventimiglia (Jack) and Mandy Moore (Rebecca) gave a few hints at what's to come when they were spotted filming a wedding scene on set, the show's creator, Dan Fogelman, recently dished about the season two finale to Entertainment Weekly. Find out even more details below.

1. It Could End With Kate and Toby Getting Married

After hitting fans with some heavy drama, Fogelman explained that the series will "have some lightness and some fun" as the big day draws near. "We're building towards a wedding, presumably." Unless the show hits us with another twist, we can only assume he's talking about Kate and Toby's nuptials. The use of "presumably" does worry us, though.

2. We'll Learn Even More About Jack

Just because Jack is dead in present day doesn't mean he'll be getting less screen time. "In many ways, Jack might be the character we still have the most to learn about, because he's kept so many secrets in this period before we've really known him," Fogelman told EW. Plus, if those set pictures of Ventimiglia and Moore are any indication, Jack will be popping up in present day via a dream sequence. Executive producer Isaac Aptaker teased that the show will definitely visit other characters in the future in coming episodes. "It's not a one-time thing," he said referencing Randall's flash forward in the "Super Bowl Sunday" episode. "We didn't just do that to be splashy during the Super Bowl episode. Since the beginning that's been something we've known we were going to get to in the show. We had a lot of story we wanted to tell before we got there, but now that we've visited that time, nothing's off the table and we will certainly be returning there in the future."

4. It Will Move You to Tears

OK, so this is a given. Since the series is known for making fans sob uncontrollably, it only makes sense that they would go big for the season two finale. Fogelman teased that the show is "culminating at a big, moving family event."

5. There Could Be a Big Character Death

Following the flash forward in the "Super Bowl Sunday" episode, fans have been worried that the series will introduce yet another big death. While Fogelman hinted that the "moving family event" would "presumably" be Kate and Toby's wedding, it could perhaps signal another funeral.

The series is scheduled to wrap up this season on March 13 during its usual time on Tuesday at 9 p.m. ET.

Hulu
The "Grown-ish" Cast on Family, Finances, and More
by Jon Randhawa 18 hours ago