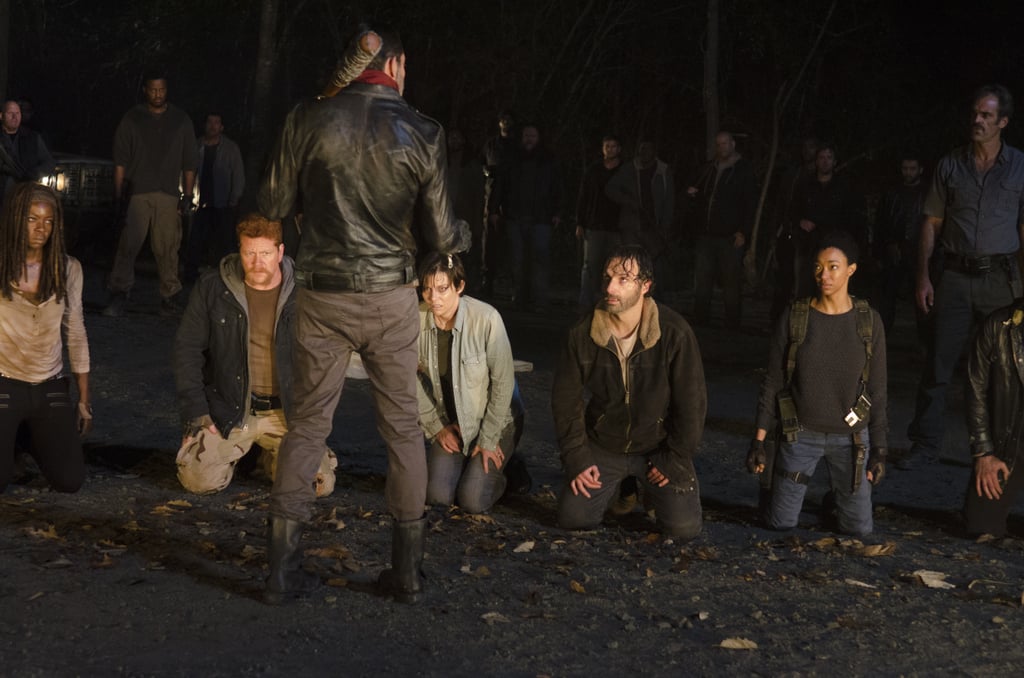 Spoiler alert: this is your last chance to turn back!

On Thursday, things got very interesting on the set of The Walking Dead in Atlanta, GA. By now, it's no secret that Negan's mystery victim is the show's biggest secret. Needless to say, we've still got a couple months until The Walking Dead's seventh season premieres. But based on our recent interview with Ross Marquand, who plays Aaron, and Norman Reedus's new quotes from earlier this month, the tragic, highly anticipated death scene has already been filmed. That is to say, they both speak about their on-set experiences in the past tense. That's why these new set pictures are so interesting: they feature three main characters who are in Negan's lineup. Now, we can't say for sure that these people survive that close encounter with Negan's bat, Lucille, seeing as we have no context for the pictures and no idea what's being filmed. But, well, if they're on the set this long after filming that scene, there's a good chance they made it. If you don't mind the spoiler, read on to see who probably lives.

Related:
0
previous images
-28
more images
Previous Next Start Slideshow
The Walking DeadStars On The SetFall TVTV
Around The Web

SAG Awards
Here Are All the Winners of the 2020 SAG Awards!
by Mekishana Pierre 21 hours ago

Netflix
Twitter Reviews Are In: Sex Education Season 2 Is Powerful, Hilarious, and Just What We Need
by Brea Cubit 21 hours ago

Netflix
Finn Wolfhard Is as Excited as We Are About Stranger Things Season 4: "It Feels Like Home"
by Brea Cubit 16 hours ago