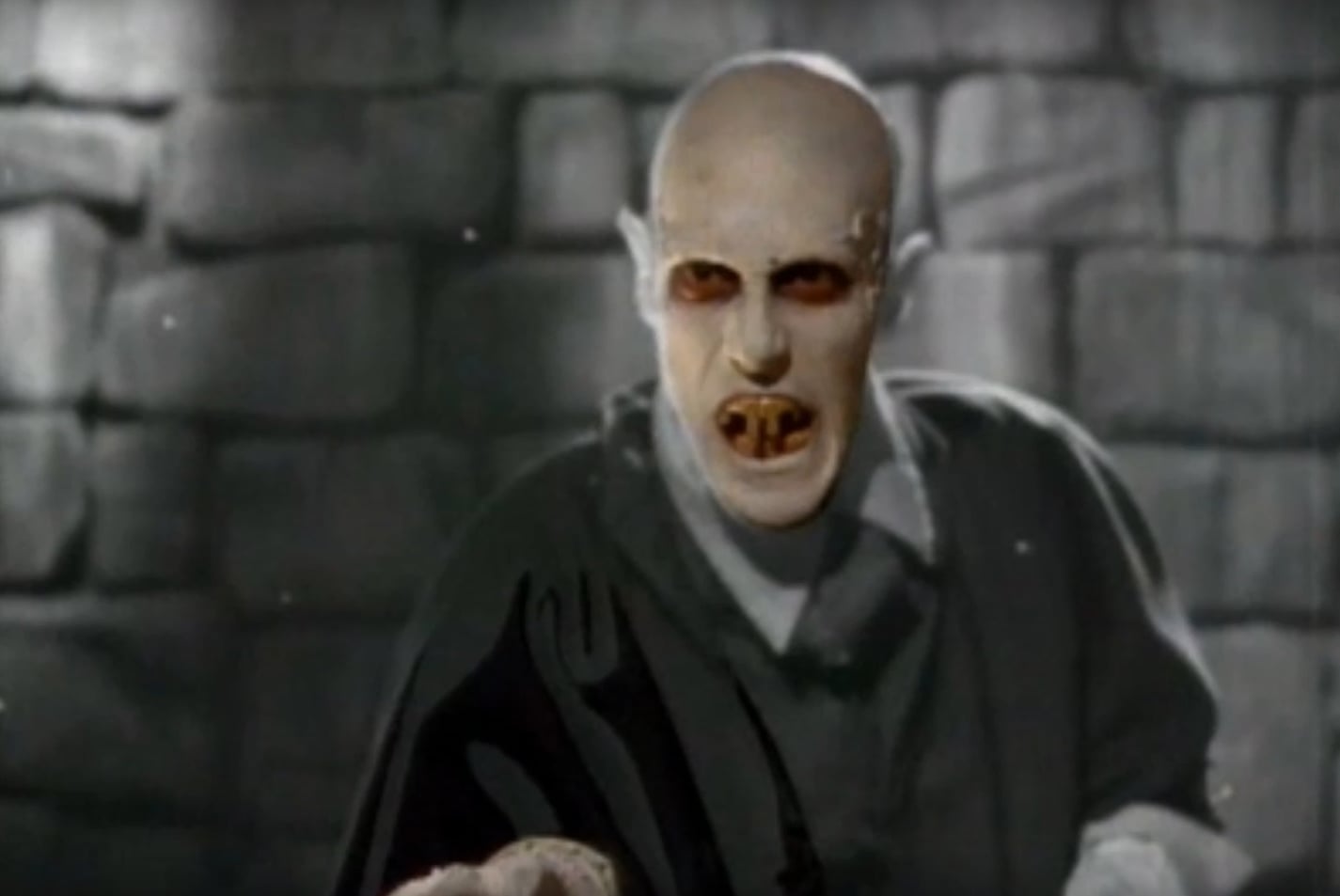 Nickelodeon filled my childhood with more joy than an Easy Bake Oven (although, let's be real, those also brought a lot of gooey joy). From shows like Salute Your Shorts, Clarissa Explains It All, and Legends of the Hidden Temple to things like green slime and orange VHS tapes, Nickelodeon was truly iconic. But along with all of that joy also came a sh*t ton of terror thanks to Are You Afraid of the Dark?

The horror-fantasy-themed anthology series ran from 1990 to 1996, and every episode delivered a new, terrifying story. While many episodes of Are You Afraid of the Dark? made me hide under my covers, there was one in particular that truly unnerved me: "The Tale of the Midnight Madness."

Related:
16 Stars You Probably Didn't Realize Were on Are You Afraid of the Dark?

The beyond-spooky episode tells the story of an old-fashioned movie theater that's in danger of closing. Two of the theater's employees, Katie and Peter, are willing to do anything to keep it open, so they make a deal with the extremely creepy Dr. Vink by agreeing to only play his movies in exchange for him bringing in the crowds. Of course, Katie and Peter don't hold up their end of the deal. To get revenge, Dr. Vink brings his most horrifying movie villain, a vampire named Nosferatu, THROUGH the movie screen to terrorize them. His dead eyes, sharp teeth, and long fingers made me never want to be home alone again (this lasted roughly until I left for college).

Things then take a promising turn when Peter realizes that since Nosferatu came through the screen, he can also go into it and enter the movie. Once inside the film, Peter destroys Nosferatu's coffin, which is his lifeline, and he and Katie escape with all of their blood. But, since this show was determined to give me nightmares, Dr. Vink is given the deed to the theater, which means the terror has really only just begun.

The end. Bye forever. Happiness, it was nice to know you.

Image Source: Nickelodeon
HalloweenNostalgiaTVAre You Afraid Of The DarkHalloween Entertainment