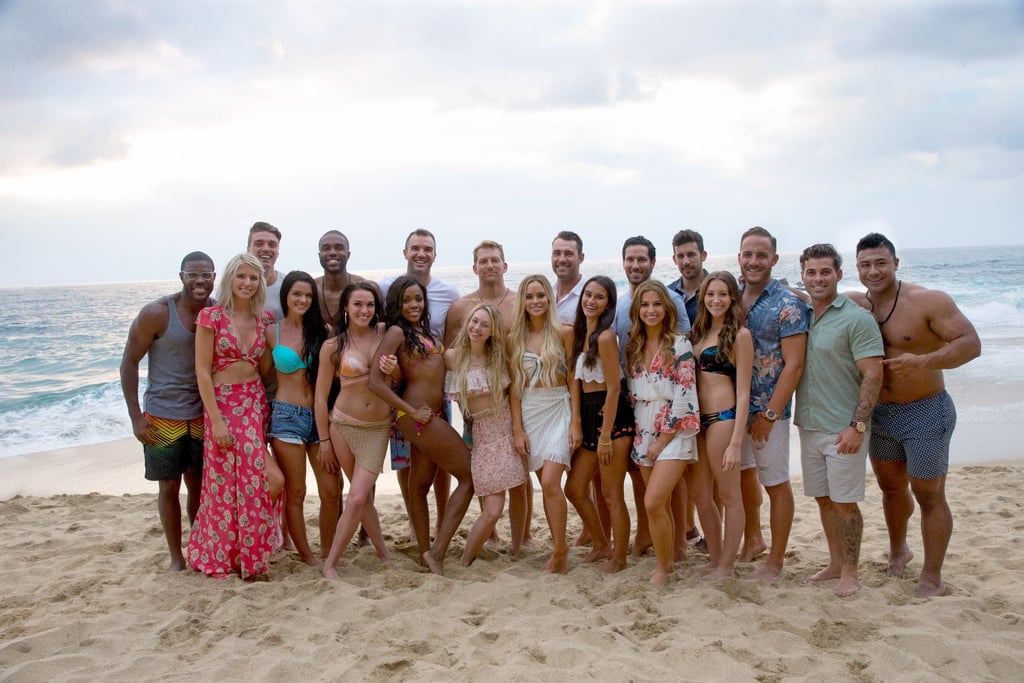 Although season four of Bachelor in Paradise has been plagued by plenty of drama, tears, controversies, and one heated love triangle (sorry, Deanie Babies), the finale yielded a big happy ending for the season's most-smitten couple: Derek and Taylor.

The pair admitted that they were close to falling in love and chose to seal the deal by taking their relationship all the way in the fantasy suite. Taylor revealed that she was excited "to experience each other, but in a different way," while Derek said he thought they could be in love by morning as long as everything went well for them that night. So, did it?

While reflecting on their time in Paradise with Chris Harrison during the aftershow, Derek surprised his new girlfriend by getting down on one knee in front of all of Bachelor Nation. "You have such a big heart and you are absolutely stunningly beautiful," he told her. "Taylor, I love you. I choose to love you in this minute, this hour, this day, and every day from here on out. Will you marry me?"

Taylor, tearing up and clearly emotional, immediately said yes. So sweet! Take a look through the play-by-play of the moment ahead, which includes a close-up of the massive Neil Lane diamond Derek presented her with. Fingers crossed they last longer than Nick Viall and Vanessa Grimaldi!

Related:
The Bachelor Couples: Where Are They Now?
Previous Next Start Slideshow
Bachelor In ParadiseTVReality TV
Around The Web