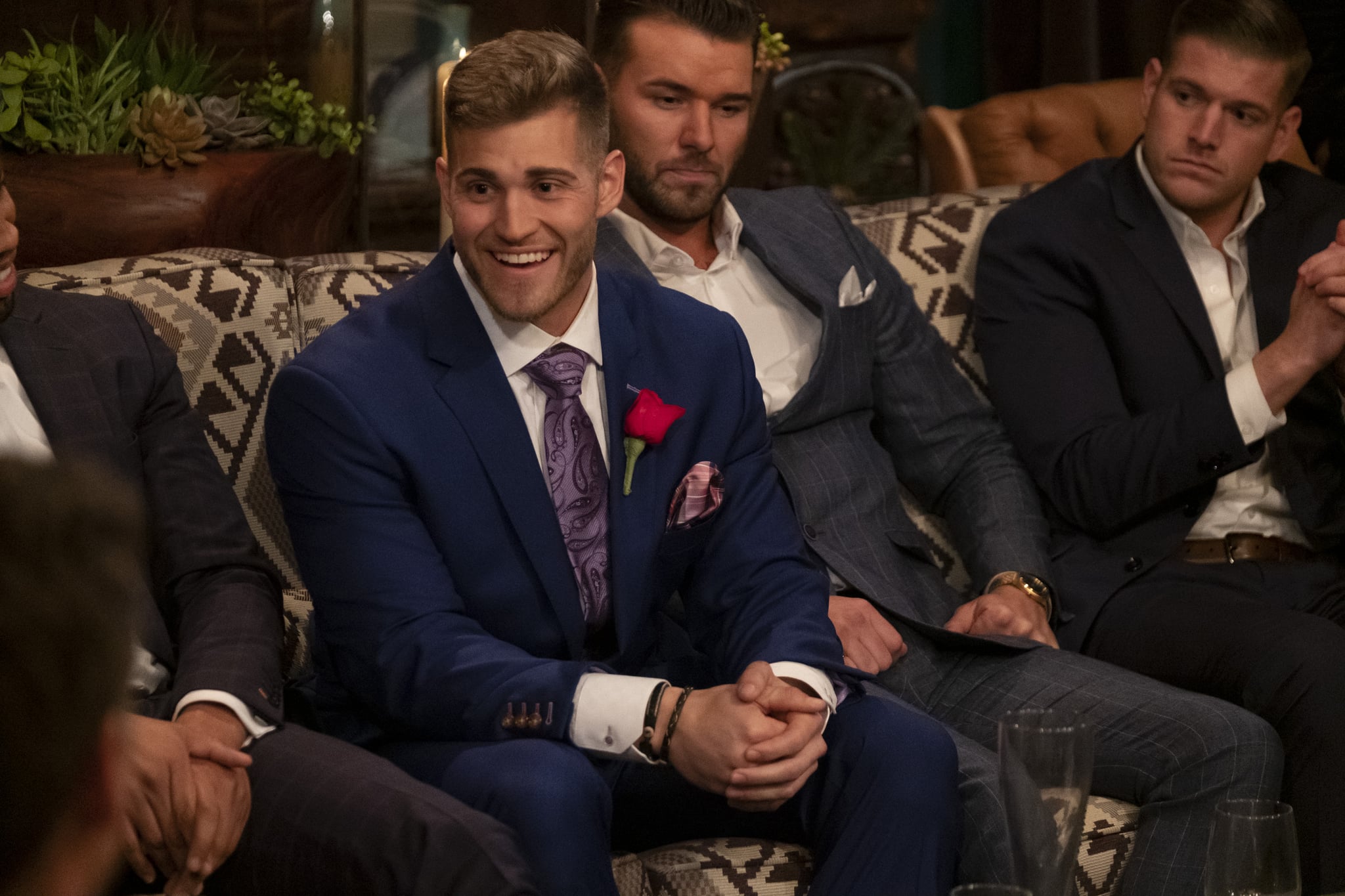 If there's one person at the forefront of season 15 of The Bachelorette, besides Hannah Brown, of course, it's Luke Parker. He became the apparent villain from the start and, at first, he made good TV (because we know that's a huge component of reality shows). However, now that we've seen Luke P.'s behavior week after week, we see that he's crossed the line of entertainment into being extremely worrisome. For the viewer at home, the red flags may seem like no-brainers. For Hannah? She said it herself that she's not sure if she's falling in love with him or he's driving her crazy. But let's stop there. We're not here to bash him. We're here to point out that such troubling behaviors should be taken as serious red flags, which makes us question again and again why he's still on the show.

Charm can get you far, and it's a trait that seems to be at the top of Luke P.'s personality. Hannah wants to find a husband, which isn't anything new. Everyone who goes on the show is expected to be looking for love and marriage. However, it's the way Luke P. brings it up in nearly every conversation, as if he has to convince her to see what he does. Don't forget that he was the first one (on the first group date of the entire season, no less) to say that he was falling in love with her. We don't think Hannah is gullible or stupid, but we think a good-looking man who is telling you the things you've been dreaming of can screw with your mind.

You saw it play out right on your TV screen. Luke P. and Luke S. got into it on a rugby group date when Luke P. apparently "body-slammed" him off camera. Later that evening, Luke P. used his time with Hannah to discuss his concerns about Luke S.'s motives for coming on the show and how it was driven by getting his tequila business out there. When Luke S. found out, he wasn't happy and claimed that it wasn't true. So he asked Luke P. to tell Hannah the truth. Instead, Luke P. told Hannah that "he came up to me, asking me to put in a good word for him to you." Frustrating, right? This is just one example of how Luke P. "needs to stay in his lane," as Hannah has been constantly saying to the men.

Like it or not, Luke P. isn't going anywhere just yet. There's a big upcoming scene where he yells and points his finger in Garrett Powell's face. However, if you watched even one episode, you've seen Luke P. get into it with multiple contestants. From Luke S. to Jed Wyatt to Tyler Cameron, there doesn't appear to be one guy on his side. No one gets along with everyone, but when there isn't one person who understands where you're coming from or hasn't pointed out your volatile behavior, it's time to look in the mirror.

This might be the most troublesome part of Luke P.'s behavior. It wasn't front and center at first, but now that we're into the season, we see that he has an ideal image of a wife. To play devil's advocate, no guy wants to hear that the woman he's dating went naked bungee jumping with another man. However, telling her what she should or should not be doing is not OK.

"Her body is her temple, and to expose it to anyone who isn't her husband, that was a slap in my face," Luke P. told the camera.

When Luke P. got the chance to discuss his concerns with Hannah, his comments definitely rubbed her the wrong way, as she brought it up to him later in the episode.

"I'm looking for you to meet my family soon, and I felt like it was a slap in the face," he told her. "But no matter what you do, I'm going to support you. Even if you make a bonehead mistake, and you just do something completely out of your character and something that's wrong, I'm going to do whatever it is to make things right."

When Hannah later called him out on the "bonehead mistake" comment, Luke P. said that wasn't about the bungee-jumping situation but about things in general. Luckily, Hannah didn't back down and put him in his place for twisting the story. He shifted the focus onto how she made a mistake and how it was out of her character and how it was wrong. Sure, he can have his opinion, but the sense of control over her is what doesn't sit well with us.

A teaser for an upcoming episode shows Hannah and Luke P. discussing how she has had sex before, although she was never married, and him giving her a hard time over it. So we know her body — which he has absolutely zero say in — becomes a topic of his concern.

Red flags are red flags, even if it is reality TV, and Luke P. is waving many of them.