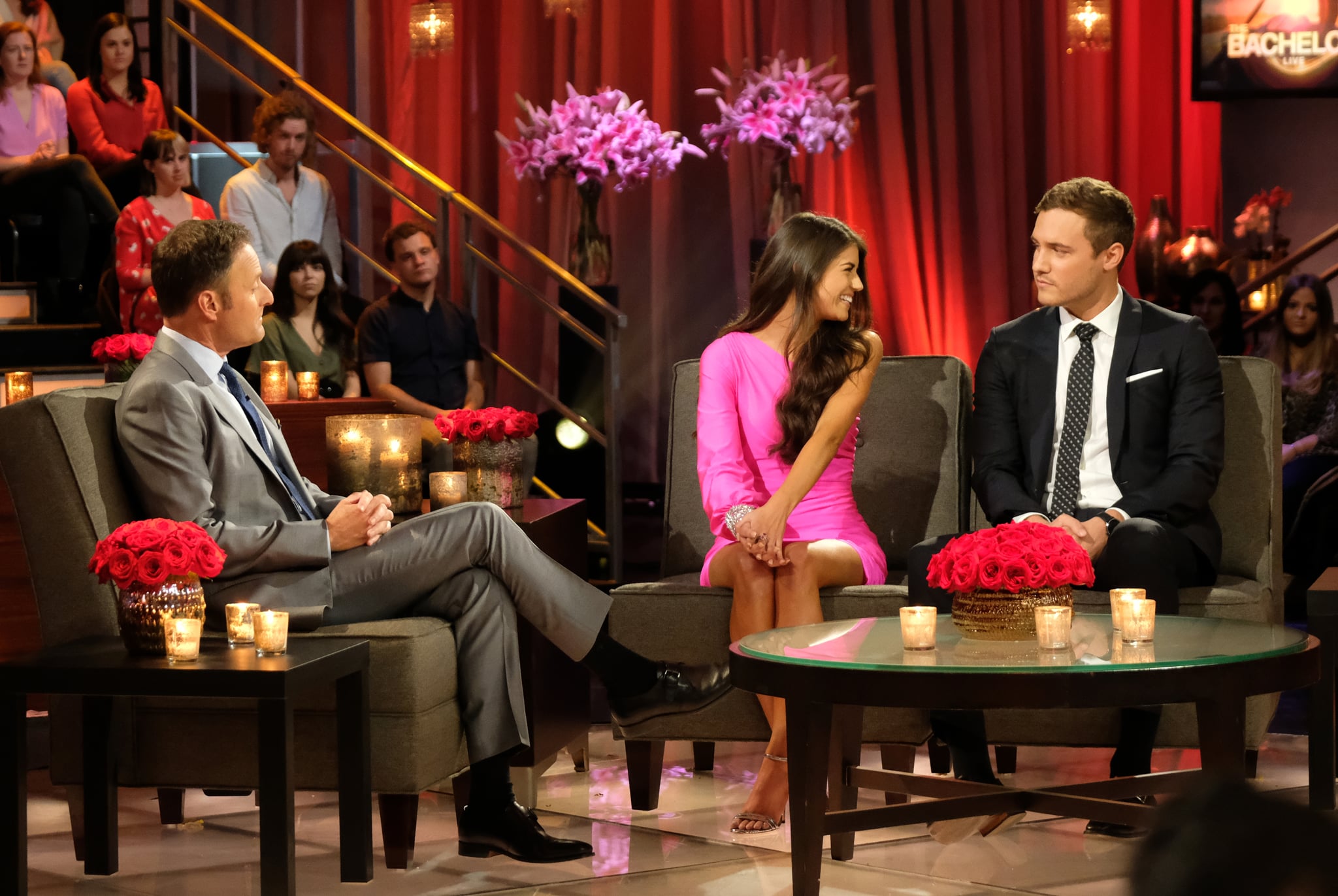 With Peter Weber's season of The Bachelor ending with another broken engagement, we're wondering at this point when the last successful Bachelor franchise proposal was. Thinking backward, Hannah Brown broke up with Jed Wyatt shortly after he proposed, and Colton Underwood's finale was derailed when Cassie Randolph left the show (they later reconciled). In fact, the last few seasons of The Bachelor and The Bachelorette have ended so unconventionally that to find a season that actually ended with the final couple getting engaged and staying together, we have to look back quite a few years.

There has only been one Bachelor who has actually married the woman he proposed to at the final rose ceremony. We have to go all the way back to 2013's season 17, which starred Sean Lowe as the Bachelor. At the end of his season, he proposed to Catherine Giudici, and they got married on live TV in January 2014. Since then, they've welcomed three children: Samuel Thomas (born in 2016), Isaiah Hendrix (born in 2017), and Mia Mejia (born in 2019). To this day, they're the only "real" success story to come out of The Bachelor.

They're not the only couple who have gotten married who have been together by the end of the finale, though. Jason Mesnick and Arie Luyendyk Jr. both broke up with their final-rose recipients and got together with their runners-up by the time "After the Final Rose" aired for their respective seasons. Both of those couples ended up married and are still together, with kids. But, technically, their proposals don't fully count as successful Bachelor proposals, since they weren't made at the final rose ceremony.

The Bachelorette has been a little bit more successful in terms of keeping its couples together. Up until Hannah's season, Bachelorettes were actually on a winning streak: the three leads before Hannah all married or remained engaged to their final choices. The most recent of those was Becca Kufrin (who, ironically, was the woman Arie rejected to go after his runner-up), who is currently still engaged to her choice, Garrett Yrigoyen. Before her, Rachel Lindsay accepted Bryan Abasolo's proposal, and they married in 2019, and JoJo Fletcher got engaged to Jordan Rodgers; they're still engaged as well.

The Bachelorette actually has a surprising number of success stories. Out of the 15 seasons so far, six of them are still together. That includes the very first Bachelorette, Trista Rehn (now Trista Sutter), who has been married to her winner, Ryan Sutter, since 2003; they have two children, Maxwell Alston (born 2007) and Blakesley Grace (born 2009). Does this mean The Bachelorette is luckier than The Bachelor? Who knows — but we're definitely curious to see how Bachelorette Clare Crawley's season turns out!