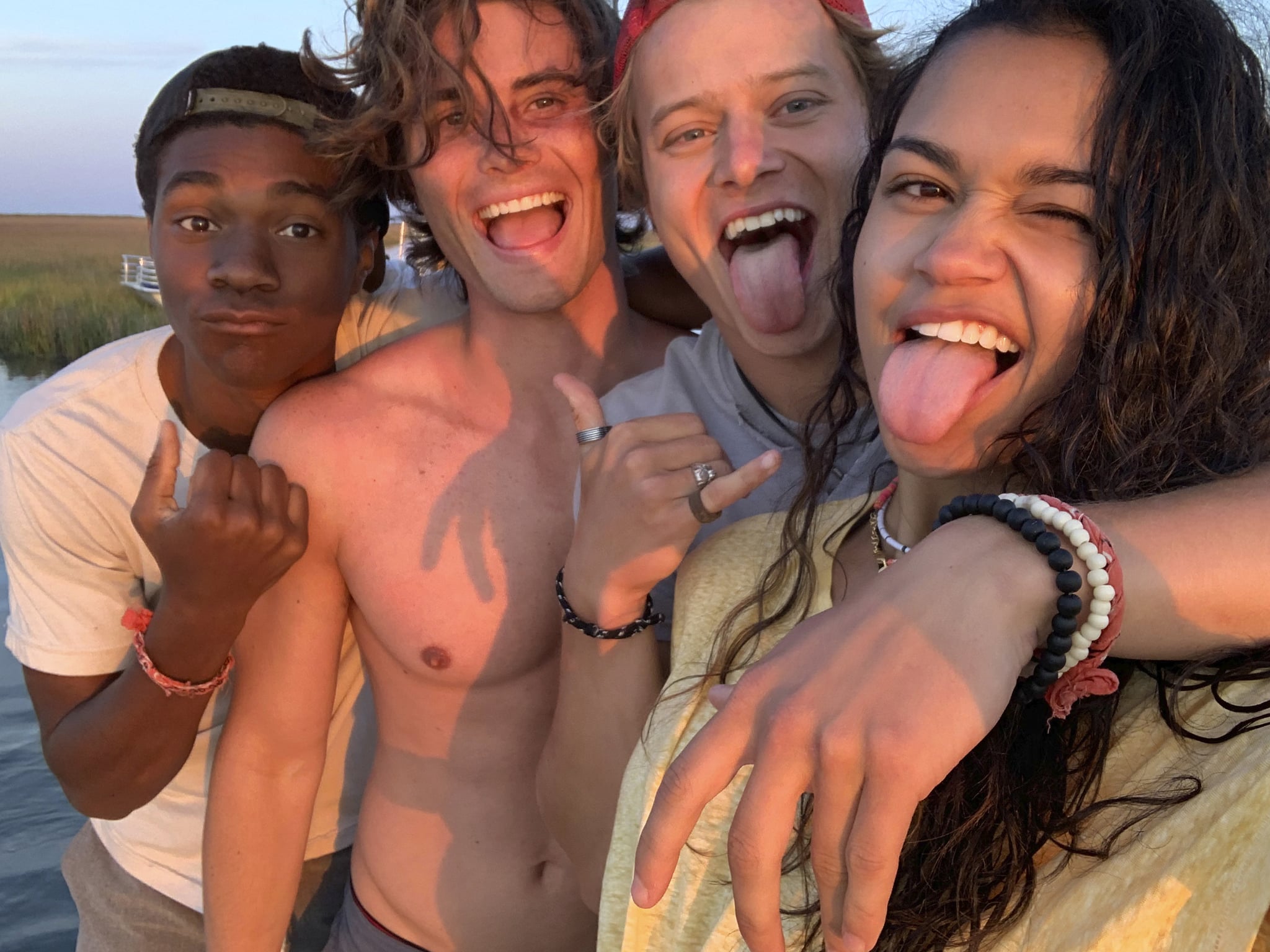 If there's one thing 2020's been good for, it's blessing us with the cast of Outer Banks. Their close friendship is instantly palpable — both on screen, as their characters band together to hunt down hidden treasure, and off screen, as they hang out in real life after the cameras stop rolling. And according to Chase Stokes, who plays protagonist John B on the hit Netflix series, their tight bond formed instantly.

While speaking with the 27-year-old actor about his partnership with plant-based food brand Sweet Earth, he recalled meeting his costars — including Jonathan Daviss, Madison Bailey, Rudy Pankow, and Madelyn Cline — at their first table read. "We all kind of looked at each other and were like, 'OK, so here we go on this journey.'" The table read was followed by a group dinner outing, and the next morning, they dove right into boating lessons so they could learn to safely navigate the coastal waters of South Carolina, where the show is filmed . "[It] was kind of the perfect recipe for an awesome start to a friendship that's now family," Stokes told POPSUGAR.

"Honest to God, we could probably make another 10 episodes of just blooper reels."

Any fans who closely follow the OBX cast members on social media know their friendship involves plenty of "tomfoolery," as Cline often describes it when sharing behind-the-scenes pictures and videos on Instagram. Those shenanigans often go down on set, too, which make it quite challenging to hold it together in front of the cameras, Stokes admitted. "There's so many comedic moments, especially with Rudy and JD [Jonathan Daviss], where I've had stomach cramps from laughing so hard," Stokes said. "Honest to God, we could probably make another 10 episodes of just blooper reels between all of the obnoxious things going on in that show." Umm, yes, please! We're holding you to that one, Stokes.

At the end of the day, the costars-turned-BFFs put their hijinks aside and filmed an entire season of enthralling, bingeable episodes, free of bloopers. "I'm very fortunate that not just me, but we all take the craft very serious and we all are very respectful of each other's personal space when it comes to getting into character and taking those moments," Stokes told us.

Related:
We Talked to Chase Stokes About Books, Workouts, Singing in the Shower, and More 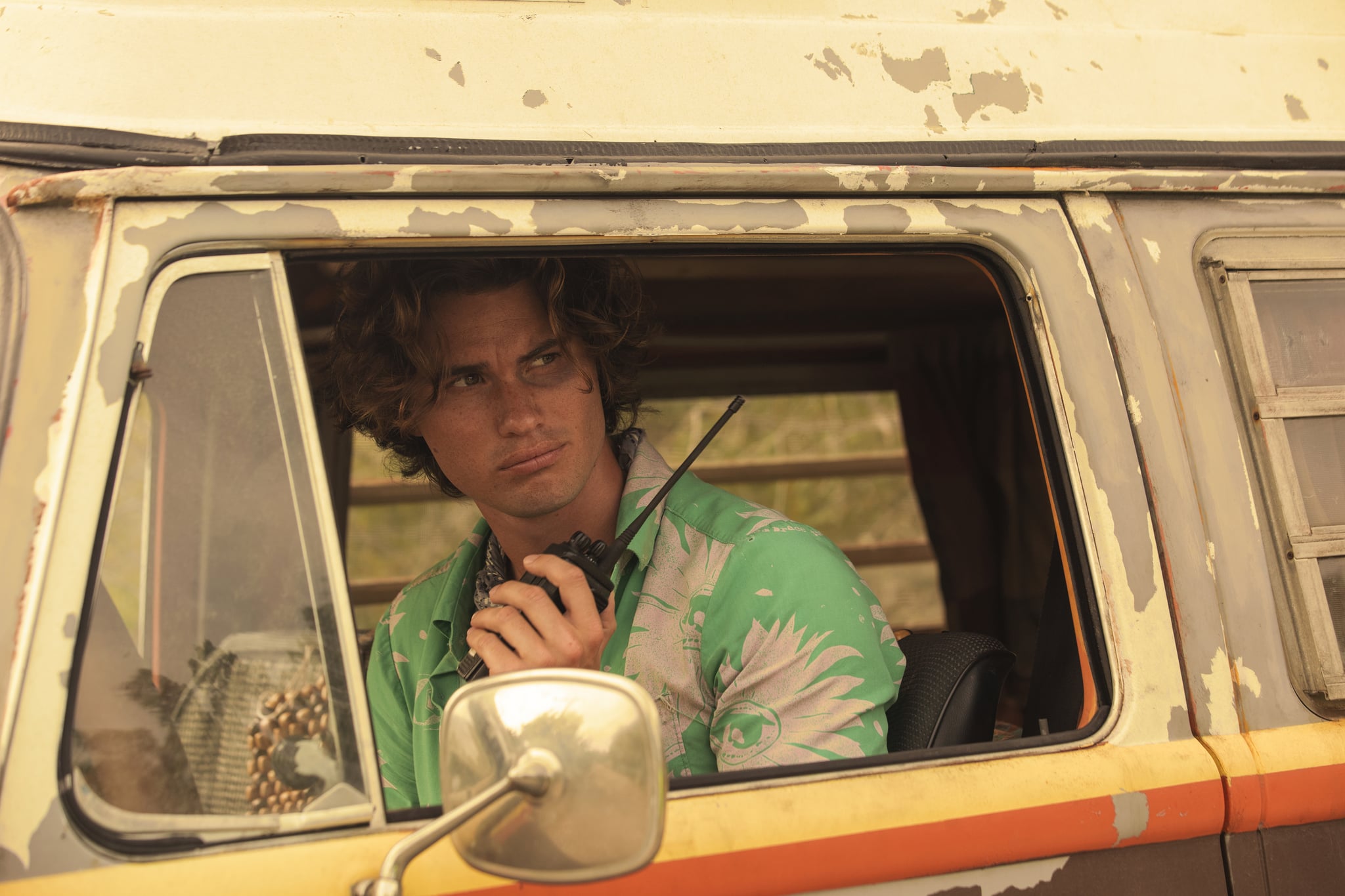 Getting into character as John B meant putting himself in the shoes of a teen living on his own after his father goes missing at sea and is presumed dead. "I think the interesting thing for me was trying to layer it throughout the season, because he really starts with this idea of his father being dead," he said. "I just sort of tried to create nuances in the way that he walked, the way that he would put himself in circumstances. So it was kind of a deep dive."

Stokes used his own personal experience with the passing of a loved one, his grandmother, to help him through. "I unfortunately had lost my grandmother a couple of months before we started Outer Banks, and I had to actually go back to Florida for the funeral, I think it was three weeks into shooting. So that was a major motivation and draw for me was my grandmother," he told POPSUGAR.

"Season one was kind of an ode to my grandmother in a weird, beautiful way."

And it sounds like his grandmother was watching over him as soon as he got back to work. "She would always talk about seeing things in threes, and her favorite animal was a dolphin," Stokes shared. "The first day we went to work on set, we were shooting at the Chateau, which is my house. I walked out on the dock and on day one saw three dolphins. So it was just very cool, sort of surreal moment where I was like, 'OK, she's with me,' and just allowing her to kind of guide me through it. So season one was kind of an ode to my grandmother in a weird, beautiful way."

Now that Netflix has officially renewed Outer Banks for a second season, we know we'll be getting more glimpses of John B's signature bandana in the future — but that's not all that Stokes's future holds. He's also set to play the role of TJ Forrester in One of Us Is Lying, a mystery drama series based on Karen M. McManus's young adult novel of the same name. The show will be on NBC's new streaming service, Peacock, although the cast still has to finish filming the rest of the first season once the pandemic allows it.

Perhaps even more exciting for John B and Sarah Cameron shippers in particular: Stokes and his onscreen and real-life girlfriend, Cline, are teaming up with Norwegian DJ Kygo for a pretty cool collaboration. "Maddie and I are doing a music video to one of his new singles coming out later this year," Stokes said. "So that will be . . . a little teaser for fans to stay excited for hopefully whenever season two comes around. We'll have something to keep them entertained. It's a really, really cool song. I'm super pumped to be a part of it." 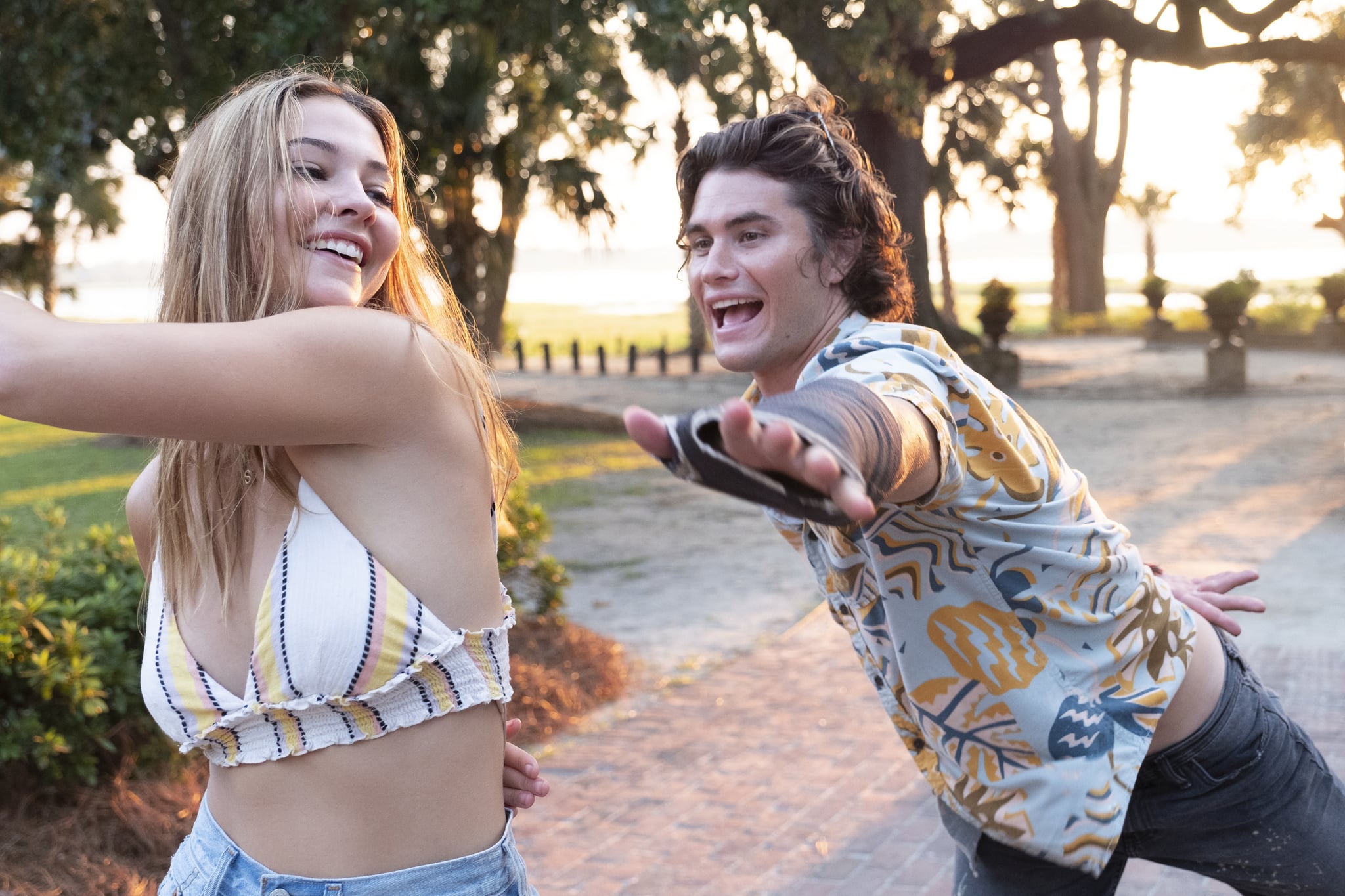 TV
Mitchell Slaggert Talks Jackson and Kimberly's Relationship in "TSLOCG": "You Root For Them"
by Monica Sisavat 15 hours ago