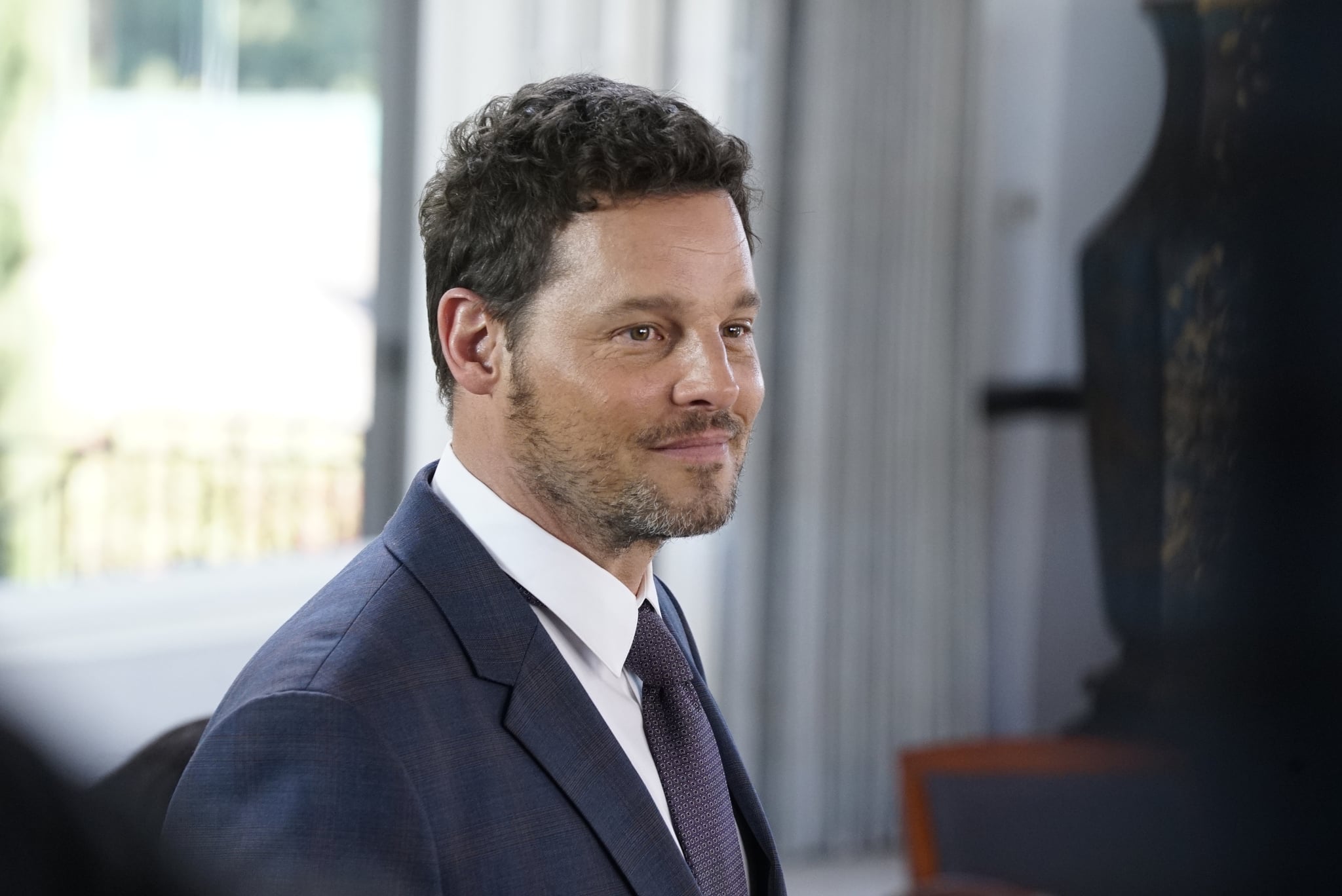 I've devoted countless hours of my life to watching Grey's Anatomy because I love the tears and the drama between all of the natural disasters, health scares, and surprise babies. In a way, I watch the show to be emotionally manipulated — great television moves people, right? Yet Alex Karev's inevitable write-off in "Leave a Light On" felt, well, deliberately emotionally manipulative. While I don't envy the writers navigating Justin Chambers's midseason exit, I couldn't help but feel betrayed by this goodbye after 16 years of investing in his character development.

So here's how Grey's said farewell to one of its core characters: Alex reaches out to Izzie Stevens during Meredith's hearing and receives big news. He then ghosts Seattle to move to a farm on Kansas, where Izzie had his twin children from the embryos that they froze together during her cancer treatment. (Truly wild, I have to give the writers that.) He pens letters to Meredith, Bailey, Richard, and, of course, Jo, explaining why he needed to leave.

Ultimately, the goodbye feels overly neat, simulating emotional closure without providing any real comfort at all.

For a while, I had to sit on why this episode irked me (and many others) so much. Ultimately, the goodbye feels overly neat, simulating emotional closure without providing any real comfort at all. Throughout the episode, Alex narrates the letters, but he doesn't sound like an anguished man who's ditching his closest friends whom he's known for nearly two decades. The whole ordeal feels crafted and contrived, as we get warm close-ups of his children throughout the narration. The show plays on past nostalgia as we see a flashback montage to Ingrid Michaelson's "Turn to Stone," his and Izzie's wedding song. We're supposed to feel like Alex made the right decision because Izzie is his true love, probably.

In a narrative sense, Alex's goodbye is understandable. Izzie leaves him with a Dear John letter, then eventually sends him divorce papers. Alex then does the same to poor Jo as he returns to Izzie to provide his children with a family he never had. Bittersweetly, Grey's completes this terrible circle of goodbyes. But as the showrunners aim for this poetic, emotional farewell for Alex, they do his characterization a great disservice. Alex has gone from, in Meredith's words, a "frat boy b*tch" to a stand-up man who takes care of his wife and friends. He's grounded, responsible, and steadfast. And even if he wasn't, he's not inherently the kind of guy who would leave Jo without facing her. He tackles things head-on. Yes, I realize there's his great romance from literally a decade ago and, you know, the kids. Still.

I'm not sure if death would have been the right choice for Alex, given how many people Meredith has already lost. Yet that ending would have offered Alex's character a quiet dignity. Now, even if he technically gets a happily-ever-after, he'll be the guy who deserted his wife. But as I chafe with his goodbye, I do realize there's no clean way for him to leave alive without Jo gone as well. TV turnover is a technical reality in the fantastic machine that is Shondaland. Alex's controversial departure reminds us that Grey's is creeping toward its inevitable end as the original cast leave one by one.