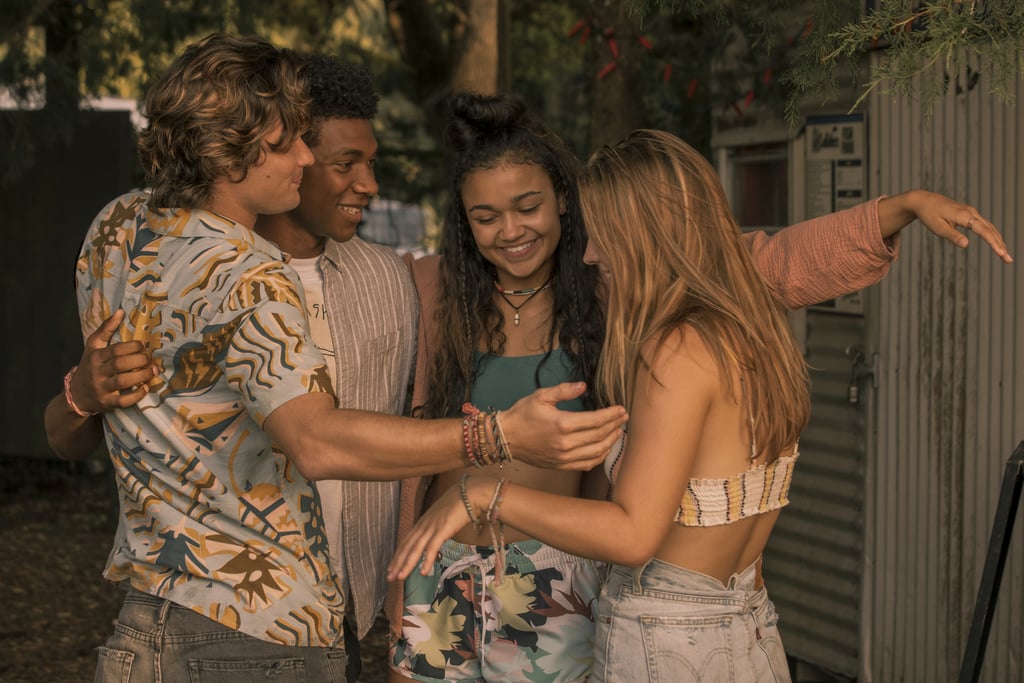 Outer Banks: A Refresher on Where the Pogues and Kooks End Up in Season 1

Outer Banks season two premieres on July 30, and it has us thinking back on the first season that made us fall in love with the show. After getting acquainted with the Pogues — John B, Kiara, Pope, and JJ — in the first episode, the group eventually go on a fun and somewhat dramatic adventure to find a mysterious treasure. While they do eventually find the hidden gold, it ends up slipping right through their fingers when Sarah Cameron's father, Ward Cameron, who has been hunting for the treasure for years, steals it for himself and ships it off to the Bahamas on a private plane.

In a heated confrontation between John B, Sarah Cameron, Ward, and Sheriff Peterkin at the tarmac, the latter ends up getting fatally shot by Ward's son Rafe. In an effort to cover up his own crimes and protect his son, Ward frames John B for the sheriff's murder, leading to a wild season one finale. As the Pogues try to get John B and Sarah Cameron out of town, they are faced with a number of setbacks, including a huge storm. Ahead of the season two premiere, here's a quick recap of what all goes down.