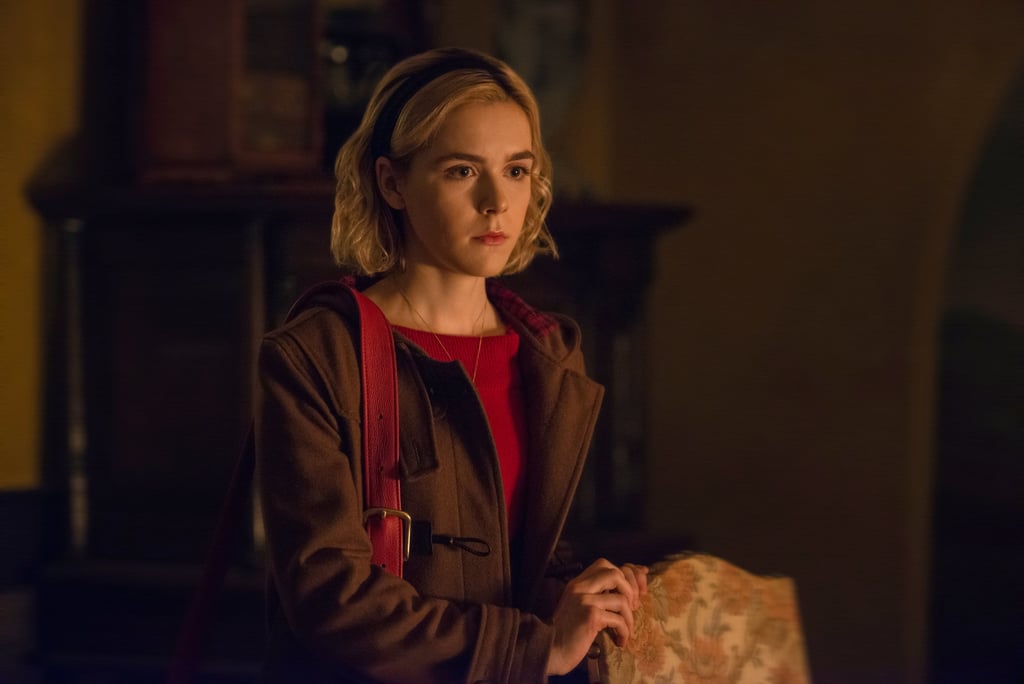 Heads Up, Parents: Chilling Adventures of Sabrina Is Not For Kids

For most people, Sabrina the Teenage Witch conjures up images of the late '90s/early 2000s sitcom or the brightly colored pages of your favorite comic book. The ABC comedy was a staple in the family-friendly TGIF lineup, full of lighthearted teenage hijinks and wholesome sitcom banter. Aside from an occasional innuendo from the ever-snarky Salem, nothing was inappropriate for even the youngest viewers.

Netflix's reboot, Chilling Adventures of Sabrina, is not that show. The basic premise remains the same: Sabrina Spellman is a half-mortal, half-witch teenager who is approaching the magical milestone of her 16th birthday and must figure out how to navigate her blended identity in both worlds. Aside from that, however, the Netflix series has little in common with its predecessor. Instead of slapstick comedy and goofy humor, Chilling Adventures embraces the darker side of its world of witchcraft, with all the creepiness and violence that entails. It still has a sense of humor, but the aesthetic as a whole is much more of a retro-horror vibe than anything else.

If you have younger children, it might be better to stick with old Sabrina the Teenage Witch reruns for now. Teens would probably be fine with Chilling Adventures's darker tone, but you know your family best, so if you're debating whether or not to stream the series as a family, read on for our comprehensive guide.

Warning: minor spoilers for Chilling Adventures of Sabrina lie ahead.

by Alicia Geigel 44 minutes ago