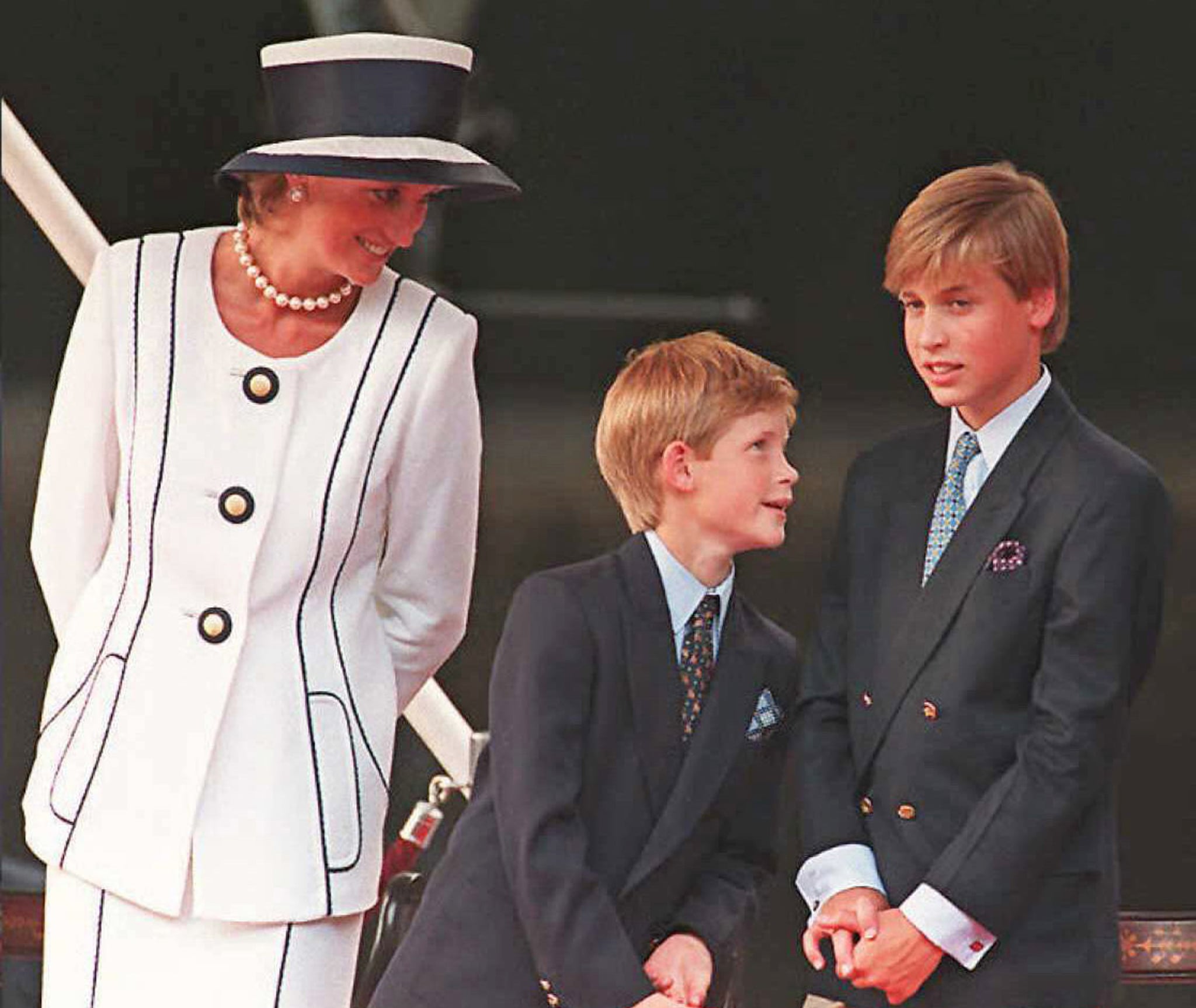 I'll never forget the photo. It was in a magazine my mother had tossed aside. I was young, just a child, but I still loved looking through her magazines. I remember flipping through it carefully, not wanting to tear a page and lose my magazine-reading privileges. Midturn, I stopped. There she was — Diana. As a freckle-faced redhead from nowhere Oklahoma, the tall, blonde, chic royal who did things her way seemed to inhabit another planet rather than just a different continent than myself. During her prominent media years, I was young, but I remember understanding that she was important, that she was different, even then. The photo that caught my eye so many years ago illustrated one of the primary ways she, still to this day, inspires the parenting style to which I ascribe. Diana knew how to have fun.

In the photo, Diana and her sons, William and Harry, were scrunched together in a water log ride at Thorpe Park. They'd just finished a water ride and were all dripping wet while bearing effervescent grins. Though William and Harry are joyous, it's Diana who wears the widest grin and who is practically leaning out of the log, guffawing with laughter. Aside from her striking looks, there's no indicator in the photo that she was, at one time, the Princess of Wales. In the picture, her hair was messy and wet, cut short like my own mother's hair; her makeup was streaky and mussed and, though I'm sure Diana's were much more expensive, her thick hoop earrings were similar to the ones I'd seen my mom wear to work. Diana was a princess, yes, but she was also a mom who played with her children. 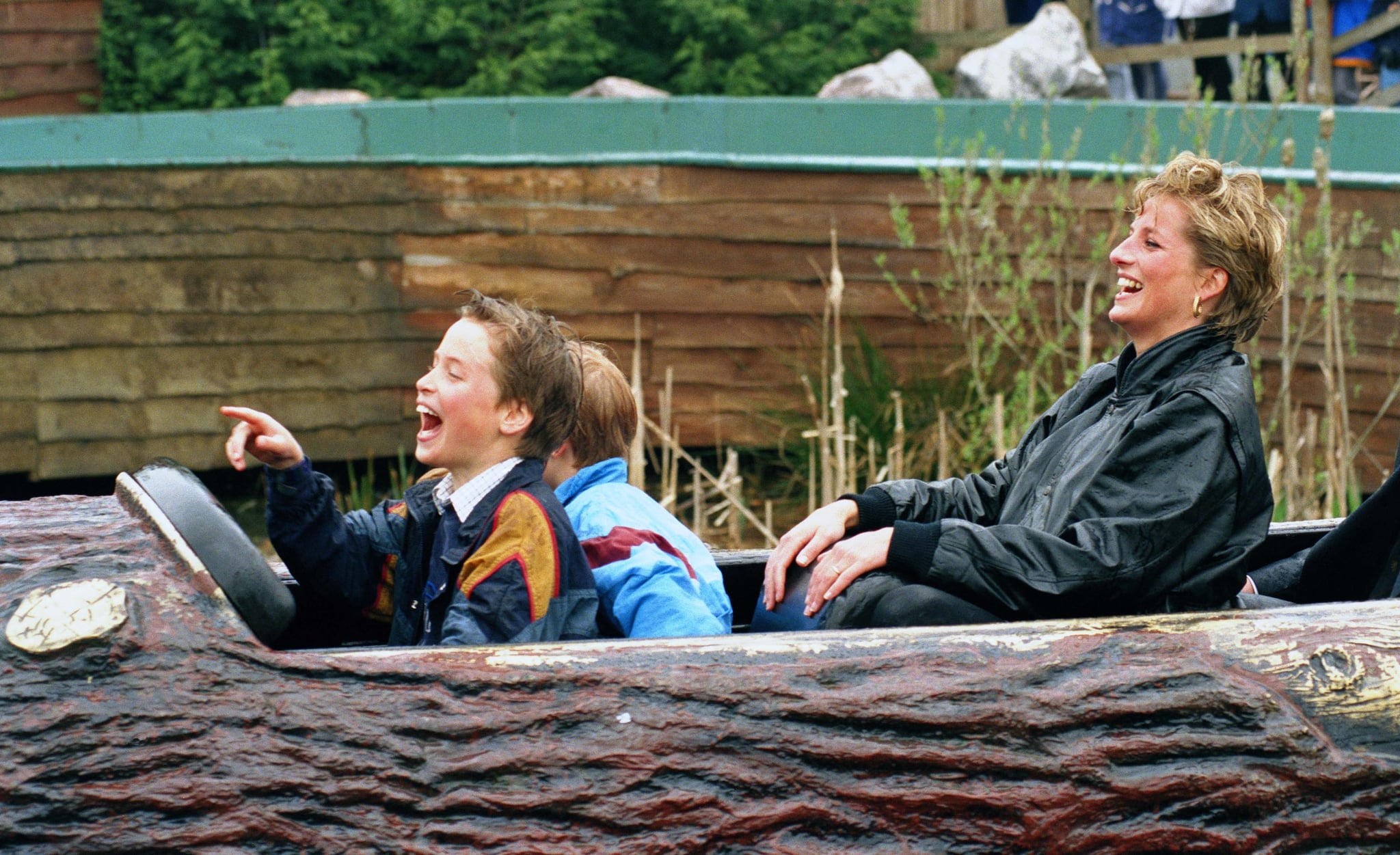 Though this may not seem like a revolutionary thing, in Diana's world of strict rules and traditions (not to mention having a world of eyes on you), letting go and having fun with her children was actually an act of rebellion. And it's an act of rebellion that's stuck with me. I remember, even as a young girl, telling myself, "I want to be like that. I want to be silly and fun with my children." This is echoed in one of Diana's most famous quotes: "I don't go by the rule book. I lead from the heart, not the head."

I know now what made the photo even more unique was its timing. At the time it was taken, Diana was going through her divorce with Prince Charles and working to find her place and purpose after leaving the crown and the royal family behind. But throughout her marriage struggles and the paparazzi's obsession with her and the royal drama, Diana still dedicated time to laugh and play with her two precious boys. It's a decision that left a mark on her children. In the recent HBO special, Diana, Our Mother: Her Life and Legacy, Harry talked about his mother's childlike way of parenting and living, saying, "Our mother was a total kid, through and through. When everybody says to me, 'So she was fun, give us an example,' all I can hear is her laugh in my head. That sort of crazy laugh of where there was just pure happiness shown on her face. One of her mottos to me was 'Be as naughty as you want, just don't get caught.'"

In my own family, I've made the decision that I'm going to play with my children as much as I can. I'm going to laugh and take time to get on their level and genuinely engage with them, no matter how crazy or how stressful my day becomes. I will let them know that they matter, that childhood matters. I'm thankful for Diana's courage to live out her convictions and beliefs. She taught me the importance of grace, elegance, and kindness, yes, but she also showed me that fun, childish laughter matters, too.