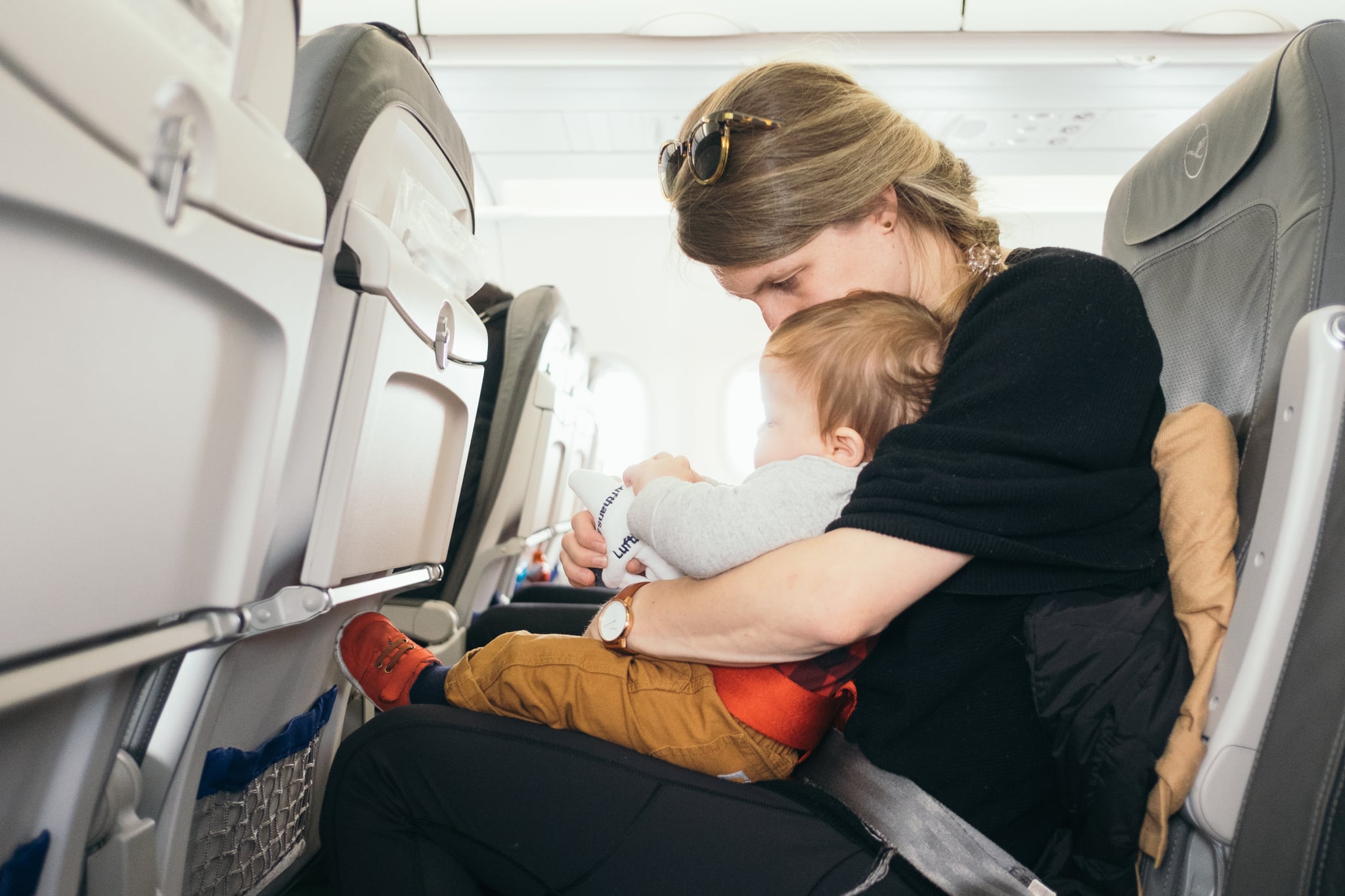 It was the first trip we'd taken after losing our pregnancy, and I couldn't handle much. Deep breaths in and out. A smile at my kids. Getting to Disney World and attempting to take in the sights and smells was my only goal. Just get there, I'd repeat to myself. I'd wanted this time away with my family so we could smile again, if only for a few moments here and there. But the trip was bittersweet. From the moment we left, I was already dreading returning home, back to the reality of what had happened. So, when we arrived at the Orlando airport after our time away only to find out our flight was delayed by several hours, you'd think I would have been happy we could stay just a little bit longer. Instead, the unexpected turn of events filled me with anxiety and dread.

I thought often about the lady on the plane. How she couldn't have known what I was going through that night. How she was in the same boat we were. How she could very easily have pretended not to notice my quiet sobs.

I remember sitting on the floor by the ticket counter, staring off into space. Worst case scenarios filled my head. What if we didn't take off that night? What if we couldn't get a hotel room? What if the kids started acting out of control and I couldn't deal with it? Since our loss, I'd been having a tough time getting through the day when everything went right. When things went wrong, I fell apart, and our flight delay was proving to be no exception. Somehow, my husband convinced me to get up from the floor, and I practically sleepwalked to a restaurant so we could eat. Meanwhile, periodic flight updates pinged our phones, and things went from bad to worse. We wouldn't take off until midnight, almost six hours after the planned time. My body practically vibrated with anxiety as I pictured the two-hour drive home with three kids once we landed at the airport at 2:30 a.m.

Related:
Why You Should Take Your Kid on Vacation as Often as Possible

Entertaining the kids in the terminal for the next five hours was about as challenging as I'd envisioned. When running back and forth got old, they colored, snacked, and ran around again before exhaustion set in. At one point, all of my daughters were crying, and so was I. I felt physically and emotionally drained. Every little incident felt like the biggest problem in the world, from their fights over crayons to their repeated requests to go to the bathroom. Bottom line: I wasn't coping with this delay as well as I usually would under different circumstances.

Once we finally boarded the plane, the kids' whining only escalated. They were so overtired, and who could blame them? I was barely hanging on myself, and my tears were flowing freely now. I cried out of exhaustion and out of grief. I can only imagine what other passengers thought as my kids and I basically sobbed our way to our seats. My husband was doing his best to calm us all down, but it was a bad scene. Mercifully, once the plane took off, at least my little one fell asleep. But I wasn't even trying to keep myself together at this point.

A woman with several tired kids of her own was sitting in the row in front of us, across the aisle. She clearly had plenty to contend with herself, but I noticed her looking back at me every so often with a concerned look on her face. I heard her say something to one of her children about a sweet mama being upset. She finally leaned over and asked gently, "Do you need me to watch your babies?" Babies? My kids aren't babies, was my first thought. I don't know why I wasn't immediately touched by her kind gesture; I guess I felt too overwhelmed to take it in at that moment. I shook my head and went back to being miserable.

It wasn't until later that I realized just how meaningful it was that a total stranger even cared about me. In fact, in the following months, once the fog of my grief dissipated slowly, I thought often about the lady on the plane. How she couldn't have known what I was going through that night. How she was in the same boat we were, with kids up much later than usual, cramped, hungry, tired, and ready to be in their own beds. How she could very easily have pretended not to notice my quiet sobs. How she could have judged me for how poorly I was seemingly handling a simple flight delay. Instead, this stranger showed me compassion, on a plane of all places, where decency goes out the window in far too many situations. This was late at night, when every soul on board our flight had expected to be at home already, not just starting the trip.

I see today it's the kindness of others, both from those I know and those I don't, like that mom on the plane, that have helped me in my recovery from our awful loss. So even though it was a long time ago now, I wish I could thank her for seeing my struggle, for not judging me, for putting her own challenges aside and offering to help me, and most of all, for proving that no matter what you're going through, there's so much good in the world, even at 30,000 feet.