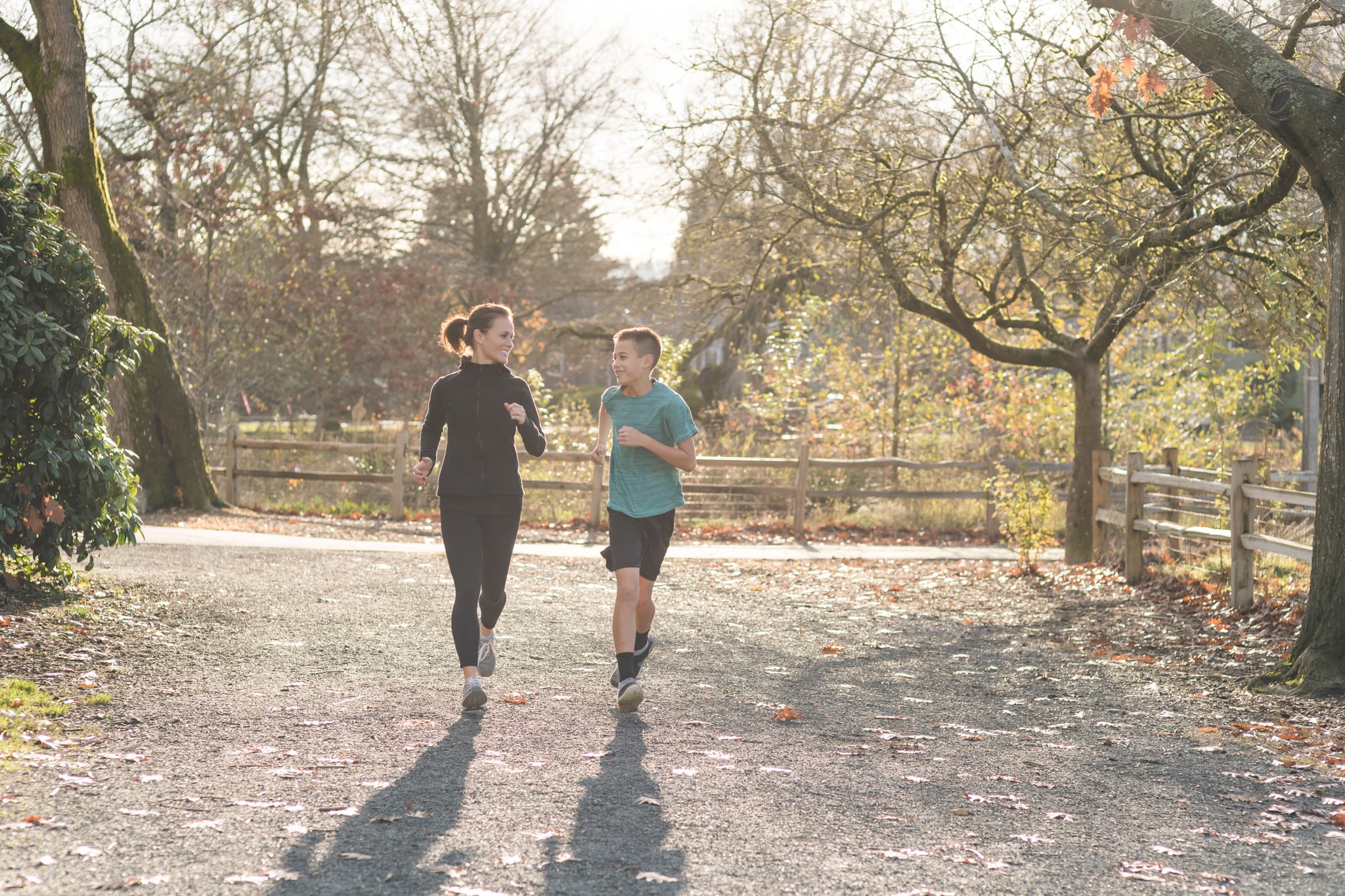 The first time my 9-year-old came to me with concerns about his weight and physical appearance, I wasn't prepared. I thought I had years left before battling the ancient demons of low self-esteem and peer pressure. I fought the urge with every cell in my body not to become the parent who rushes to her son's side and batters him with assurances that he's perfect in every single way. I want him to develop a healthy sense of self-esteem and a realistic sense of how he can grow as a person, even though I, of course, think he's perfect.

"Mom, I think I'd like to start eating less." "Is my stomach too big?" "Why don't I look like the other kids?" My son has asked me all these questions on different occasions. But when he asked to skip dinner, I knew this was an insecurity that needed to be addressed. But I was at a loss for how to respond. On the one hand, my son has always been at the top of the growth chart for both height and weight, and there exists extensive research on the dangers of childhood obesity. Yet, it's difficult to address the challenge of healthy living without adding to the already salient topic of weight and appearance.

According to The Journal of Pediatrics, half of all children ages 9 to 14 report some kind of dissatisfaction with their bodies. Most girls want to be thinner, while boys frequently wish to be more muscular. In a modern culture dominated by superhero movies and rampant social media photo editing, body image issues are on the rise at an almost epidemic level. Unfortunately, that meant my son's questions probably weren't a fluke or a passing phase, but rather something more like a rite of passage into the turbulent years of adolescence.

Related:
6 Clever Ways to Get a Workout In, All With Your Little Kids in Tow

So, I started to think of healthy ways to reframe his distress into something positive that he could use to motivate incremental changes in his life. The CDC recommends that all children should get at least 60 minutes of vigorous physical activity every day. Sounds simple, right? But by the age of 9, most children fail to hit that benchmark, and my son was no different. Between school, homework, and Minecraft play dates, my kids were lucky to get a full hour of exercise three days a week. But if I signed him up for any more evening activities, I'd forget what he looked like. I needed something that brought us closer together, not further apart. And I needed it to fit with the rest of our lives.

"Remember in Avengers: Endgame, when Thor started eating junk food and he could barely get out of his recliner to help the Avengers in a fight?" I asked. "He felt tired all the time and didn't believe in himself. But once he made a few small changes, he felt more confident and ended up being an important part of the team. Getting in shape is about how you feel. Not how you look." We talked about small ways to be more active like taking stairs instead of elevators, walking to the grocery store instead of driving, and taking frequent screen breaks to go outside and play.

He nodded slowly as the information sank into his superhero-obsessed brain. I could almost see the gears turning in his mind: "well, if it's good enough for Thor . . . " But then he surprised me. "Mommy, do you exercise every day?"

And that's when I realized that as much as he admired his comic book idols, I was the person he was imitating. He wasn't looking for a superhero; he was looking for a role model.

Turns out, my son wasn't the only one who needed to rethink the idea of fitness as a lifestyle rather than a number on a scale. When I suggested that maybe we could both try running together, his eyes lit up. I searched for Couch to 5K apps on my phone and looked up local races being held a few months down the road. He sheepishly asked if he'd be able to keep up with me, and I assured him that I was going to have to work just as hard as him to get ready for our big race. And that the more difficult our workouts became, the more pride we'd feel when we finally crossed the finish line of our first 5K.

We treated each session as an opportunity to feel better, sometimes physically and sometimes mentally. The transformation was almost immediate. At first, I played the cheerleader; every time he'd say he wasn't sure he could keep going, I'd cheer him on. And he'd keep running. By the second week, he was encouraging me.

I also noticed him using the same attitude in other aspects of his life: homework, martial arts class, and even video games. Not only had running improved his mental and physical health, it had planted the seeds of grit. He'd get stuck and frustrated with a task — something that used to result in epic tantrums, quitting, or both — then I'd hear him muttering under his breath: "I ran two miles today. This is nothing."

Related:
7 Ways to Ensure Your Child Has a Healthy Relationship With Food

Running together also brought us closer emotionally. For the first time in my son's life, for these brief 30-minute workouts, he and I were equals. We were both learning, together. And my son rose to the occasion. It was like watching him grow and change with each stride. He'd ask me about my day, how I felt, whether I liked certain shows and movies, and whether I ever worked out with my mom when I was a kid. The excitement of seeing his mom as a person rather than an infallible adult was palpable, and it was addictive.

Each time he found something we had in common, it propelled him forward. As a parent, it's easy to fall into the pattern of instructing and educating children rather than joining them in the adventure of exploring their world. Training for a 5K with my son reminded me that healthy attitudes and habits aren't something you can teach, they have to be earned like each step, each minute, each mile. We probably both shed some extra pounds, but we never bothered to measure.

Physical fitness is about so much more than appearance, and both he and I have never felt better.