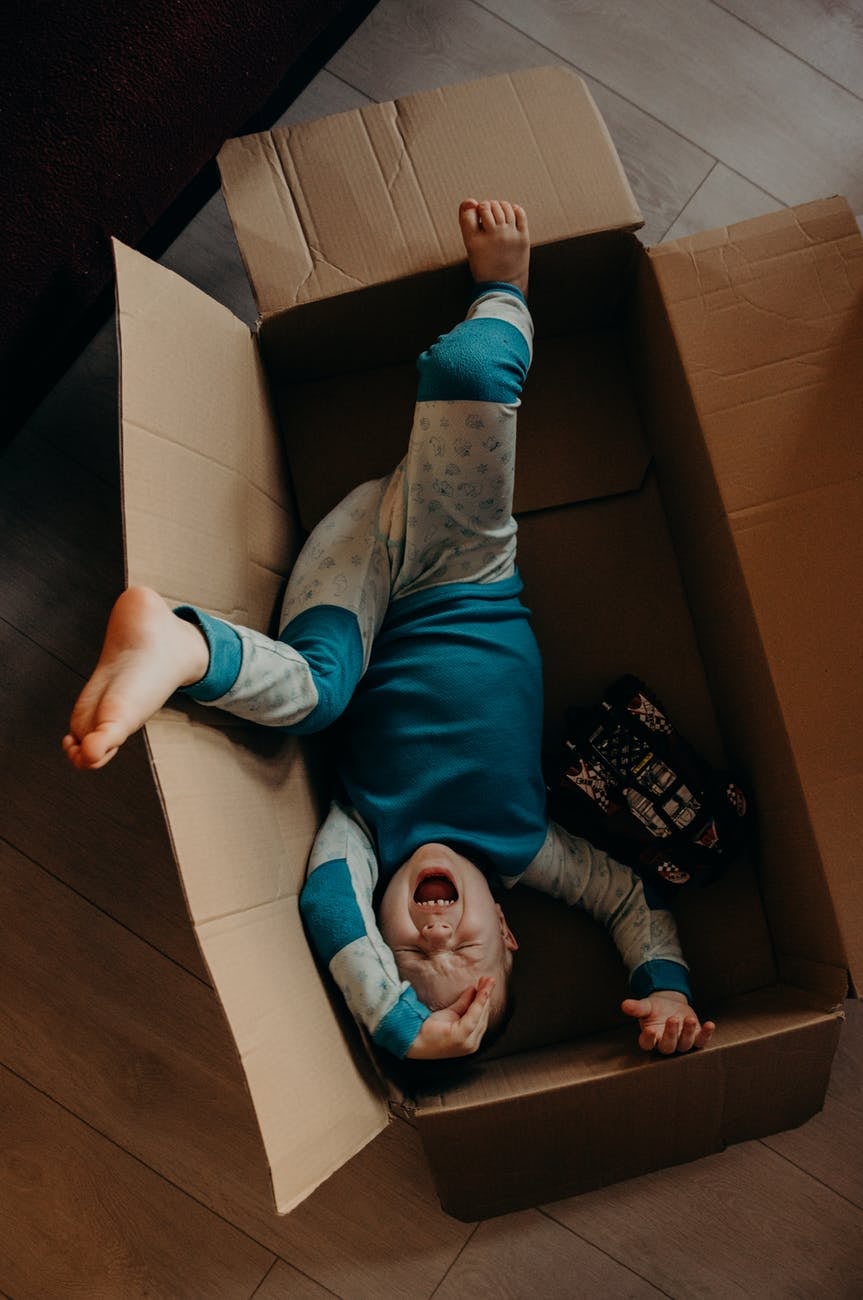 Recently, my kindergartner was throwing more tantrums than she'd seemed to even in preschool. I felt like I had tried it all, but I refused to give up. I read the timeless parenting book How to Talk So Kids Will Listen & Listen So Kids Will Talk by Adele Faber and Elaine Mazlish. While there are several takeaways from the book, one featured skill has proven to work wonders in controlling everyone's tantrums in our family: labeling your child's emotions.

Picture this: your child is making a craft and trying desperately to cut on the line. She fails — over and over again. Finally, tears and yelling ensue, leaving you helpless as a parent. Instead of holding her or trying to make it better, you simply say, "You're frustrated." She looks up at you, takes a deep breath, and says, "I'll try again." Really, that's it. By simply validating your child's feelings, they feel seen, heard, and, most importantly, understood.

Isn't that all everyone wants? Children are often told to "be quiet," "calm down," or "let it go." To their developing minds, they're really hearing, "Stop showing your emotions." What a shame. Children need to understand that having their emotions and feelings is perfectly normal, even through adulthood. Yes, they need to learn to control them at times, but having them is more than OK. This is why labeling your child's emotions works wonders. In our house, we've even been labeling parents' emotions.

Children need to understand that having their emotions and feelings is perfectly normal.

As parents, there are times when we simply can't give our kids the attention they yearn for. So they do anything to try to get it. For example, cooking dinner in our home can become a giant obstacle. The kids will do anything to get my attention: fight, throw a Frisbee at my back, set up their Lego tower at my feet, you name it. One day, my daughter was playing with a balloon, batting it here and there, and found a way to crash Mom into the stove (fun times). After a few failed warnings, I took a couple deep breaths in an attempt to stay calm. I bent down to her level and said, "Please do that in another room because that is beginning to make Mommy feel very angry — and I don't want to yell."

I stood up, stunned. After labeling my own emotions, I realized that it's vital that parents do it, too. Our children should understand that just because it's easier for us to control our feelings doesn't mean that we don't have them. Furthermore, they need to understand some boundaries. My kids argue — a lot — but this idea of setting boundaries has worked well with them as siblings, too.

Everything is a competition and nothing is fair. They love to get in each other's face and tick each other off, just because. My son (who's older) has done a particularly good job of telling her how her actions affect him. Daily, he'll let his sister know how her tiny annoyances make him feel "stressed," "angry," or "sad." She persists sometimes (I mean, what are little sisters for?), but it has helped. He doesn't immediately resort to yelling and at least tries to remain calm.

Related:
A Mom Is Speaking Out After She Was Told to Stop Babying Her 4-Year-Old Son

Of course, labeling emotions doesn't work every time. The other afternoon, my daughter was getting really frustrated when she was trying to put the tiny shoes on all her Barbies and some of them just weren't staying on. Her huffs and puffs escalated.

"I can see you're frustrated," I said to her.

She looked at me and her face grew red. "Of course I'm frustrated!" she yelled. "Anyone can see that!"

But I pressed on. "I'd be frustrated, too," I said, remaining as calm as I could.

My daughter took one giant breath and decided all on her own, "I think they'll just go barefoot."

Now that we've adopted this simple skill in our home, my children live in a house where they are free to have emotions. They don't have to suppress them or bottle them up. Yes, we still work on how to control the tantrums and yelling, but they've improved drastically. Hopefully, this method will prove to better my kids' relationships as they grow older, because they'll understand that it's OK not only to have feelings, but to vocalize them, too.